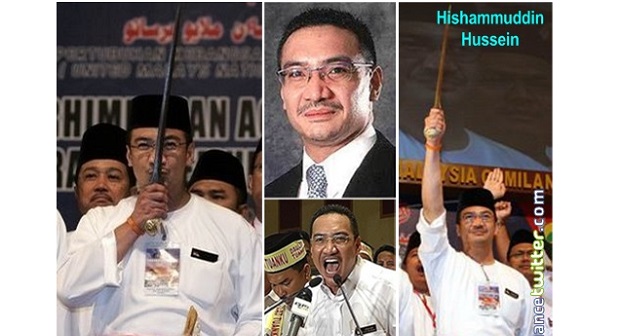 The Defence Minister and former Umno vice-president informed his inner circle during a hush-hush meeting at his residence last weekend that he has made up his mind to go for either the presidency or deputy presidency of Umno.

He asked his team to go out and gather feedback so that he can decide which post to contest.

“It is no secret that he was planning to contest a party post all along. The only question is which post. Anyone can contest and the party needs a leader,” said Segamat Umno Youth chief Bastien Onn.

Besides, Hishammuddin is currently stuck in some sort of no man’s land – a political heavyweight without a party post. He will be 61 soon and time is running out.

But why is Hishammuddin talking about contesting the Umno election at this point in time?

Does he know something that we don’t?

Well, the buzz in Umno is that the party may be compelled to hold its election this year instead of next year.

The Registrar of Societies (ROS) has yet to respond to Umno’s request to amend its constitution to allow the party the option of holding its election six months after the general election.

“Why is ROS sitting on our application? ROS allowed MCA and Parti Gerakan to make the same changes to their party constitution,” said supreme council member Datuk Seri Sharkar Shamsudin.

Umno deputy president Datuk Seri Mohamad Hasan, when contacted, confirmed there has been total silence on the part of ROS since Umno submitted its request on May 17.

It is not a good type of silence because ROS normally responds efficiently.

“It is not fair of ROS to act this way. Give us an answer instead of making us wait like this. If it is a yes, thank you very much.

“If it is a no, also thank you very much. We can then make preparations to hold our party election. ROS must respond or else we may have to get a court order,” said Mohamad.

The Umno election will have to take place by December if ROS rejects the constitutional amendments.

Mohamad, in his capacity as Umno management committee chairman, has instructed secretary-general Datuk Seri Ahmad Maslan to write to ROS, requesting an answer by the end of July.

The Umno rank-and-file can sense an impending party election. Hence, the string of memes depicting potential election line-ups in Umno.

There was also a chart showing Mohamad going for the president post with Datuk Seri Khaled Nordin as his running mate.

Another chart showed Mohamad challenging Ismail Sabri for the presidency with the No 2 slot contested by Hishammuddin, Annuar and Datuk Seri Mahdzir Khalid.

All this is probably the work of people with lots of time on their hands but these people do seem to understand the dynamics in the top echelon.

Meanwhile, the blame game has begun, with fingers pointed at the Home Ministry.

Home Minister Datuk Seri Hamzah Zainuddin is about to become Umno’s public enemy No 1 since ROS comes under his purview.

Unless the Prime Minister steps in to untangle the delay, he will come across as being unable to control the Home Minister.

There are already accusations of sabotage and some in Umno even suggested that Ismail Sabri should find a new Home Minister.

Meanwhile, Ismail Sabri seems serious about going to the polls this year.

He told a recent meeting with state Umno chiefs that September or early October would be ideal.

The meeting was to discuss election preparations and it was the first time the Prime Minister had spoken so frankly about possible election dates with the state Umno leaders.

Ismail Sabri ruled out December as too wet. He said November was also risky because the weather had become unpredictable, given the big floods in Selangor last year.

September was deemed the most suitable because holding the polls in October would clash with the Budget.

One of the state chiefs pointed out that it would be better for the new government to table the budget otherwise Finance Minister Tengku Datuk Seri Zafrul Abdul Aziz would take credit for the Budget.

The divide between Umno and Bersatu will get more acrimonious if ROS does not give the green light.

Umno president Datuk Seri Dr Ahmad Zahid Hamidi has begun firing salvoes at Bersatu. He questioned the purpose of the National Recovery Council which has not come up with any useful proposals to cope with rising prices and cost of living.

Ahmad Zahid declared that the council headed by Tan Sri Muhyiddin Yassin was a failure and should be dissolved.

For now, the man to watch is Ismail Sabri. He is constantly being under-estimated because of what a Johor division chief calls his “muka kesian” or sorrowful-looking face.

But behind the “muka kesian” is a politician who is testing the ground, who does not put all his eggs in one basket and who is able to evaluate his rivals.

He intends to win the general election, become prime minister again and go on to win the presidency of Umno.

But first, he needs to get ROS to give Umno the go-ahead to amend its constitution.