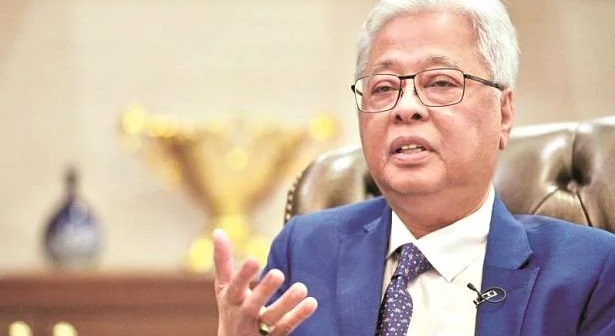 Ismail Sabri Yaakob has asserted that he is a Barisan Nasional (BN) prime minister, therefore any attack on him would weaken the coalition’s leadership.

“What happened tonight clearly shows outside parties trying to sow disunity among us,” he said during his speech at the BN supreme council members dinner together with Sabah BN leadership at the Umno building in Karamunsing, Kota Kinabalu, last night.

Ismail Sabri said as the 15th General Election (GE15) draws near, outside parties were trying their hardest to split BN’s unity.

He therefore reminded all BN members to work towards unity among themselves and to focus clearly on opposition parties and not attack each other.

“So why should we attack each other, except when we want to take on each other during party elections. That’s why character assassination happens. because we want to ‘kill’ each other, as we will compete against one another.

He said even though it is not known when GE15 will take place at this time, all BN members should be prepared and assume as if elections would be held tomorrow.

Ismail Sabri said the Sabah BN convention that will be held tomorrow will be an avenue to strengthen the party and needed to be the platform to determine the direction and foundation for the preparation for GE15.

He said the government will continue to try to ensure prices do not rise too high to ensure Malaysians will not face too much pressure and over RM70 billion has been spent on subsidies for selected products to control rising prices.