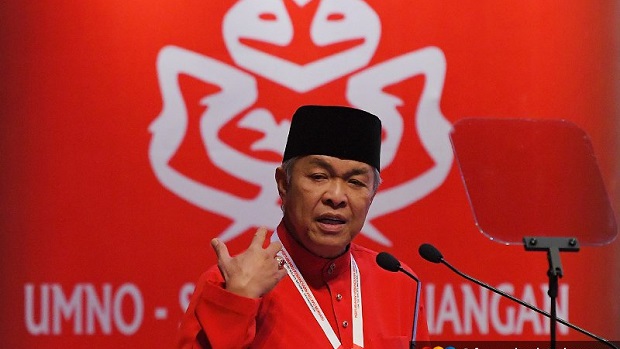 KUALA LUMPUR: Ahmad Zahid Hamidi has refuted the prosecution’s suggestion that he issued two cheques amounting to RM360,000 to a company to help Umno register voters.

Instead, Zahid said, the money was paid in 2015 and 2016 from Yayasan Akalbudi to TS Consultancy & Resources to print copies of the Quran.

“The money was given to print the religious books as it was in line with the foundation’s constitution to do charity work,” he said when cross-examined by deputy public prosecutor (DPP) Raja Rozela Raja Toran.

The prosecution contends that the company was set up by Umno to register voters, but Zahid, who is the party president, denies it.

Raja Rozela: I put it to you that the company was set up by your party.

Zahid: That is beyond my knowledge though I was then the party’s vice-president.

He said this matter was not discussed in the Umno Supreme Council.

During the prosecution’s case, it was revealed that the money was paid to company chairman Wan Ahmad Wan Omar, a former Election Commission deputy chairman.

Prosecution witnesses Jasni Majid and Sabri Said had testified that the money was used to register voters.

He also said that a RM10 million payment to Armada Holdings Sdn Bhd was an investment – the subject of another CBT charge.

“It was an investment and not to raise the paid-up capital of the company,” he said.

The prosecution contends that the money was a loan and such payment is prohibited under the foundation’s constitution.

The afternoon session of the trial was postponed as Zahid was unwell.

Lawyer Hisyam Teh Poh Teik told judge Collin Lawrence Sequerah that his client would be seeking medical treatment at the Avisena Hospital and an appointment had been made.

Zahid is standing trial on 47 charges of money laundering and CBT involving millions from Yayasan Akalbudi, and accepting bribes for various projects during his tenure as the home minister.

Twelve of the charges are for CBT, eight for corruption, and the remaining 27 for money laundering.