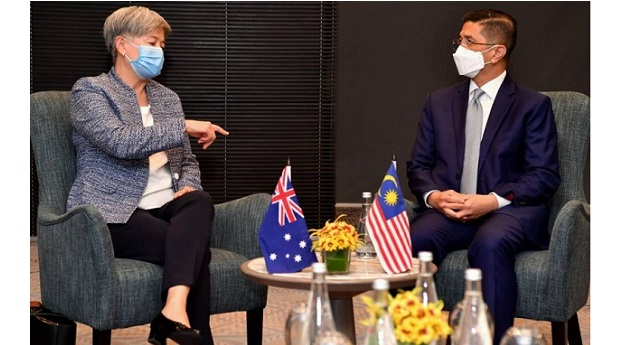 KUALA LUMPUR — Australian Foreign Minister Penny Wong began her keynote address in Malaysia today by reminiscing about her Malaysian roots and sharing an anecdote on the importance of education.

“I doubt my poh-poh (grandmother) could ever imagine it. Her name was Madam Lai Fung Shim. She was of Hakka descent,” the Sabah-born senator said.

Wong shared that her grandmother was barely literate when much of her family died during the war and she was left alone to raise her children in tough times.

“In times of struggle, I think of her, and what she had to endure. Her determination to survive, and to save herself and her children, is something from which I draw strength every day.

“Her son, Francis Wong, was a bright student who worked hard. His efforts earned him a Colombo Plan scholarship, to study architecture at Adelaide University. The opportunity to study was the opportunity that defined his life.

Wong said that education was a ticket for her father to climb out of poverty, and eventually move back to Kota Kinabalu and start a family.

“Dad brought back with him knowledge and skills. He became a notable figure in Kota Kinabalu, designing prominent civic buildings — although sadly, I am told many have been replaced.

“The value of that education has never left him. He always told me: ‘They can take everything away from you, but they can’t take your education’,” she said.

Wong said that both Malaysia and Australia have built great mutual respect and understanding based on education.

“Over the past 20 years, more than 125,000 Malaysians have studied in Australia, and many Australians are benefiting from education in Malaysia,” she said, citing Malaysia as one of the most popular destinations for Australian undergraduate students supported by the New Colombo Plan.

She then reaffirmed Australia’s commitment to building strong bilateral ties with Malaysia through other areas of cooperation that were signed in a comprehensive strategic partnership agreement by both countries last year. 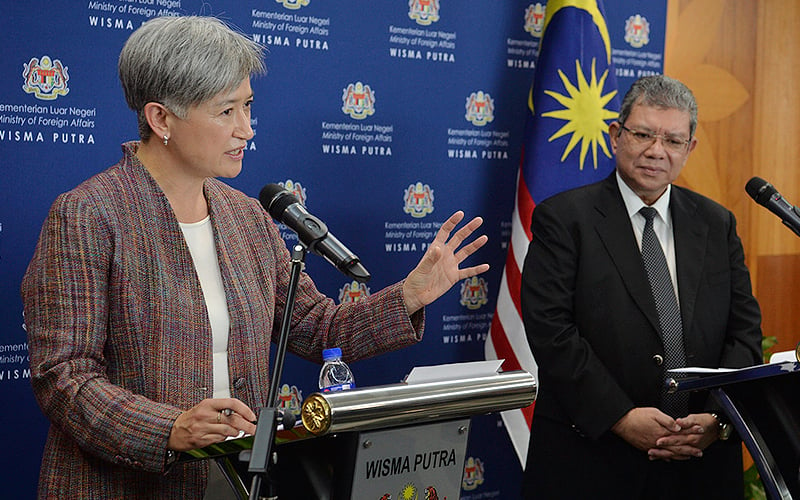 “This is a strong basis for deeper cooperation, but we can do more. Australia wants to work together on the challenges we both face, including food security, and health and pandemic recovery,” she said.

Wong is scheduled to visit Kota Kinabalu today — her first return to Sabah since taking on the role of Australia’s foreign minister.

Wong is the first foreign minister of Asian heritage and the first openly gay Australian federal parliamentarian and played a signification role in the legalisation of same-sex marriage in 2017. MALAY MAIL

KUALA LUMPUR— The Ministry of International Trade and Industry (Miti) today repeated its commitment towards enhancing bilateral and trade relations between Malaysia and Australia.

“Malaysia looks forward to strengthening even further its collaboration with the new Australian Government to nurture trade and investment relationship, given the convergence of both countries’ interests,” Azmin in a statement after the visit.

Azmin also reiterated Malaysia’s willingness to collaborate with Australia on a mutually beneficial pact, telling Wong that Malaysia was keen on agreements that would increase jobs, exports, encourage investments and promote growth for both nation’s economies.

Malaysia also welcomed the knowledge transfer from Australia with regards to supply chain management, framework and governance structure on six industries to strengthen the Malaysia-Australia supply chain, the ministry said.

Azmin also acknowledged the Australian government’s support with food standards, which he said would facilitate trade and serve the food security agenda of both Malaysia and Australia.

He emphasised that Malaysia would continue to coordinate with related agencies for further collaboration with Australian authorities.

Wong is on a three-day official visit here to reaffirm Australia’s commitment as a strategic partner to the region and discuss economic recovery, climate action, education ties, and health security.

Wong was born in Kota Kinabalu to an Australian mother and Malaysian father in 1968.  MALAY MAIL