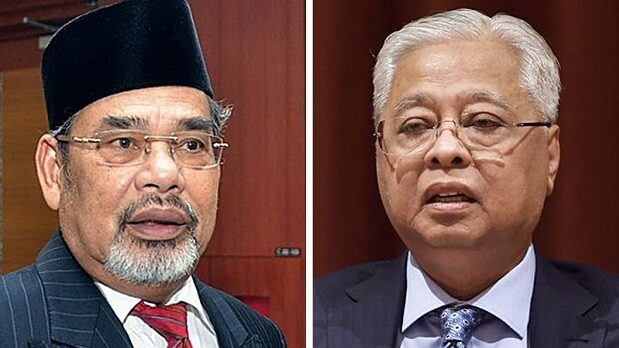 Umno Youth exco member Muqharabbin Mokhtarrudin said he respected the Pasir Salak MP as a veteran in the party but maintained that Tajuddin’s recent actions showed he did not deserve the envoy’s post.

“There are many other leaders or former top government officials who are more qualified for the ambassador’s post.

“It’s not good for Malaysia’s image if the government sends someone who is bogged down by various controversies in his own country,” he said in a statement.

Muqharabbin warned that Tajuddin’s appointment would tarnish the party’s name, adding that removing him from the Umno Supreme Council was the right move.

He claimed that the former Umno election director was not a leader of integrity, after Tajuddin revealed internal party matters in a tell-all press conference on Monday.

Meanwhile, Cheras Umno Youth chief Johari Yazid said Tajuddin did not deserve to be Malaysia’s ambassador to Indonesia because of his hot temper and “uncivilised approach” to resolving issues.

He cited the MP’s much-criticised press conference over a collision involving two LRT trains, which eventually led to his sacking as Prasarana Malaysia Bhd chairman.

He added that Tajuddin’s attack on Umno president Ahmad Zahid Hamidi was irrational and simply aimed at tarnishing the party’s image.

“Therefore, on behalf of Cheras Umno Youth, I call on the party’s disciplinary board to take strict action against Tajuddin to send a clear message to all members that they are to prioritise the party’s agenda over their own interests.”

Ismail previously defended Tajuddin’s appointment as ambassador, saying that it was approved by Indonesian President Joko Widodo and that he was a “seasoned and experienced politician”. FMT

Tajuddin says not bothered if kicked out from Umno

KUALA LUMPUR: Datuk Seri Tajuddin Abdul Rahman says he is not concerned about the possibility of being sacked from Umno.

Tajuddin added that he can still win the Pasir Salak federal seat if he is dropped by Umno.

The three-term Pasir Salak MP said he could still contest as an independent that supports Umno, and even consider the offer made by PAS to contest in the next general election.

“If they want to do it in a harsh way, I can compete as an independent candidate and still support Umno.

“Even when Barisan Nasional faced a ‘majority tsunami’, I still won convincingly,” he said at a press conference here, referring to the Pasir Salak seat.

Tajuddin won by a 7,712-vote majority against the Parti Pribumi Bersatu Malaysia candidate in the 14th General Election.

He has been the incumbent MP since first contesting in Pasir Salak, replacing Tan Sri Ramli Ngah Taib.

On June 25, PAS invited the senior Umno lawmaker to contest in the next general election (GE15) under its banner.

Perak PAS chief Razman Zakaria said the Islamist party was willing to offer Tajuddin the chance to defend his Pasir Salak seat on its behalf if it was allocated the seat by the Perikatan Nasional leadership. ANN