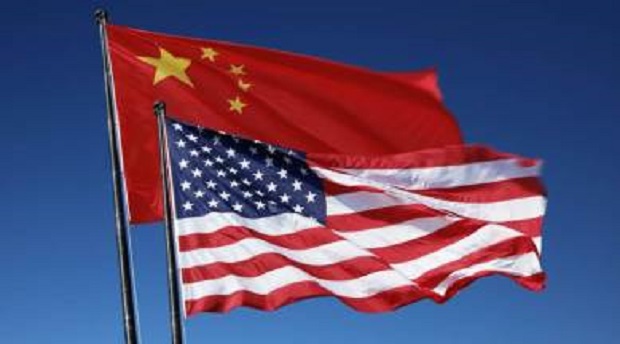 THE popular phrase “when America sneezes, the world catches a cold” has been widely used to explain the spillover effects of the world’s largest economy’s actions on economics, financial markets, politics, culture and policies of the rest of the world.

However, the rise of competing powers such as China – which overtook Japan in 2010 to become the world’s second largest economy – has challenged the validity of the phrase.

This was further compounded by the introduction of the Belt and Road Initiative (BRI) by President Xi Jinping in 2013, which saw massive development and investment initiatives stretching from East Asia to Europe, extending the economic influence of the Chinese economy in emerging economies.

In early April 2022, the World Bank lowered its gross domestic product (GDP) growth forecast for China to 5.0% in 2022 from its previous estimate of 5.5%.

A few weeks later, on April 25, 2022, China “sneezed,” sending the Shanghai Stock Exchange Composite Index (SSEC) tumbling 5.1% as rising Covid-19 cases in Beijing triggered widespread concerns that the city would join Shanghai in imposing a lockdown that could potentially derail the world’s second-largest economy further from the path of economic recovery.

It was the sharpest one-day fall seen since Feb 3, 2020, when investors embarked on massive sell-off of Chinese stocks after the market opened from the Chinese New Year break, at the time when the country was battling with the first wave of Covid-19 outbreak.

A simple correlation check, which reveals how strongly two time series move together, shows that on one hand, the correlation between daily returns of the MSCI EM Asia and the SSEC had increased from an average of 30.3% in between 2000 to 2009 to 53.1% in the period from 2010 to May 2022.

Emerging market currencies were not spared either by the rippling effect of China’s sneeze. The Chinese Yuan (CNY) recorded a cumulative loss of 2.3% against the greenback during the three trading days from April 22 to April 26, 2022.

Currencies in the emerging markets that were examined through the MSCI Emerging Markets Currency Indextumbled 1.4% over the same period, in tandem with the slide of the CNY/USD pair. The correlation between these two financial time series increased about twofold from 10.1% during the 10-year period beginning 2000 to 21.5% during the period from 2010 until May this year. In addition, the 30-day correlation between these two series was strongest in April 2022 since September a year ago, further underscoring the influence of the Chinese Yuan on emerging market currencies.

China’s growing influence on emerging markets should come as no surprise given its hefty financing and investment activities in the latter under the BRI as well as its strengthening trade linkages with these emerging economies.

Since the inception of BRI in 2013, China has cumulatively invested a total of US$892.4bil in the BRI countries, most of which are emerging economies. On the international trade front, China’s pivotal role in global supply chains is well-acknowledged and its emergence as the world’s largest purchaser of commodities means that its level of economic activities would impact the export outlook of commodity-exporting countries, subsequently impacting the performance of their economies, firms and currencies.

Such higher-than-expected rate cut had boosted market confidence that the world’s second largest economy is committed to stimulating its economy and bringing the country back on the path of recovery. Following the rate cut, the SSEC gained 1.6% whilst the spillover of positive sentiment sent the MSCI EM and MSCI EM Asia higher by 2.0% and 2.3%, respectively.

In conclusion, the statistics discussed in this article suggest that gone are the days where the United States is the only country having the power to affect economic affairs of other countries around the world.

While investors worldwide still look out for development in the US economy to base their investment decisions on, they now have to include China into their watch list, especially when it comes to the outlook of the emerging economies.

Ignore China at your own peril.