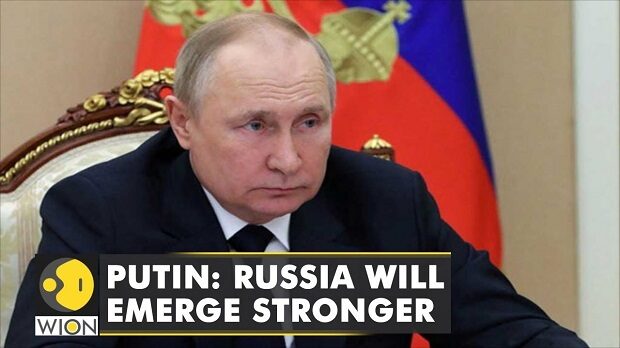 Putin has outsmarted the West

The G-7 meeting in Germany has made at least one key point absolutely clear. Joe Biden’s so-called “energy transition” to renewable fuels is a complete failure, not just in the U.S., but now worldwide, globally, an utter failure.

In Europe, the countries are talking renewables, but are reopening coal plants. That’s because they either can’t get enough Russian oil and gas supplies, or what they can get is too expensive, or both.

Austria, Germany, Italy and the Netherlands… all reopening coal plants. Their so-called “green strategies,” shoved aside.

They made a transition alright, back to the worst carbon polluters. The president of Nigeria, which is a big oil and gas producer, is berating the Europeans for thinking renewables will pave the way to industrial prosperity.

Stocks of companies with sales from the US are outperforming stocks with high international sales: Willis

European Brent oil is running around $115. West Texas crude is about the same. Gasoline just under $5 is causing massive political backlash and threatens economic recession. Biden’s green strategy is in complete collapse.

Most regrettably, the guy with a smile on his face is Vladimir Putin. The sanctions strategy has backfired on the U.S. and NATO. Putin’s making money hand over fist.

His ruble currency is at a pre-war high. It’s the pound and the euro that have been sinking out of sight. Putin has found new customers, China and India.

When the Indian finance minister was asked why he’s doing this, “isn’t he undermining the western defense of Ukraine?” he responded simply: “everyone else is buying Russian oil, why shouldn’t we?”

Hate to say it, but he’s right. I hate to say this, but Putin has outsmarted the West.

If Joe Biden had been willing to face reality and pull back on his war against fossil fuels by waving all his regulations and restrictions and sanctions on fracking, pipelining, refining, and so-forth, if he had shown some flexibility in the face of sky-rocketing energy prices and a political revolt at home, then it’s quite possible that energy supplies would be much greater today for all components and distillates, prices would be lower, or at the very least futures prices would be significantly lower.

All of which would’ve added relief to the West’s energy crisis. Lower prices would’ve hurt Putin’s war machine financing, but Biden was stubborn, self-centered, politically narcissistic and has utterly failed to help the NATO coalition, as well as ordinary workin’ folks and people driving trucks and grocery stores and real wages.

All this could have been mitigated, if not avoided, but for his stubbornness clinging to this idea of a 100% transition to renewables—craziness.

Now comes the craziest part of all. After gimmicks like a gas tax holiday or running down our strategic petroleum reserves (which are there for national security, not political price-fixing), or even debit card subsidies for gasoline, here’s the latest: price controls. Yup, price controls. I’m surprised it took the socialists so long to get there.

That’s only fair, global oil price controls, not on solar or wind, but fossils.

As I shut my eyes and lean back, I see Richard Nixon, Jerry Ford, Jimmy Carter. “Whip inflation now” on a grand scale. It’s a global race to socialism. Never mind the obvious shortages, energy wars, or just the plan stupidity of repeating an age-old socialist mistake, but, then again, when you look around that G-7 table— Biden, Trudeau, Scholz, Macron, Draghi, Johnson — I don’t see much of a commitment to free-market capitalism.

Works for me because Americans don’t see much life, liberty or happiness right now, but I know a way out and, yes, the cavalry is coming. Woke big-government socialism is dead. FOX NEWS