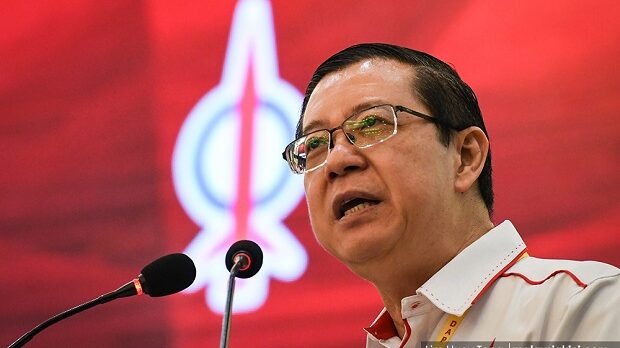 I did not see bribes given to Guan Eng: Ex-company director

However, before the Kuala Lumpur Sessions Court today, Ibrahim Sahari conceded he did not personally see the alleged bribes being paid to the former finance minister in relation to the island’s RM6.3 billion undersea tunnel project.

The 29th prosecution witness was giving oral evidence during the trial of Bagan Datuk MP Lim over four graft charges.

Ibrahim testified his belief following an alleged confession from the company’s senior executive director Zarul Ahmad Mohd Zulkifli in January 2018 that purported bribes were paid to the accused.

The witness claimed that he assisted the company’s former senior vice-president Azli Adam in getting dummy cheques so that Zarul could cash out company funds to be used as alleged bribe payments to Lim.

However, while under cross-examination by lead defence counsel Gobind Singh Deo, he conceded that he did not personally witness the alleged corrupt transactions.

Gobind: You did not at any time see to whom these monies were paid?

Yesterday, Azli testified that Zarul confessed to him as well as Ibrahim over the alleged bribe payments to Lim.

During proceedings before judge Azura Alwi this morning, the atmosphere in court heated up as Gobind continued to cross-examine Ibrahim.

The lawyer was questioning the witness over why the latter, who used to be Maybank’s head of compliance, had followed Zarul’s directions to falsify invoices and payment vouchers to facilitate the cashing-out of company funds to be used as alleged bribes to Lim.

Gobind: Zarul ordered you to commit an offence?

Ibrahim: Only for the transactions (related to falsification of documents).

Gobind: You and Azli are master fabricators.

Gobind: You are a ‘penyangak’ (rogue).

Ibrahim: No, I was merely following someone’s orders.

Gobind: To commit an offence?

Ibrahim: It was something that someone had done for the interest of the company.

Gobind: That was an offence?

Gobind: You are a liar.

Proceedings will resume on July 25, when the defence is expected to mount their cross-examination of key prosecution witness Zarul.

One of the four charges, framed under Section 16(A)(a) and Section 23 of the MACC Act, accused Lim of using his position as then Penang chief minister for the gratification of RM3.3 million as inducement for helping a company belonging to Zarul to secure the island state’s RM6.3 billion undersea tunnel project.

The offence was allegedly perpetrated at the Penang Chief Minister’s Office, 28th Floor at Komtar in George Town, Penang, between January 2011 and August 2017.

The second charge, also under Section 16(A)(a), accused Lim, in his capacity as the Penang chief minister then, of soliciting from Zarul bribes amounting to 10 percent of the profits to be earned by the company as gratification for helping the company secure the project.

The charge, framed under Section 16 of the MACC Act, provides for imprisonment for up to 20 years and a fine of not less than five times the value of the gratification, or RM10,000, whichever is higher.

The Air Putih assemblyperson also faces two counts of causing two plots of land, worth RM208.8 million and belonging to the Penang government, to be disposed of to two companies allegedly linked to the undersea tunnel project.

The two charges, framed under Section 403 of the Penal Code, carry imprisonment of up to five years, whipping, and a fine.

KUALA LUMPUR: A former company director told the sessions court in Lim Guan Eng’s Penang undersea tunnel corruption trial he was unaware if bribes had been given to the former chief minister.

“He (Zarul) did not tell me how many times the ‘bribes’ were paid or how they were given,” he said.

“This was to avoid problems with the auditors,” he said.

Yesterday, Azli told the court that Zarul had admitted to him that bribes were paid to Lim for the undersea tunnel project.

Lim is standing trial on charges of using his position as then chief minister to ask Zarul for a 10% cut of the profits from the undersea tunnel project and accepting RM3.3 million in kickbacks from the businessman.

He is also accused of two counts of dishonestly misappropriating RM208.7 million worth of state land to two companies.

Under cross-examination by Gobind Singh Deo on whether Ibrahim had personally seen the purported transaction, the witness confirmed he did not see the process.

Gobind also asked Ibrahim questions pertaining to his admission that he and Azli had falsified invoices and payment vouchers for his former company.

Gobind: You know that falsifying documents is a criminal offence?

Gobind: You knew what Zarul did was wrong but you did not stop him?

The lawyer then suggested that Ibrahim, along with Azli and Zarul, had fabricated evidence before the court.

Ibrahim denied it and said: “I was only acting on (Zarul’s) instructions.”

Deputy public prosecutor Wan Shaharuddin Wan Ladin told the court that Zarul would be available to testify on the next hearing date.

To that Gobind responded: “We (lawyers) are ready to cross-examine him.”

The hearing continues on July 25-27 before judge Azura Alwi.  FMT