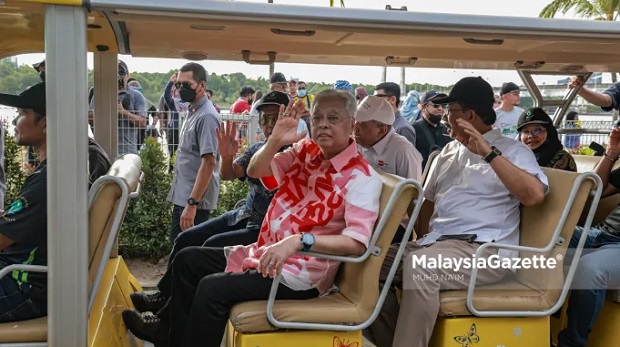 NEWS has it that the government is studying whether to raise the ceiling price of sugar this year. It was reported that the government will have to decide once the consultation paper facilitated by the Domestic Trade and Consumer Affairs Ministry is tabled in the cabinet.
This caused a stir in the public as the nation is currently experiencing high inflationary pressure, especially in the food sector.

For starters, sugar is a controlled item in Malaysia, under the Control of Supplies Act 1961.

Currently, the ceiling prices for wholesale and retail white sugar are RM2.69 and RM2.85 per kg, respectively. However, the wholesale price has effectively only been raised by one cent per kg since 2011.

Also, since 2013, the federal government no longer provides subsidies for sugar. In fact, the government has imposed the sugar tax on sugar-sweetened beverages tax for RM0.40 per litre from July 2019.

So then, is it time to adjust the sugar ceiling price? This depends on who you ask.

If one asks the country’s largest sugar producer in Malaysia, MSM Malaysia, they had already proposed to the government to adjust the sugar ceiling price last month.

Surely, they are a vested interest group, so it is very easy to understand why they propose such.

If one asks Consumers’ Association of Penang, they would like the government to ensure the proposed price adjustment be reasonable so as to prevent certain parties from profiteering.

Sugar is an essential food ingredient, widely applied in food and beverages.

According to May statistics by the Statistics Department, food inflation is already a confirmed fact and reality.

Nearly 93% of food prices have been raised compared with May in the previous year, which is an average 5.2% increase. This is also a new high in 11 years.

Yeah called for expanding the sugar tax on other food and beverages types, as this can serve the purpose of good public health and at the same time increase the government revenue.

How would ordinary folk respond? I believe at this moment, no one wants to see the sugar price hike, especially when inflation is so prevalent on many fronts, for fear of another food price hike.

Sugar producers claimed that the ceiling price adjustment should not cause significant household financial burden. On the surface, it may seem so, because it is impossible for one to take in so much sugar per day.

The food sold in the market also has a natural limit for the sugar content, even for the sweeter products such as cakes, pastries and candies. But people on the street are wise enough to predict what reality could become.

Those in the food sector and manufacturers would certainly take advantage of the sugar price hike to increase prices, even if they might not really experience significant pressure from the item.

Domestic Trade and Consumer Affairs Ministry’s price control mechanism and government’s food subsidies (currently only on cooking oil and flour), are very important tools for the government to intervene in the market at the crucial period to help B40 lower income households to weather through hyperinflation and alleviate the resulting economic burden.

Finance Minister Tengku Zafrul Abdul Aziz recently announced that if the price of all goods stayed at today’s level, then he expected the federal government to provide a total amount of RM51 billion subsidy in goods, which would be another historic high.

Personally, I feel that raising sugar prices is not sensible at this juncture. However, I do agree, if necessary, to adjust and expand the sugar tax.

I can already affirm the positive effects brought by the sugar tax on the public health. The tax has effectively pushed the beverage manufacturers, in a rather short span of time, to reformulate the drinks and reduce the sugar content in various pre-packed drinks to the level low enough to avoid sugar tax. Perhaps this would be the more superior policy for the government to consider. –  Lim Chee Han is a founding member of Agora Society and a policy researcher – TMI

It also urged the PH presidential council to organise protests in all 222 parliamentary constituencies over the government’s failure to address the rising cost of living, and for the people to support it.

Days after Domestic Trade and Consumer Affairs Minister Alexander Nanta Linggi said the ceiling price for chicken will be removed come July 1, Prime Minister Ismail Sabri Yaakob said the government will not float the prices of chicken or increase the electricity and water tariffs in the peninsula.

Ceiling prices for bottled cooking oil however, will still be removed from July 1, as Nanta had announced.

This will apply to cooking oil sold in 2kg, 3kg and 5kg bottles, which currently have maximum retail prices capped at RM12.70, RM18.70 and RM29.70 respectively. Only the government subsidy for palm oil cooking oil sold in 1kg poly bag packets at RM2.50, would remain.

This included using revenue from the proposed “prosperity” or windfall tax to be channelled back to the people.

At the same time, other wasteful spending on “mega projects that do not benefit the people,” should also be halted.

“On top of that, Ismail should downsize his number of ministers or cut their allowances, and to do away with the special envoys to the Middle East, China, East Asia and South Asia.”

Two other student groups also recently made calls for street protests if the government did not retain the subsidies and help the people cope with the rising cost of living.  TMI