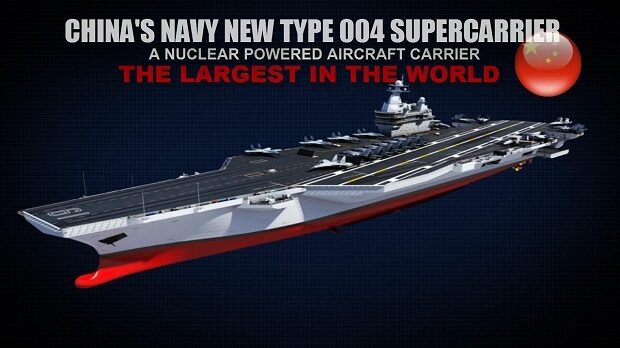 Folks I keep highlighting all these aircraft carriers that China is building. There is a reason for this. First watch the short video.

The greatness of any civilisation is always dependent on their ability to do the same things their neighbours are doing but faster, more efficient, cheaper and better.

Before the Romans became conquerors they developed advanced construction tools and techniques including the use of Roman concrete to build buildings. They also mastered the building of good quality roads.

I have been fortunate to see the famous Pantheon building in Rome. It is over 2000 years old but it is an absolute mega project by any measure. The free standing dome is perfect. The huge opening at the top of the dome is also perfectly circular. Plus the building is huge. The Romans were internally sufficient and strong before they ventured out of their country.

In comparison the Mongols were not a strong civilisation. They were nomadic and did not develop permanent economic resilience (like being able to build large buildings). However the Mongols mastered moving large numbers of people (soldiers) at breakneck speed on horseback and in huge formations. They were the earliest logistics experts. You wanted to move 20,000 people overnite, the Mongols did it at full gallop.

Their ability to move large formations of people (soldiers) and their advanced logistics of feeding and supplying so many people on the move gave them a great advantage over other armies whose top speed was the walking speed of a foot soldier.

During times when most armies marched for days, took days to pitch tents and wait for combat  the Mongols could appear suddenly and run circles around them. The Mongols used bows and arrows but they could shoot them from the back of a horse at full gallop and in formation – which had a very devastating effect. But they did not know how to build cities and buildings. The Mongols conquered the largest empire on earth but their empire lasted 162 years.

The Roman Empire lasted over 1,000 years. The longest lasting empire in the world was the Tamil Chola empire which ruled from Tamil Nadu to Indo China, Malaya, Indonesia and southern Philippines  for 1500 years. Hence today the Thai King is named “Rama X Maha Vajiralongkorn”. The Thais call their country ‘Suwarna-bumi’ or Land of Gold. Further south Malays call themselves bumi-putra which in Tamil/Sanskrit means prince of the soil.

Back to the Chinese. In 1977 the Chinese launched their Four Modernisations. But actually there was only one key word “modernisation”. It meant a modern, up todate, cutting edge,  science and technology based civilisation. No religion, no hocus pocus, no sentiments.

A single standard American railway track is 13 yards long (39 feet). In China a single rail is 500 meters long or 1,500 feet. Can you see the difference?

The Chinese Ministry of Railway Construction alone employs over 14 million Civil Servants. The entire population of the US Civil Service is much less – including the US Army, Navy and Airforce.

The strength of a civilisation is not its power projection. Thats what happened to the Mongols. They conquered the world and then disappeared in 162 years.

The strength of a  civilisation is its ability to build its own people and its own society to great heights.

We can see that strength in China today. No other nation comes close.  We are fortunate to witness this event in human history.