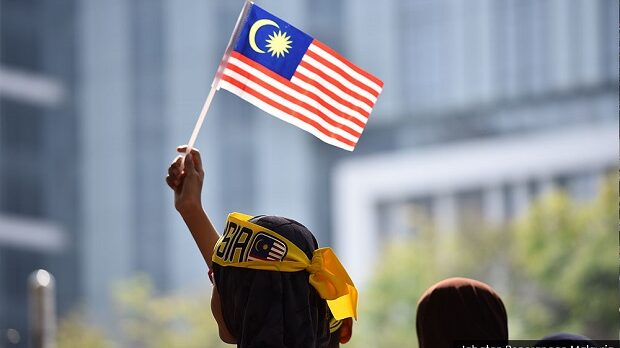 To All Thinking Malays, Malay Intellectuals, Middle & Upper Class Malays – It Is Not A Malaysian Problem. It Is A Malay Problem. Please Know The Difference Between The Two

Early this morning I received the following article (author unknown) which has been going viral on WhatsApp. It is a very short read. I have placed numbers in red (1 – 14) on some points for easy reference later. Ok here is the article:

I’ve tried very hard not to comment on events that’s happening in the country for some time.

In the present world that’s in turmoil with crises including a war in Ukraine where Russia is defending her security, causing untold misery to the people of this earth, 1. our country, Malaysia, is providing the comedic relief to provide some laughter in this troubled times.

The self appointed PM had never won a vote of confidence in the Dewan Rakyat. But that’s history that I’m too weary to repeat.

He left after he learned he wasn’t getting anywhere.

3. He was substituted by another PM, a blurry leader who’s more interested to promote his son-in-law fashion designs.

4. The evil design by this PM was bluffing the opposition with an MOU to stay in power.

Now we have a blurred PM and an entrapped opposition leader who claims he should be PM. This guy has destined never to be PM. Anwar has proven to be an ineffective leader. He talks about Pandora boxes.

5.There’s a time for it but now it’s the bread n butter issues and he has failed us.

6. In this troubled times, PM Ismail Blur, offers to help the poor Malaysians giving additional RM100 to help tackle the rising food prices. That amount could now buy a few kilos of ikan kembong. Why not give the rakyat fishing rods instead of fish???

While the rakyat is facing the high cost of living, 7. Felda, a GLC, had their AGM where they found it fit to increase their top officials’ salaries n allowances by the thousands of ringgit.

8. In education, we see students displaying straight As. This only proves either the education system is of low grade or there’s a sliding scale that needs to show we have very bright students.

9. But a university in the country gives out hundreds of PhDs thus earning the title Dr. Many taxi drivers, if asked they would say they are Dr (as in Driver) with PhDs (as in Paid hired Drivers).

10. We also have a religious political leader saying Rasuah is halal and another UMNO minister who says nothing is a crime unless you get caught.

11. Don’t these pronouncements make the world laugh at us.

12. If that’s not enough, we have a convicted felon who stole billions from the country, roaming free and having a fan club, MALU APA BOSKU.

13. This convict gets invited by the Agong to dine in the Istana Negara, sitting at the high table with the judges who found this ex-PM guilty sitting with the rest of the invitees. (I don’t know if I should laugh or cry).

14. That’s Malaysia (and this is only the tip of the iceberg, my friends).

Well I seriously beg to disagree. This is NOT a Malaysian problem. Please quickly run through items 1 – 14 above. All these problems involve Malays exclusively. There are no non-Malays involved.

Lets cut the crap and get to the point. Lets talk race. This is a race problem. The non-Malay races like the Chinese, the Indians and even the non-Muslim bumiputras in Sarawak and Sabah (mostly Christian Dayaks, Kadazans, Dusuns etc) do not suffer these same problems to the same extent as the Malays. Or at all.

Take education. The national schools or sekolah kebangsaan is just camouflage for ‘sekolah Melayu’ or Malay school. They are pulling down the education system into the sewers.

The Chinese schools and the Tamil schools have now become bright sparks on our education horizon (although up to primary level only). There are almost 100,000 Malay students enrolled in the Chinese schools. Why? Because 200,000 Malay parents (father and mother) want to give their children a better education.

The few Chinese SECONDARY schools in Malaysia offer the UEC or United Examination Certificate. The UEC is well regarded outside Malaysia like in Taiwan, Singapore, Hong Kong, China – countries with the highest education standards in the world.

Yes the whole world may laugh at our SPM top-scorers but believe me no one laughs at the UEC certificates offered by the Chinese secondary schools.

Again as I said the sekolah kebangsaan is a Malay problem. It is not a Malaysian problem.

FELDA is an exclusively Malay problem. Full stop. It is NOT a Malaysian problem. End of story.

Again this is an exclusively Malay-Muslim problem. This is NOT a Malaysian problem.

The RM100 gift for the poor is also a big issue with the Malays. Granted that RM100 can only buy a few kilos of ikan kembong but for many Malays in Kelantan and other poor States that RM100 dos give some relief.  Not all Malaysians may feel the same way or even need the RM100. Again this is also not a Malaysian problem. It is certainly a Malay problem.

Inviting convicted felons to the Istana??  Need I say it again?

Once you can recognise where the real problem lies only then you can come up with the right solutions to solve YOUR problems.

And please, please do not try to solve YOUR problems by making problems for the non Malays.  That does not solve any of your problems. It only creates more problems for all Malaysians.

Please do not cause obstructions for other people who are not the cause of any of YOUR problems.

You have serious problems, go and find solutions for your own problems.

Do not make problems for other people who do not have the same problems as you.

But here is the slippery part. This is one example.

Here is the really slippery part : Do you Malay people consider this to be a problem or not?

Do you see the world laughing at China?

Do you see the world laughing at Singapore?

So please learn to differentiate the problem.