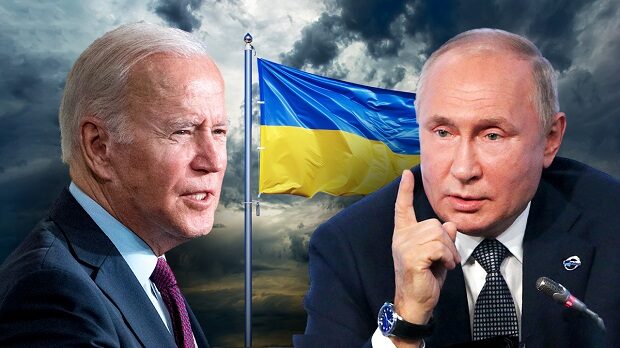 Russian forces are attempting to blockade the city of Lysychansk from the south, Serhiy Haidai, governor of Luhansk, has said on Facebook.

Russian moves to cut off Lysychansk will give Ukrainian troops retreating from nearby Severodonetsk little respite as Moscow focuses all efforts on capturing all of the eastern Donbas region, comprising Luhansk and Donetsk provinces.

Ukraine’s northern border region of Chernigiv came under “massive bombardment” fired from the territory of Russia’s ally Belarus, the Ukrainian army has said in a statement.

“Around 5:00 o’clock in the morning (0200 GMT) the Chernigiv region suffered a massive bombardment by missiles. Twenty rockets, fired from the territory of Belarus and from the air, targeted the village of Desna,” Ukraine’s northern military command wrote on Facebook, adding that there were no reports of victims so far.

Russia has launched artillery and air strikes on the twin cities of Severodonetsk and Lysychansk, hitting a chemical plant where hundreds of civilians are trapped, a Ukrainian official has said.

“There was an air strike at Lysychansk. Severodonetsk was hit by artillery,” Serhiy Haidai said on the Telegram messaging app, adding the Azot chemical plant in Severodonetsk and the villages of Synetsky and Pavlograd and others were shelled on Friday.

He made no mention of casualties in the industrial zone, where about 300 civilians are sheltering.

Dozens of Russian missiles have rained down on military facilities in western and northern Ukraine, local officials said.

Six missiles were fired from the Black Sea at the Yavoriv base in the Lviv region in western Ukraine, governor Maxim Kozytskyi said in a video posted online.

Vitaliy Bunechko, governor of the Zhytomyr region in the north of the country, said strikes on a military target killed at least one soldier. “Nearly 30 missiles were launched at one military infrastructure facility very near to the city of Zhytomyr,” Bunechko said, adding that nearly 10 missiles had been intercepted and destroyed.

In the Chernihiv region, also in the north, governor Vyacheslav Chaus said the small town of Desna, which is home to a training centre for Ukraine’s infantry forces, had come under fire. Chaus did not specify what had been hit, but said there had been “infrastructure damage.” There were no casualties, he added.

A Russian strike on the Yavoriv military facility in western Ukraine has wounded four people, Lviv governor Maksym Kozytskyy has said in a video post.

Six missiles were fired from the Black Sea, with four hitting the base and two being intercepted and destroyed before hitting the target, according to Kozytskyy.

An attack on the military training facility in March killed 35 people and wounded at least 130, according to Ukrainian officials.

The 360-square-kilometre (140-square-mile) compound, also known as the International Peacekeeping and Security Center, has long been used to train Ukrainian military personnel, often with instructors from the United States and other NATO countries.

“HIMARS have arrived to Ukraine. Thank you to my colleague and friend @SecDef Lloyd J. Austin III for these powerful tools! Summer will be hot for russian occupiers. And the last one for some of them,” Ukraine Defence Minister Oleksiy Reznikov wrote on Twitter on Thursday.

He did not say how many of the systems had arrived.

The announcement came as Moscow’s forces advanced in Ukraine’s east in a bid to capture the industrial heartland known as the Donbas, where Ukraine fears some of its troops could be encircled in a Russian pincer.

Ukraine has said it needs the HIMARS systems to better match the range of Russian rocket systems that it has said are being extensively used to pummel Ukrainian positions in the Donbas.

Washington said it has received assurances from Kyiv that those longer-range weapons would not be used to attack Russian territory, amid fears of an escalation of the conflict.

While the West has sent weapons into Ukraine to help it fight the Kremlin’s forces, Kyiv has complained it has only received a fraction of what it needs and is clamouring for heavier weaponry.

Moscow has warned it will attack targets in Ukraine that they “have not yet been hitting” if the West supplies longer-range missiles to Ukraine for use in high-precision mobile rocket systems.