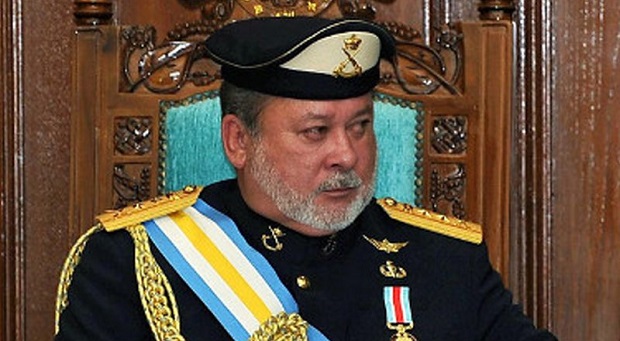 Sultan Ibrahim Sultan Iskandar revived the spectre of the May 13 riots to rebuke a DAP leader’s call for a street protest over price hikes.

The Johor ruler also cited the Bersih rallies, which he described as riots.

“Have we not learned from the bloody street protests of the past? Have they forgotten the riots of 1969, also more recently, the Bersih riots? It never achieved anything, except chaos, destruction and a black mark on our nation’s history.

“Protesting on the streets is not the Malaysian way…. there will be no winners when this happens. There will only be losers, and who knows how long it will take for scars to heal,” he added in a statement today.

Malay politicians often blame the predominantly Chinese DAP for instigating the May 13, 1969 riots, which claimed close to 200 lives.

DAP, on the other hand, accuses these politicians of deliberately using this narrative to sow hatred and distrust among the Malay electorate.

The organiser had claimed that the heavy-handed actions of the police were responsible for the violence that erupted during the first three rallies.

However, there were instances when the demonstrators themselves engaged in acts that damaged cars and properties. This included a patrol car being overturned during Bersih 3.

On a positive note, the Bersih rallies paved the way for several electoral reforms, including the use of indelible ink during voting.

In 2018, the Pakatan Harapan government abandoned its plan to ratify the International Convention on the Elimination of All Forms of Racial Discrimination (Icerd) after PAS and Umno threatened to hold mass protests.

Sultan Ibrahim and his son Tunku Ismail had publicly opposed the ratification of Icerd and the Rome Statute of the International Criminal Court.

Sultan Ibrahim had denied speculation that he would join the anti-Icerd rally but did not explicitly condemn the planned demonstration.

A day before Harapan backed down, Tunku Ismail urged the public to uphold the Constitution, in response to a question on plans to ratify Icerd.

The Harapan government also abandoned its plan to ratify the Rome Statute.

Protest not the answer

In his statement today, Sultan Ibrahim said Malaysia’s laws must be respected and upheld.

He added that “seditious” statements should not be made when there are other “constructive avenues” available.

His Royal Highness also said demonstrations would frighten investors and hurt the economy.

“Don’t go down this road… our growth must be carefully nurtured through mature dialogue, not demonstrations that risk public safety and national security,” he advised.

In his call for a protest, Sheikh Umar said it was needed to encourage the government to expedite its efforts to tackle the rising cost of living.

Effective July 1, the government would be removing subsidies for chicken, chicken eggs and bottled palm oil.

Prime Minister Ismail Sabri Yaakob acknowledged on Wednesday that this would lead to an increase in prices.

However, he said the government aims to offset this through an additional RM100 payoff to B40 families receiving Keluarga Malaysia aid, raising the amount received during the second instalment next month to RM500.