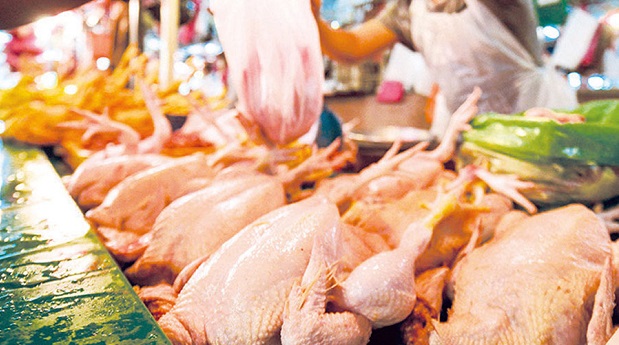 Govt makes U-turn on chicken ceiling price, new one to be revealed soon

Putrajaya has rescinded its decision to remove the ceiling price for chicken effective next month.

This came after inflation concerns were raised following the government’s decision to allow a free float of chicken and chicken egg prices despite pledging to channel targeted aid to the lower income group amid the escalating cost of living.

In a statement today, Prime Minister Ismail Sabri Yaakob said the new ceiling price will be announced by the agriculture and food industries minister soon.

“The government decided the price of chicken in the market will not be floated. The new ceiling price will be announced in the near future by the minister.

“This decision proves that the government is committed to safeguarding the interest of Keluarga Malaysia so that they are not burdened with the rising cost of living,” he added.

The ceiling prices for chicken and chicken eggs were implemented on Feb 5 and subsequently extended to June 30. Currently, the ceiling price for standard chicken is set at RM8.90 per kg in Peninsular Malaysia.

The government then decided it would not provide subsidies to chicken breeders but will channel aid to target groups in lieu of price control.

Ismail Sabri also announced that the government has decided not to increase the water and electricity tariffs in Peninsular Malaysia.

“The water and power tariff rate will remain the same. The government remains committed to covering subsidies worth RM5.8 billion despite a sharp increase in fuel and other generation costs,” he said.

There will be a rebate of two sen/kWh for domestic consumers in the peninsula while a minimum surcharge of 3.70 sen/kWh for commercial and industrial consumers will remain unchanged.

In January, Putrajaya U-turned in its decision to approve a new electricity tariff for 2022-2024 which would be implemented from Feb 1.

The government was reportedly due to review the electricity tariff, which is due on July 1.

Tenaga Nasional Berhad (TNB) was pressured by the rising generation cost due to a combination of surging energy demand, fuel supply disruptions, as well as the growing shortages of oil, gas, and coal globally, which have caused global energy prices to skyrocket.