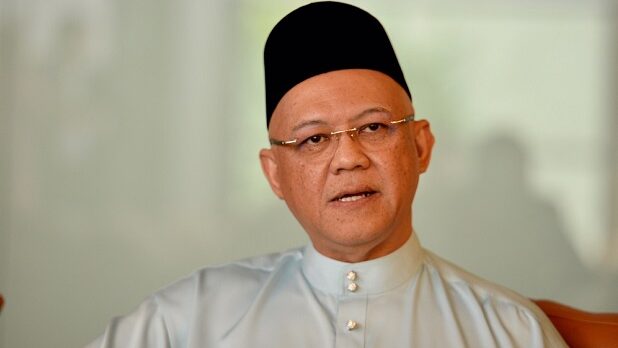 The 23rd prosecution witness today however said the Malay spirit that burned within him allowed him to weather the difficulties to regain his success as an entrepreneur.

As the accused looked on from the dock, the witness claimed that, following the case becoming public knowledge, he suffered so much pressure that he had to take medication to calm his mind.

Zarul claimed that when the MACC first investigated the undersea tunnel case, he was remanded for 11 days.

He lamented the fallout almost destroyed all his efforts to make the project a success, with banks refusing to lend him money and losing the confidence of fellow businesspeople.

The witness claimed that his vow to prove his mettle as a bumiputera businessperson was almost left in tatters.

“However, I did not give up hope due to this negative publicity, and little by little I managed to get confidence from the business community and to continue my fight.

“The Penang government gave me an opportunity to carry out the project. Also, my statement (purportedly given to MACC during the probe into the case) had spread through social media and I again came under the media radar.

“I had to face all this with the Malay spirit burning within me.

“The MACC also confirmed that my company was not an ‘Ali Baba’ company and I was a genuine shareholder,” Zarul testified before the Kuala Lumpur Sessions Court.

During proceedings back on Dec 17 last year, Zarul testified he was “shocked” when the accused allegedly asked for 10 percent of future profits from the project.

The witness claimed the accused asked this from him while they were in a car in Kuala Lumpur on a night in March 2011.

Proceedings before trial judge Azura Alwi will resume tomorrow, with Zarul expected to continue to read from his written witness statement.

The ongoing trial concerns four graft charges against Lim, who is also the Bagan MP and Air Putih assemblyperson.

One charge, framed under Section 16(A)(a) and Section 23 of the MACC Act, accuses him of using his position as then Penang chief minister for the gratification of RM3.3 million as inducement for helping a company belonging to Zarul to secure the island state’s RM6.3 billion undersea tunnel project.

The offence was allegedly perpetrated at the Penang Chief Minister’s Office, 28th Floor at Komtar in George Town, Penang, between January 2011 and August 2017.

The second charge, also under Section 16(A)(a), states that Lim, in his capacity as the then Penang chief minister, solicited from Zarul bribes amounting to 10 percent of the profits to be earned by the company as gratification for helping the company secure the project.

The charge, framed under Section 16 of the MACC Act, provides for imprisonment for up to 20 years and a fine of not less than five times the value of the gratification, or RM10,000, whichever is higher.

Lim also faces two counts of causing two plots of land, worth RM208.8 million and belonging to the Penang government, to be disposed to two companies allegedly linked to the undersea tunnel project.

The two charges, framed under Section 403 of the Penal Code, carry imprisonment of up to five years, whipping, and a fine.