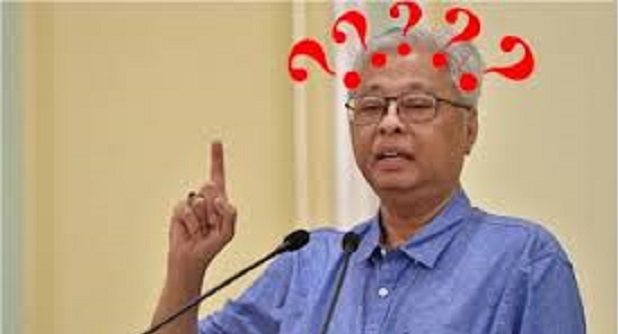 PETALING JAYA: A staggering 18 people were declared bankrupt every day in the first five months of 2022, the Insolvency Department has revealed.

Its data, posted on its website, showed that between January and May, 2,694 persons were declared bankrupt, bringing the number of bankruptcies in the country to 274,628.

Nearly 60% of those who were declared bankrupt from 2018 until May this year were between 25 and 44 years old.

Another alarming fact is that more than 200 of those declared bankrupt since 2018 were aged 25 or younger.

Almost half of the 46,132 persons declared bankrupt from 2018 until May this year were dragged down by personal loans, with other reasons including vehicle hire purchases, business loans, and outstanding credit card payments.

“The number of petitions (by debtors and creditors) filed every day in 2022 is 17.

“The number of cases registered every day in 2022 stands at 18,” the department said. 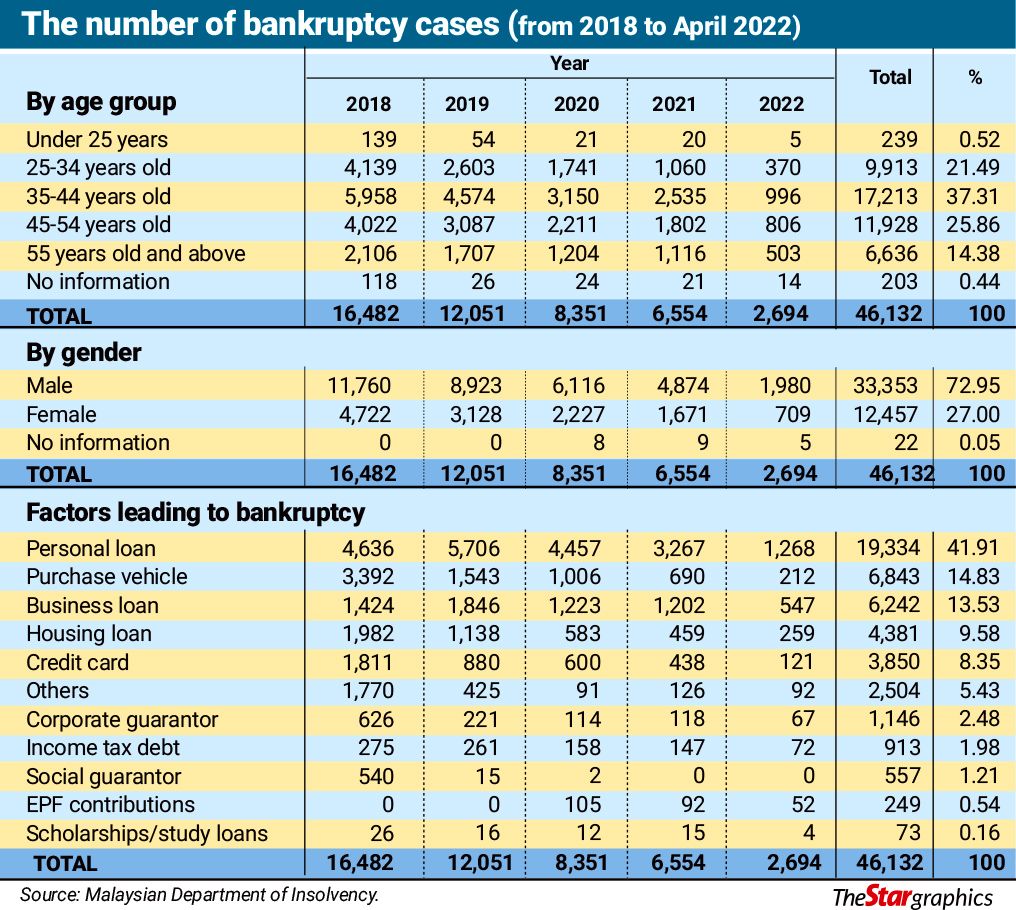 However, the number of bankruptcies in the country has steadily decreased from over 16,000 cases per year in 2018 to about 6,500 cases last year.

The significant reduction could be attributed to the amendment to the Insolvency Act on Sept 20, 2020 that increased the bankruptcy threshold from RM50,000 to RM100,000.

Commenting on the data, consumer financial expert Prof Dr Mohamad Fazli Sabri said having 18 people declared bankrupt every day was alarming even though the number might be far lower than previous years.

“So we cannot be making an apple-to-apple comparison between this year and the previous years, but having 18 individuals declared bankrupt every day is something that we should be concerned about.”

Fazli, who is also the dean of the Human Ecology Faculty at Universiti Putra Malaysia, advised the public to seek help from professionals prior to making any new loan commitments.

“The fact that many of them fall into bankruptcy due to personal loans is something that is worrying because we have no idea why they have taken loans; they could have spent the money on something that was not a necessity.

“But it is also possible that these people are taking loans to pay their debts. They should have sought advice from the experts, for example, the Credit Counselling and Debt Management Agency (AKPK),” he added.

Echoing his concern was SME committee chairman of the Associated Chinese Chambers of Commerce and Industry of Malaysia, Koong Lin Loong, who believes many plunged into bankruptcy due to a lack of financial management.

“Having 18 falling into bankruptcy daily is a scary thing. Imagine tomorrow, there will be another batch, and then the day after.

“So, I think it is important to stress the importance of individual financial planning,” Koong said.

PETALING JAYA: At least eight companies ceased operations every day in the first three months of this year, the Insolvency Department (MDI) has revealed.

The MDI Statistics report showed that 761 companies were either forced or voluntarily registered to cease operations between January and March. This brings the number of companies that have ceased operations since 2018 to 10,678.

Almost half of them were trading, wholesale or retail companies.
Others that had to cease operations were in construction, financial services, insurance, property and investment, transportation and communications.

“Those with financial difficulties, be it individuals or business owners, should enrol in Credit Counselling Debt Management (AKPK) programmes, where they can get help to restructure their loans and payments,” he added.

Associated Chinese Chambers of Commerce and Industry of Malaysia (ACCCIM) small and medium enterprises committee chairman Koong Lin Loong said it is not right to generalise and assume that all those that ceased operations did so due to bankruptcy.

“Some might have wanted to cut down their operating costs so they reduced the number of outlets; or maybe they started small businesses during the movement control order, so now that they can continue with their previous jobs, they decided to close down (those) businesses.

“Those who had to wind down due to loan non-repayment probably lack financial management as well, perhaps they are not aware of AKPK programmes,” he added.

“My advice is, for a short-term solution, businesses should make use of government assistance such as the wage subsidy programme and reduce unnecessary expenses. In the medium term, businesses have to explore and utilise digital technology and automation; examine their products and services to eliminate those with low margins and low demand in order to increase their cash flow with their existing resources; and analyse the efficiency of their human resources and machinery.”