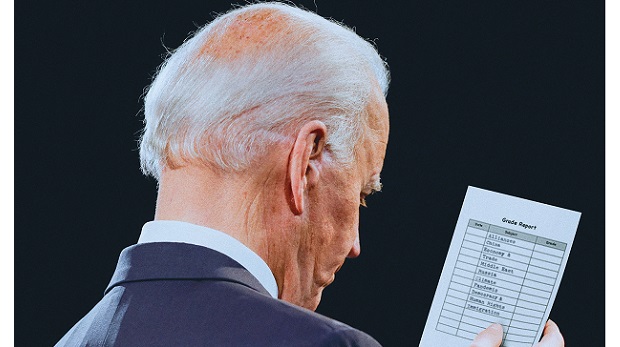 During presidential remarks on COVID-19 vaccines for children under five-years-old, President Joe Biden alarmed Twitter users when he spoke of the government preparing for a ‘second pandemic.’

During presidential remarks on COVID-19 vaccines for children under 5 years old, President Joe Biden alarmed Twitter users when he spoke of the government preparing for a “second pandemic.”

A reporter prompted Biden’s head-turning remarks with a question on what spending the U.S. government is still prepared to do in order to manufacture and distribute more vaccines and maintain the infrastructure necessary to combat COVID-19 as it lingers throughout the country.

Last week, the CDC and FDA authorized emergency use of the COVID-19 vaccine for kids as young as 6 months old.

“I know you’re looking for more money from Congress for this vaccine campaign and for COVID funding going into the fall,” the reporter told Biden, before asking, “How much of the supply of vaccines for these small children is there and how many of the nation’s kids will you be able to get vaccinated before you need more money from Congress?”

Biden turned heads on Tuesday by stating there will be “another pandemic.” (AP Photo/Andrew Harnik)

Biden reinforced his revelation: “There’s going to be another pandemic. We have to think ahead.”

For good measure he slammed the Trump administration, and propped up his own, saying, “And that’s not something the last outfit did very well. That’s something we’ve been doing fairly well – that’s why we need the money.”

Though Twitter users were mystified and annoyed with Biden’s warnings of “another pandemic.”

Conservative commentator Ian Miles Cheong expressed confusion about Biden’s statements, wondering, “Biden said he needed more money to deal with a second pandemic. What did he mean by this?”

Conservative radio host Tara Servatius tweeted, “Here’s the Biden Administration telling us they are planning to hold another pandemic, almost as if they can control the disease. 3 weeks ago, Fauci announced it would occur in the fall … which corresponds perfectly with the midterm election.”

“Sounds like a threat,” remarked The Federalist CEO Sean Davis.

Sports podcaster Gary Sheffield Jr. pushed back on Biden’s comments, tweeting, “Let Nancy Pelosi pay for it using her investing portfolio. We aren’t giving you a dime and we aren’t going back inside.”

Lawyer and podcast host Phil Holloway joked over Biden’s remarks, tweeting, “Any idea when? I would like to stock up on toilet paper a little better next time.”

The Western Journal commentary author Samantha Chang opined that Biden would use the “second pandemic” to interfere with the midterm elections. “Mumbles makes the case for more shady mail-in voting/ballot harvesting. The next variant will occur shortly before the November midterm elections.”

During a briefing on vaccinating young children, Biden warned we will have to deal with “another pandemic.” (Chip Somodevilla/Getty Images)

Liberal writer James Melville reinforced the financial toll of the first pandemic as a warning for what the “second pandemic” could bring. He tweeted, “Since 2020, major central banks have pumped over $11 trillion of quantitative easing into the global economy in response to COVID-19 alone.”

America can reduce gas prices on its own if Biden gets out of the way: GOP congressman

Energy Sec. Jennifer Granholm indicated that President Biden has considered using the Defense Production Act to help mitigate the record-high gas prices, but stressed that it is just “one” of the tools at the president’s disposal.

“President Biden, like all other leaders around the world, are grappling with this for their citizens,” Granholm said Wednesday at a White House press briefing. “And the president is doing everything he can to reduce prices for American families.”

The price for gas nationwide has exceeded $5 a gallon for the first time since AAA started recording prices in 2000. The average price jumped $1.92 compared to this time last year.

US Energy Secretary Jennifer Granholm testifies before a Senate Committee on Energy and Natural Resources about the 2023 budget for the Department of Energy, May 5, 2022, in Washington, DC. | Getty Images

Granholm cited a number of factors for the record prices, including a shortage of supply due to the war in Ukraine and Russian embargoes, as well as general inflation pushing prices higher across the board.

“So we know that the war in Ukraine, having driven up the price of fuel … we’ve got to make up for the million barrels per day that we’ve lost,” Granholm told reporters. “We will have a demand problem when China opens up, and there will be additional upward pressure on supply.”

Granholm stressed the belief that “no president alone” can control gas prices and claimed the U.S. needs “More players at the table,” which led to the president appealing to Congress to enact a gas tax holiday.

Biden announced he would call on Congress to approve a gas tax pause for three months. The federal government currently charges 18 cents in taxes per gallon of gasoline and 24 cents per gallon of diesel, the official said.

Officials had raised concerns that rushing to remove the gas tax due to concerns that it might undermine recent funding Congress passed for the infrastructure bill, but Biden made a point of insisting Congress remove the tax without stripping money from the Highway Trust Fund that finances highways and mass transit.

Granholm previously hinted that Biden might take other, more drastic actions to help combat record-high gas prices.  During an appearance Sunday on “State of the Union,” she noted that the president has a number of tools to use, including the Defense Production Act to try and direct resources.

“Let’s just say the president is prepared to use all of his authorities to do what he can to increase supply,” Granholm said during an appearance Sunday on “State of the Union.”

“Of course, oil is traded on a global market,” Granholm said. “This issue of supply is hitting every country around the world. Every country is paying high prices for gas. If you were in Singapore, you’d be paying $9.”

Granholm advised that the Energy Information Agency has forecast that gas prices in the third quarter will average about $4.27 a gallon, but reiterated that world events could “upend” those numbers.