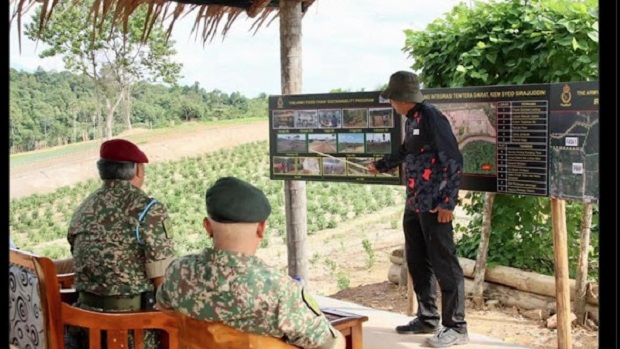 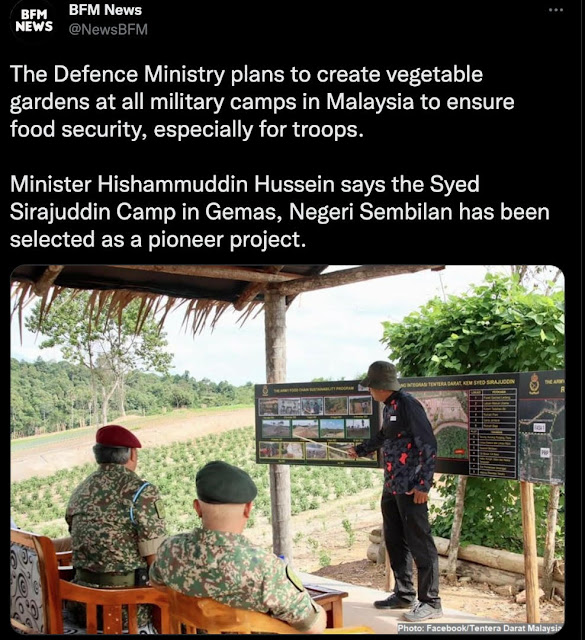 Well as long as there is no war going on, why not? Let the Army redeploy its personnel and resources towards food production.

Defence Minister Hishammuddin Hussein has denied knowledge of any links between him and recent revelations in the ongoing court case involving Ultra Kirana Sdn Bhd (UKSB).

“I know nothing of the matters mentioned in court recently.

“If they (the MACC) want to summon me for investigation, as before, I will provide full cooperation with the authorities,” he said on Twitter today, responding to MACC’s June 18 press release announcing an investigation.

UKSB handled Malaysian visas for foreigners and the VLN (Visa Luar Negara or Foreign Visa Service) authorised by the government and is now the focus of a corruption trial against Umno president Ahmad Zahid Hamidi.

Last week, on June 16, former UKSB administrative manager David Tan Siong Sun testified about a secret ledger where he recorded payments to various politicians and civil servants, who are identified by codenames in the ledger.

Following this, the MACC announced it would launch an investigation on people named in the corruption trial.

Hishammuddin is not among the politicians named in Tan’s testimony.

However, another witness – former Home Ministry officer Djuliana Jamaludin – said it was Hishammuddin who approved a seven-year concession for UKSB’s application to implement the Visa Application Management System 1 Stop Centre in China in 2011.

Hishammuddin was the home minister at the time.  MKINI