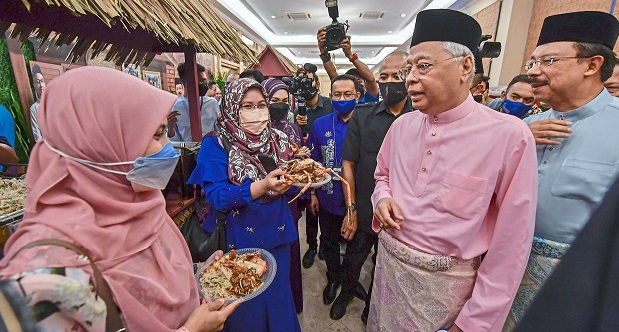 Malaysia is bigger than any one identity

At Kuala Krai’s main intersection, a festive billboard with a beaming avuncular Mentri Besar Datuk Ahmad Yakob accompanied with “Welcome back our returning sons and daughters of Kelantan.” The state’s economic migrants are all over the federation in all kinds of trades and occupations — yet remain steadfastly affectionate to their home.

Home always is the same for returnees — and their transferring the sentiment to votes for ruling PAS on polling days only adds to Ahmad’s affectations for them.

Kelantanese cannot stop telling people they are from Kelantan. Every office would know if there is a Kelantanese in the house.

Psychologists would characterise it as positive.

In an uncertain world, a clear sense of identity assists with a sense of well-being.

This is major because Malaysian governments tend to micromanage feelings.

They constantly remind people who they are and what matters to them regardless of the people’s own personal thoughts on the matter — primarily on race. Fortunately, the Kelantanese are not frazzled and stick to their state-love.

They are Malay by large, but that does not mean they are not Kelantanese first.

Kelantan’s football team is not short of support when they travel for away matches.

In the last decade, Johor has through personalities played up its separateness from the “Malay is Malay only” narrative — for them, there is Bangsa Johor.

A fortnight ago, this column separated those who stay and leave, and how heritage is as complex — or simple — as tomorrow’s lunch.

Today, it asks: For those who stay, the Malaysians, must their identity remain unitary? Or should they persist with any mix of identity they are linked with?

Razak Hussein was the second prime minister, and the standard for Malay leadership. His son also became prime minister. He did not die in office but instead goes to court occasionally.

He also goes to South Sulawesi.

Gowa to be precise. Not merely as a tourist, but as a descendant of the 19th Gowa King Sultan Abdul Jalil Tumenanga ri Lakiyung (1677 – 1709). Najib Razak’s visits are resplendent with noble ceremonies.

How to reconcile both realities for Najib; Malay nationalist and ties to an expired sultanate 2,300 kilometres away from Pekan where he serves as MP? The old way of dealing with it would be to play up the beneficial identity and to go silent on the other. Or use ultra-nationalists’ convoluted Nusantara (Single Archipelago Theory).

To argue, Najib is Malay and also Bugis and also Muslim, and also ex-chairman of a sovereign wealth fund which redirected funds for the greater good. All the various parts are different but same at the same time since all happened in Nusantara.

This always leads to petty disputes of deciding whose family chalked up more decades in what is Malaysia today.

There is the other option.

Not be defensive about it. A person is not limited to one identity and it is fine to present all the dimensions without feeling any one of the identities is compromised by overload.

It is refreshing that Najib is open about his links to his ancestral home.

Incidentally, I was in Rompin’s Muadzam Shah adjacent to Najib’s constituency Pekan five days ago.

In the industrial area — which is a collection of workshops and depots — lies the only set of Chinese restaurants in Muadzam Shah. On a Sunday, Orang Asli families fill the seafood restaurant.

It seems they are two generations away from losing what is left of their traditions as identity politics has wreaked havoc in their lives.

It is not only about land to clear timber or plant Musang King durians. It is an insidious plot to relegate them as a subsidiary community to Malays in order not to upset Malay ultras’ view of race order based on connection to the land.

At this rate, their grandchildren would be foreigners to their own ways, and perhaps as intended, integrate to the larger permissible veins of Malaysian communities.

In the “be one and not more” dynamics of the country, it’s difficult to stick to a mixed narrative. Which is a problem because by the day Malaysians are revisiting the past which is natural for a country as old as ours.

More and more will be estranged if Malaysian leaders do not lead its people to be comfortable in their own identity skins, actual rather than the identity that is socially constructed.

When I think of a singular place of comfort outside my family home, it would be a slope just before my taman. It is completely unremarkable. But when on foot and past it, I feel I have reached home. The comfort can be immense at times. It lends to my identity.

Is that comfort only here in Kajang for me? I feel a different thing, a nostalgia standing in the back of my grandmother’s home in Tamil Nadu’s Sivaganga. It is probably a mix of figuring out how my mother grew up there, and what would have happened if my life was lived so far in south-east India. After all, Alangudi to Kajang is as far as Gowa to Pekan, Pahang, give or take 300 kilometres.

Najib does not need to disown any of the 36 rulers of South Sulawesi’s Gowa since the 14th century, or me the non-prodigious past of my Dalit kins in India’s south.

We all remain who we were before disclosures of where our stories began or where they continue to unravel.

What does matter is to come clean on the past, and parts that make us who we are. It helps the generations to come develop confidence and certitude.

Malaysia has to accept its people are far more diverse than the boxes in government forms. To borrow the words of MJ Akbar, author of Tinderbox, the idea of Malaysia should be greater and not frightened by the vast diversities inside of it.

Those differences are what marks a confident people in an even more confident Malaysia, not cause for concern.