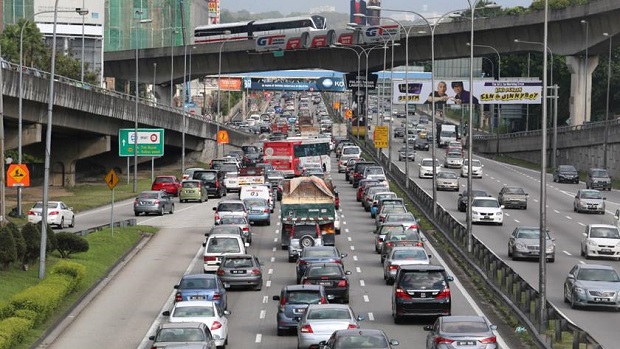 All toll lanes, all payment types

Jalaluddin says changing course towards a specific toll counter can cause traffic congestion.

MOTORISTS will be able to use any lane at toll plazas in the Klang Valley, regardless of their payment method, if a proposal to incorporate all technologies at all lanes is given the green light.

The Federal Territories Ministry has asked the Malaysian Highway Authority (LLM) to discuss the matter with the concerned highway concessionaires.

Its deputy minister Datuk Seri Jalaluddin Alias said the proposal was to reduce traffic congestion in the city, especially during peak hours.

“Often when approaching a toll plaza, motorists have to change course towards the lane designated for their preferred method of payment.

“For example, an RFID user must pivot to the designated lane, and most times only one lane is provided.

“This causes congestion as motorists tend to jostle for space to pay for toll,” he said.

The ministry, added Jalaluddin, also proposed for toll gates to be disabled temporarily during peak hours to allow for faster traffic dispersal.

“An alternative method must be identified so that vehicles can pass through the plazas faster during peak commute times,” he said at a press conference at Menara DBKL 1 in Jalan Raja Laut after launching the traffic task force for Kuala Lumpur.

Asked whether the matter was discussed with the Transport Ministry, he said further plans would be made after getting feedback from LLM.

Members of the task force would be mobilised to 85 traffic hotspots to regulate traffic at major roads during peak hours, he said.

“A total of 72 locations will be monitored by the police while another 13 will be manned by DBKL officers.

“Signboards will also be placed in strategic locations to warn heavy vehicles not to enter the city at certain hours.

Calls for a review of the traffic condition in Kuala Lumpur intensified in recent weeks, especially on social media, as frustration grew over the perennial problem.

In response, Jalaluddin said the task force was studying several measures to tackle the problem in the long term.

These include expanding public transport networks as well as building more underpasses and underground tunnels for pedestrians.

“Bus lanes in Kuala Lumpur may also be reactivated, in addition to integrating between the different highway concessionaires,” he added.