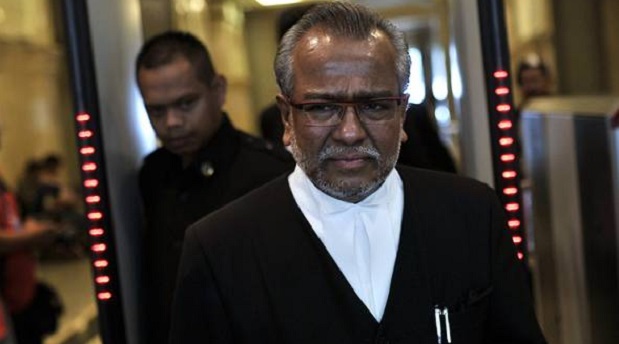 KUALA LUMPUR: Najib Razak’s 1MDB trial in the High Court today saw a heated exchange between the former prime minister’s lawyer and a witness over the witness’ involvement in the company.

Shafee questioned Husni about his signature on approving the Terengganu Investment Authority’s (TIA) memorandum and articles of association (M&A).

“All 1MDB and SRC matters will be handled by the finance minister (Najib).

“These projects (1MDB and SRC) did not follow the SOPs for all companies under MoF Inc (Minister of Finance Incorporated).

“So, it all comes from the top and to me (as second finance minister) to sign.

“This is the procedure,” he said, when explaining the use of the former “Saya hanya menurut perintah” trademark.

Shafee told Husni he was not answering the question, which was, “What was the verification process in the finance ministry for letters from government-linked companies before it ends up with Husni?”

“I asked you a question, you answer the question. Don’t quarrel and don’t be arrogant,” the lawyer told Husni.

Husni, in defending himself, said he was not quarrelling with the lawyer and was not being arrogant.

“The prosecution will give you an opportunity later during re-examination. You don’t have to worry.

“The defence has a duty to put forward their case,” Sequerah said.

Husni then said Shafee tried to put the blame on others. “Even if he has a duty, he ‘kena’ (has to be) honest,” he said. 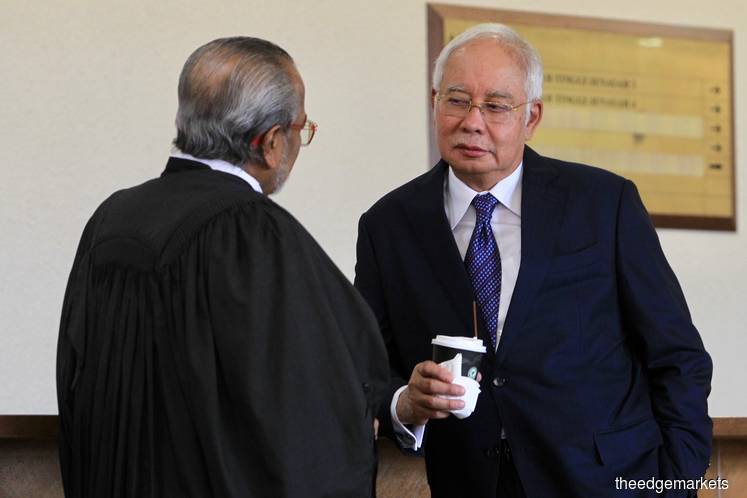 Shafee proceeded to ask further questions on TIA’s M&A, and how Husni came to know about its existence. TIA was the precursor of 1MDB.

Husni said he had objected to the setting up of 1MDB and had raised his concerns with Najib.

Shafee, who seemed irked by the response as Husni was not answering his question, told the court he might take up to three days to cross-examine the witness.

“I promised the DPPs I would take half a day. This was his attitude during SRC (the SRC International trial) and now he tried to bring it here,” he said, adding that Husni was also called to testify in Najib’s RM42 million SRC International case.

Husni interjected and said he would not mind even if Shafee cross-examined him for “one year”.

Sequerah then stood down the matter for 10 minutes for Shafee and Husni to calm themselves down. When the hearing resumed, both seemed to be composed.

Najib faces 25 charges of abuse of power and money laundering over alleged 1MDB funds amounting to RM2.28 billion deposited into his AmBank accounts between February 2011 and December 2014.