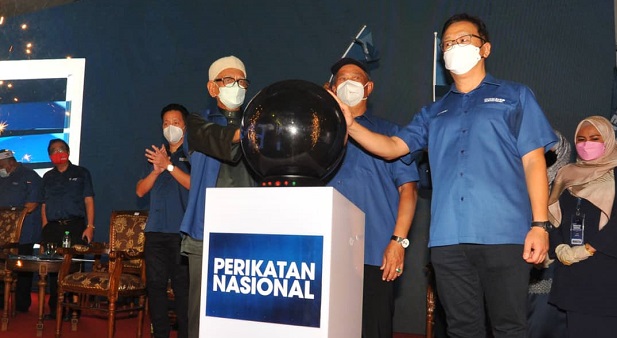 PETALING JAYA: The parliamentary and state seats previously contested by Gerakan when it was under Barisan Nasional (BN) might be contested by Friends of BN and several other component parties in the 15th general election (GE15).

Umno secretary-general Ahmad Maslan said BN is still studying the seats that need to be filled and their potential candidates.

“Nothing has been finalised with regards to seat distribution as everything is still in the negotiation stage,” he told Utusan Malaysia.

“In GE15, there will be vacant Gerakan seats that need to be filled which may be given to some political parties and maybe also Friends of BN.”

Gerakan lost in all 11 parliamentary and 31 state seats it contested in GE14.

BN adviser Najib Razak had said previously the coalition’s leadership needs to find a consensus in terms of giving opportunities to candidates among the coalition parties, namely Friends of BN, to contest in GE15.

BN chairman Ahmad Zahid Hamidi had also said the coalition would give Friends of BN a chance to field candidates during the elections.

“I will definitely give opportunities to Friends of BN. Which seat? We will discuss,” he told reporters after attending an event hosted by Makkal Sakti on Sunday.

Earlier, at a press conference after the BN convention on June 1, Zahid also indicated that Friends of BN would play a role in GE15.