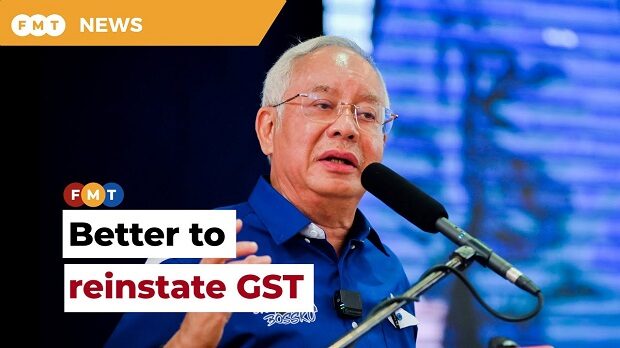 PUTRAJAYA: The price of chicken is expected to be between RM10 and RM12 per kg after the ceiling price is removed on June 30.

“The Federation of Livestock Farmers Association of Malaysia has assured me that chicken prices won’t reach RM12.50. Perhaps a little more than RM10, but I cannot confirm how much exactly,” domestic trade and consumer affairs minister Alexander Nanta Linggi told reporters.

Currently, chicken is priced at RM8.90 per kg. The ceiling prices for chicken and chicken eggs, which were implemented on Feb 5, were extended to June 30.

Nanta said he had warned the industry against hiking up the price of chicken excessively. 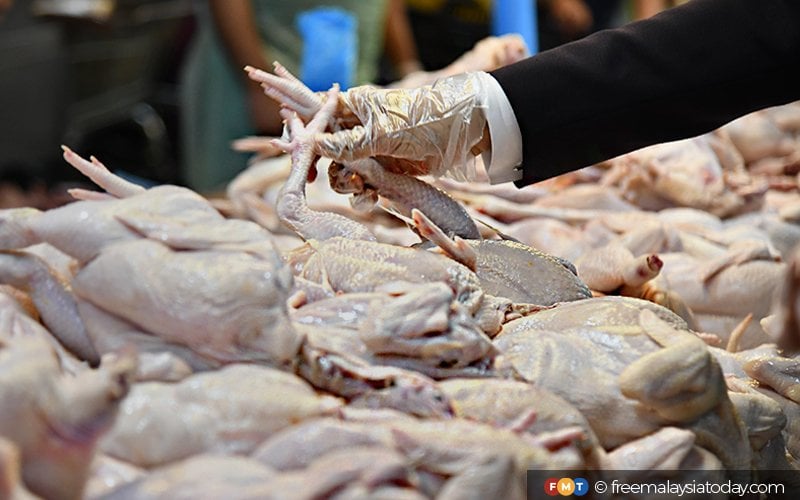 He added that the ministry would not hesitate to take action against those found guilty of violating anti-profiteering laws in this matter.

When asked if he had concerns that certain parties would hoard chicken in order to sell them at a higher price after the ceiling price ceases, Nanta said the ministry had already begun monitoring the market and would take action against those who contravene the law.

“This does not include the subsidised cooking oil sold in 1kg polybags at RM2.50 each,” he said, adding that the measures taken were to stabilise food supply in the country for the long term.

Nanta also announced that to help Malaysians cope with the rising cost of living, the government would be providing direct cash assistance to those in need, and that details would be provided by the finance ministry soon.

He said that based on his dialogue with industry players today, there had been proposals made to the ministry to improve consumer awareness and encourage a lifestyle change to help deal with the rise in living costs.

Nanta also said that the issue of manpower shortage continued to plague many industries, especially the distribution sector, resulting in an increase in operational costs.

The Domestic Trade and Consumer Affairs Minister said the subsidy scheme, implemented on Aug 1 last year, was meant to be a temporary three-month move but was extended until now.

“The maximum retail price for pure palm cooking oil in bottled packaging will not be continued from July 1.

“However, for cooking oil sold in 1kg polybag packets, which is capped at a ceiling price of RM2.50, the subsidy will remain,” he told a press conference after an engagement session with industry players and consumer groups at his ministry on Tuesday (June 21).

Nanta said the government spent up to RM20mil a month for the subsidy scheme.

Nanta said once market prices kick in, the ministry will actively conduct checks to ensure there are no unreasonable hikes. ANN

KUALA LUMPUR— An increase in electricity tariff is inevitable as the cost of generating electricity has increased sharply and quickly, but the needs of certain groups must be considered, economists said.

Rising tariffs are unavoidable due to a combination of surging energy demand, fuel supply disruptions, and the growing shortages of oil, gas, and coal globally have caused global energy prices to skyrocket.

Regionally, Singapore, Indonesia, India, and Australia have revised their tariffs in response to the perfect storm in the power market, in which the Ukraine war, ageing coal, Covid-19 restrictions, and winter have all combined to result in a higher demand for energy, and Malaysia is not immune from the ripple effects arising from this ongoing situation.

But measured or gradual action must be put in place to ensure that the low-income groups and micro, small, and medium-sized businesses, already feeling the pinch from rising costs, will not be hit with another price shock should the local electricity tariff be revised.

“(TNB) has to make sure the business is sustainable (as a corporate entity), but I hope there will be some form of targeted subsidies for the bottom 40 (B40) group with regards electricity tariff,” Ahmed Razman said, suggesting that the government should intervene and provide subsidies for TNB over the short term to ensure end customers are not burdened.

He also said that TNB should continue to diversify its gas and coal sources and, over the long run, focus on renewable energy sources such as solar, hydro, and biofuel.

According to Malaysia University of Science and Technology (MUST) provost for research and Innovation Professor Geoffrey Williams, the proposed tariff increases are unavoidable due to international market factors beyond Malaysia’s control, but passing the cost on to consumers is avoidable, and the cost should be covered by electricity companies, which are seeing higher revenue and profits as economic activities pick up.

“Tariff increases will lead to higher inflation because they affect all prices. The last time this happened earlier this year, it added more than 0.5 per cent to inflation. This will disproportionately affect low-income individuals and large families,” he said.

He rejected the idea of (instilling) good electricity practices because rationing and consumer behaviour are difficult (to manage) when large families are involved.

Sunway University Business School Professor of Economics Yeah Kim Leng proposed the government step in with a subsidy to alleviate the burden on consumers.

“Furthermore, the tariff structure could be adjusted so that the burden of higher fuel prices is borne by firms and households that can afford higher tariffs.

“It is critical that low-income groups and micro, small, and medium-sized businesses, already under pressure from rising costs, are not subject to another price shock. Tariff increases should be phased in,” added Yeah. — Bernama