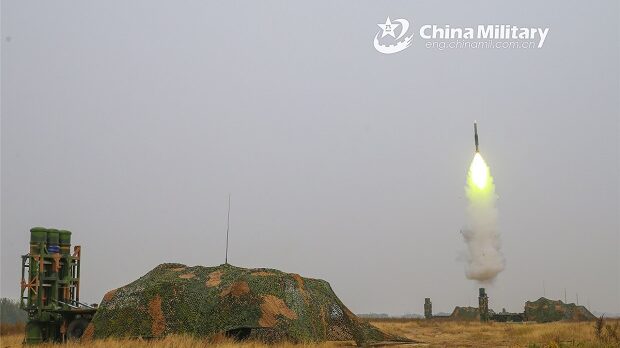 The test reached its desired objective, the press release said, noting that the test is defensive in nature and not aimed at any other country.

A similar test was held in February 2021, according to an announcement of the Chinese Defense Ministry at the time.

Intercepting an intercontinental ballistic missile during its mid-course is very challenging because during this phase, the missile, usually equipped with nuclear warheads, travels high outside of the atmosphere at very high velocity, experts said.

It is technically easy to intercept a ballistic missile in the boost phase because the missile is still close to the ground and accelerating, but it is difficult to get close to the launch site which is usually deep in hostile territory. In the terminal phase, the interception is also challenging because the speed of the diving missile is very high, analysts noted.

Countries are developing hypersonic missiles with wave-rider gliders that can adjust their trajectories mid-flight when they reenter the atmosphere, which makes terminal interception even more difficult, and mid-course interception has become even more important, analysts said.

A mid-course antiballistic missile system consists of two parts – a booster and an interceptor as its warhead, and moves to intercept the ballistic missile in the second phase of its flight where it is traveling outside the atmosphere, an expert familiar with the technology told the Global Times on the condition of anonymity.

One of the key challenges for a mid-course antiballistic missile system is the miniaturization of the warhead, making it light enough without compromising its flight precision as well as sensitivity, the expert said, adding that it is preferred to use a rapid combustion rocket as the booster for the system so that it can send the antiballistic missile to the atmosphere as fast as possible.

Although small in size, the mid-course antiballistic missile has a complete set of combat systems, including power, tracking, target-identifying systems and the killer part, the expert explained.

The mid-course antiballistic missile interception also has a network of support systems with an early warning and monitoring function. The centerpiece of the warning and monitoring systems is the missile early warning satellite, and support from long-range monitoring radars and a highly efficient and rapid command system are also playing crucial roles in the interception process, the expert said.

The latest test brings the number of publicly announced Chinese land-based ABM technical tests to six. According to media reports and official statements, other known ABM tests were carried out by China in 2010, 2013, 2014, 2018 and 2021. It was not revealed in which interception phase the test in 2014 was carried out, while all other five were carried out in the mid-course phase. All of those Chinese tests ended successfully.

By comparison, the US Ground-based Midcourse Defense system only has a success rate of just 55 percent, according to the Washington DC-based Center for Arms Control and Non-Proliferation.

For the next step, China needs to conduct tests under more complex scenarios to further hone its antiballistic missile capabilities, Wang said, noting that the US’ lower success rate does not necessarily mean China has surpassed the US, because the US tests might involve different and more challenging simulation parameters. 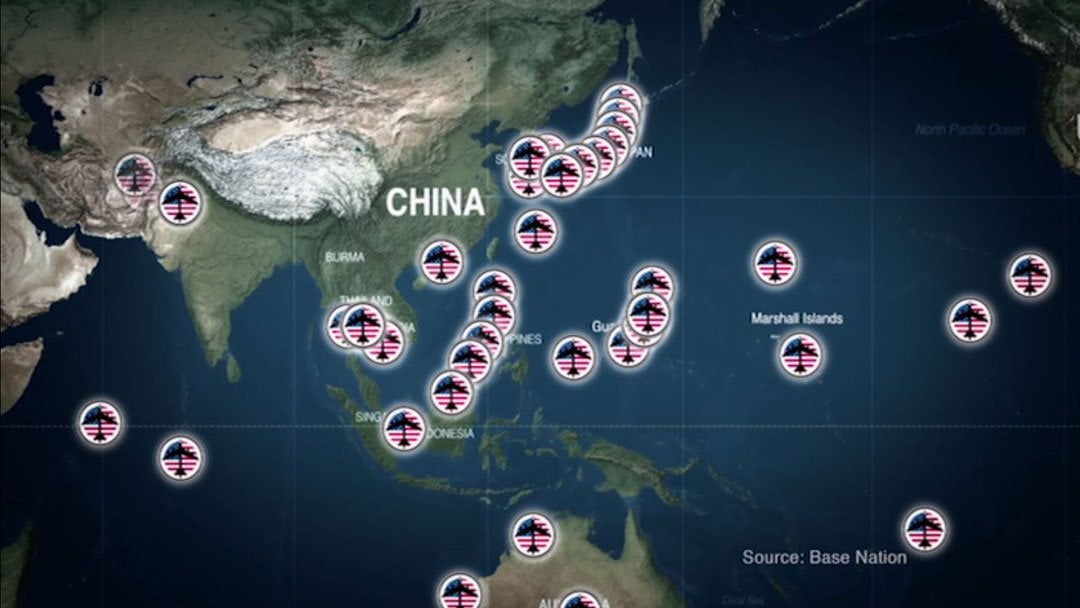 Despite China’s latest test does not target another country, analysts said that the US is the biggest source of ballistic missile threats to China.

The US Department of Defense is modernizing its intercontinental ballistic missile force with the $100 billion Ground Based Strategic Deterrent program in an attempt to deter China and Russia, US media outlet Defense News reported in April, when the US Air Force named its next-generation intercontinental ballistic missile the LGM-35A Sentinel, which is to succeed the 5-decade-old Minuteman III beginning 2029.

Having a reliable antiballistic missile system serves as a deterrent against US nuclear blackmail, experts said.

After withdrawing from the Intermediate-Range Nuclear Forces Treaty in 2019, the US began planning an anti-China missile network along the first island chain, media reported.

Fears are that the US could deploy intermediate range missiles in places like Japan, South Korea, Guam and Australia, despite Japan, South Korea and Australia ruling out this US proposal for the time being, according to media reports. As the Western missile network is pressing in on the Asia-Pacific region, China needs to develop antiballistic missile systems as well as far-reaching weapons like aircraft carriers and hypersonic missiles to defend itself, analysts said.

If the US succeeds in deploying intermediate range missiles near China, it means China will face not only more missile threats, but also more uncertainties. If US missiles are deployed in multiple locations along the island chains, it would be more difficult to predict from where those missiles could come from, Wang said.

That is why China needs both spear and shield, Wang pointed out.

When needed, China should be able to use its long-range strike capabilities and destroy those missile positions, and use missile defense systems to intercept those that have made into the air, Wang said.

China just launched its third aircraft carrier, the Fujian, on Friday, and showcased its DF-17 hypersonic missiles at the National Day military parade in 2019. If US missiles are deployed on China’s doorsteps, they are likely targets of those Chinese weapons if they aim at China, analysts said.

China already has a military advantage over the US on the doorsteps of China, and further national defense development is needed to deter the US and lower casualties in case of a conflict, analysts said.

China follows a national defense strategy that is defensive in nature, so both the spears and the shields it develops are aimed at safeguarding its national sovereignty, territorial integrity and development interests, as well as contribute to regional stability and world peace, analysts said, noting that this is totally different from the US’ aggressive military development that aims to maintain global hegemony. GT 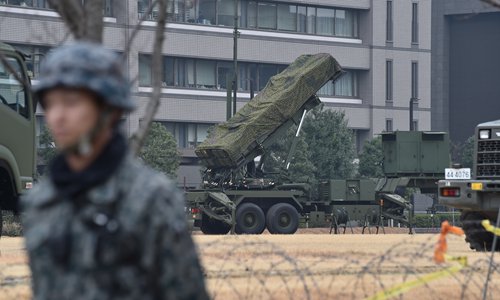 The US and Western public opinion has paid increasing attention to Japan’s recent moves on defense. More and more analysts believe that Japan seems to have been completing the largest “military” transformation in recent decades. Some American media asked, “Is Japan’s military strong enough to subvert the military pattern in the Asia-Pacific?” And some even reported that Japan is turning away from its post-WWII “pacifism.” Regardless of the true intent of these reports, they have indeed raised an important issue that deserves the vigilance of regional countries.

Over the past few decades, Japan has generally given the international community the impression of being “low-key” and “restrained” in the field of defense, but this does not mean the country is a “Hello Kitty.” According to some American media outlets, Japan’s well-trained and well-equipped Self-Defense Forces are now among the most powerful armed forces in the world. The Global Firepower Index (GPI) ranked Japan fifth globally in overall military power. In the global military strength rankings published by Japanese media, Japan ranked fourth in the world.

The outbreak of the Russia-Ukraine conflict has triggered the “remilitarization” ambition of the Japanese right-wing forces. On Sunday, leaders of Japan’s ruling and opposition parties including Prime Minister Fumio Kishida discussed on TV whether Japan should consider acquiring a nuclear-powered submarine. Not long ago, Japan’s ruling Liberal Democratic Party proposed to increase the proportion of GDP for defense spending from 1 percent to 2 percent within five years. Japan has been propagating and emphasizing its “unease.” This, in turn, also makes Japan’s neighboring countries feel puzzled and uneasy. Japan, which has gradually shifted its national focus from economic development to military expansion, is becoming the biggest hidden danger to peace and stability in East Asia.

In the process, Washington’s indulgence has offered the Japanese right-wing politicians unrealistic fantasies. In the face of Japan’s move to seek a fundamental change in defense, Kurt Campbell, the White House’s Indo-Pacific policy coordinator, did not express any concern. He described Japan as a “responsible country,” and said that “memories of a distant period do not animate modern concerns.” What people see from this is that Washington is leaning over to untie the ropes that it once bundled up on Japanese militarism. The utilitarian mentality of using Japan to build a containment circle against China has overwhelmed deserved US concerns on regional risks and consequences. 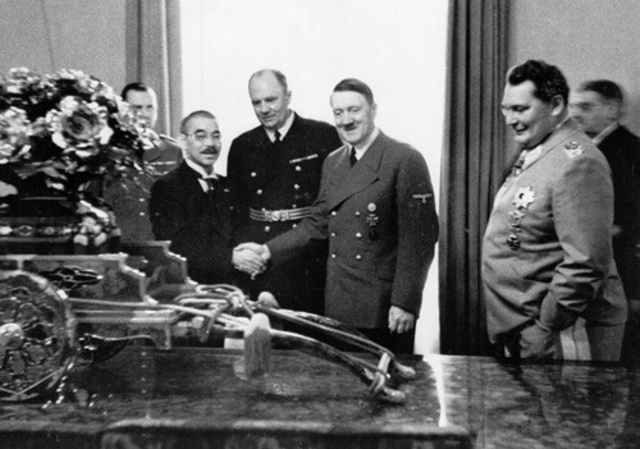 Given the overall operations conducted by Washington, the real dangers of Japanese right-wing forces are obscured. Japan is the only country in the world that dares to openly deny the history of its aggression in World War II, but the US has kept endorsing Japan’s ambitions out of its own geopolitical self-interests. It hopes that Japan could keep the ability to bark at China frequently, even bite when necessary, while it takes Japan under its own control confidently. In other words, the US does not care if Japan is smashed to pieces in the geopolitical collision, while Japan wants to use the US’ selfishness to achieve its purpose of completely unleashing its military and political restrictions, which has become a dangerous scheme of theirs.

Currently, the entire Japanese political arena tends to be not clear-headed. There are voices in almost every political party advocating the need to increase Japan’s defense capabilities, as well as “striking bases in enemy territory.” This scenario has never appeared since the end of World War II. Although the overall ideological trend of Japanese society has changed a lot compared with the one before World War II, and the soil for reviving militarism is not sufficient, it can’t be ignored that the possibility of using a crisis to provoke those extreme advocates to break through the social constraints. In particular, Washington is putting out the fire for Japan’s “remilitarization” that threatens the world’s public opinion, while at the same time giving Japan the initiative to stand at the forefront of US geopolitical competition.

Regardless of what the US and Japan have said, what Japan is actually doing is rekindling the regional arms race and disrupting the peaceful and stable environment in the region. The scars of history remain vivid in people’s minds, and the real danger is quietly approaching. Whether it is to prevent the resurgence of Japanese militarism or to avoid the upspiral of regional security dilemmas, it is necessary for the international community to throw cold water on Japan’s foolhardiness. GT