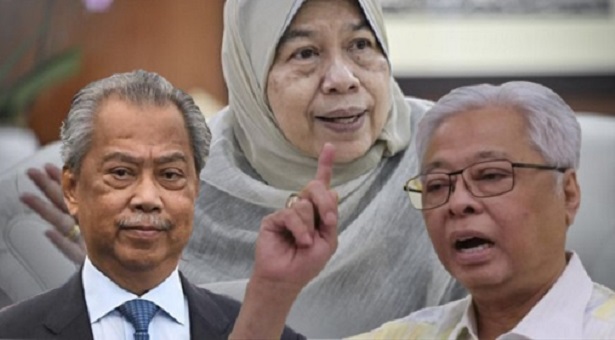 PETALING JAYA: Political analysts do not expect Bersatu to pull the rug from under Prime Minister Ismail Sabri Yaakob’s feet if he decides to retain Ampang MP Zuraida Kamaruddin as a Cabinet minister.

“I don’t think Bersatu is ready for the GE15 any time soon. That aside, the move would create a doubt that Bersatu prioritises the party more than the wellbeing of the nation,” he told FMT.

Zuraida, who became a minister while with Bersatu, left the party to join the newly formed Parti Bangsa Malaysia (PBM) last month and was named the “president designate”. She said she hoped to retain her post in the Cabinet.

However, Muhyiddin has said he felt that Zuraida should be replaced, as she was appointed on a Bersatu quota, but is leaving the final decision to the prime minister.

Azmi said he expected Ismail to retain Zuraida in the Cabinet and not entertain calls by Bersatu to have her replaced. “As the 15th general election is coming soon, it makes no sense for Ismail to replace her with a new minister,” he said.

Singapore Institute of International Affairs researcher Oh Ei Sun said Ismail had been placed in a difficult position regarding Zuraida’s post, as Umno would be up in arms if Ismail replaced her with another Bersatu MP.

However, he felt that Zuraida’s party PBM had reason to ask for a Cabinet seat as it has three MPs (Tebrau MP Steven Choong, Julau MP Larry Sng and Zuraida) in the Dewan Rakyat.

They are aligned with the ruling coalition, although PBM is not a member of Barisan Nasional. PBM has expressed interest in being a member but last week, BN chairman Ahmad Zahid Hamidi said no application from PBM had yet been received.