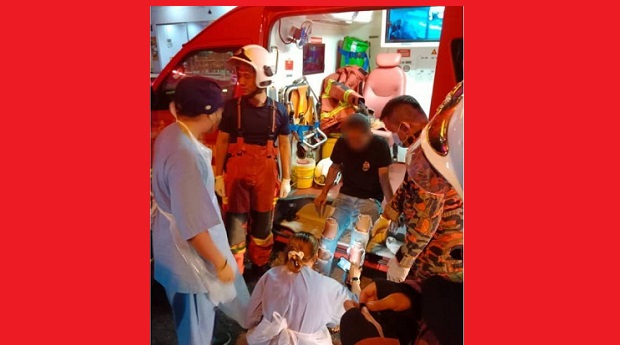 KOTA KINABALU: Four people, including two children, were injured when a steamboat pot they were using exploded in a restaurant in Alamesra near here on Sunday (June 19).

It is learnt that the two adults sustained burns and cuts but it is not known how badly the children were hurt.

Sabah Fire and Rescue Department assistant operations director Misran Bisara said they received a call about the incident at 9.06pm.

“When we arrived, the two children had already been taken to the hospital by people at the scene,” he said.
He said the two adults, Wujon Marie Mae and Roberto Antoni, 28, waited for an ambulance to arrive.

Misran said Wujon and Roberto were given preliminary treatment before they were taken to the hospital.

He said firemen ended the operation at 9.41am after ensuring there was no more danger.