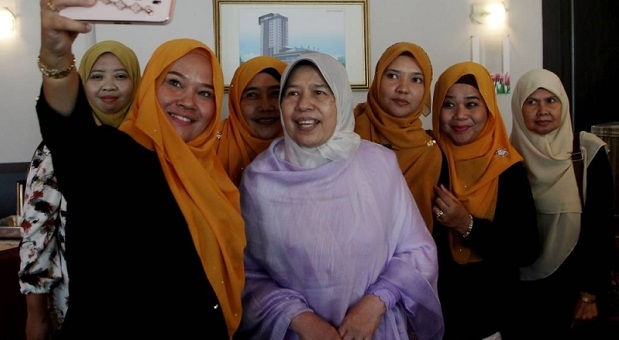 Ahead of next week’s meeting with PM, Zuraida says she hopes to keep her Cabinet post

She said this would ensure continuity in the programmes planned by the ministry.

“As we know, I am meeting the prime minister next week. I hope there will be good news of being retained because that is easier to complete the programmes and plans laid out, apart from helping to stabilise the country and Cabinet,” she said.

She told reporters this after launching a programme on ‘Enhancing Empowerment of Women at the Grassroots Level’ here today.

On Thursday, Ismail Sabri said he would be meeting Zuraida next week to discuss her Cabinet post.

Meanwhile, Zuraida, who has been named PBM president-designate, said the party would be looking for suitable seats to contest in Perak in the 15th general election (GE15).

The Ampang Member of Parliament said electoral contests in the country were getting increasingly open as no single party could dominate.

“We can see that now there are no dominant parties. New or old parties all have a chance. It depends on their approach,” she added.