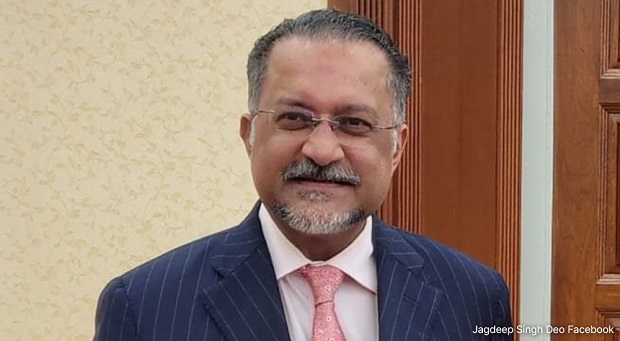 GEORGE TOWN — Penang state exco Jagdeep Singh Deo has been hospitalised after he was allegedly attacked on Friday evening.

It is learnt that the Penang lawmaker was at a shop in Tanjung Bungah when an unknown person approached and allegedly shoved him.

In the 8.30pm incident, Jagdeep’s teenage son had tried to help him but the assailant allegedly shoved him as well before fleeing the scene.

Jagdeep, who is local government, housing and town and country planning committee chairman, was then taken to the hospital due to injuries from the fall.

It is believed that the 51-year-old hurt his ankle and is in stable condition.

When contacted, Penang police chief Datuk Mohd Shuhaily Mohd Zain confirmed that a suspect has been arrested in relation to the case.

He said the suspect was remanded for two days to assist in investigations.

It is believed the case is being investigated under Section 325 of the Penal Code for voluntarily causing grievous hurt.

Jagdeep could not be reached for comments.  MALAY MAIL

State police chief Shuhaily Mohd Zain confirmed the arrest and said that the suspect is currently under a two-day remand to assist in the investigation. He declined to comment further on the case since it is still under investigation.

The case is being investigated under Section 325 of the Penal Code for voluntarily causing grievous hurt, which is punishable with up to seven years’ imprisonment, and a fine, according to Bernama

The assault took place around 8.30pm at a restaurant here in Tanjung Bungah, when the 51-year-old politician, who is the son of the late DAP veteran Karpal Singh, was having his dinner with family members.

According to a source, Jagdeep was approached by the man, believed to be a German, who acted aggressively and pushed him down.

“The man appeared to be drunk and even tried to attack Jagdeep’s sons,” the source said.

Jagdeep broke his left ankle in the incident and is currently receiving treatment at a private hospital here.

According to DAP officials, he went in for surgery this morning and is reported to be recovering.