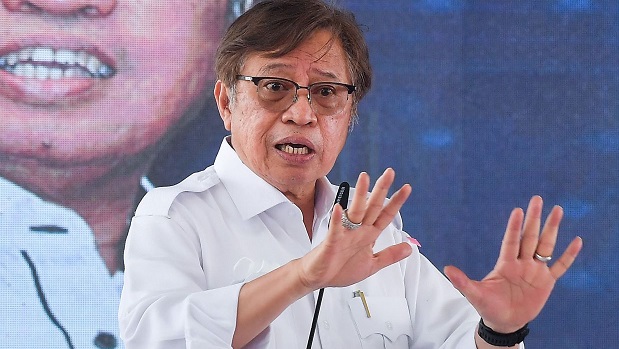 PETALING JAYA: Sarawak premier Abang Johari Openg has defended the state government’s decision for English to remain an official language alongside the national language, saying it was in line with the Federal Constitution.

According to a report by Berita Harian, he said the move did not mean he was against national policy, adding that he hoped the public would not consider the Sarawak government, under his leadership, as not being in line with the federal government.

“I need to clarify this confusion. It’s not that I am not in line with national policy, but we need to be practical and acknowledge the importance of the English language.

“Furthermore, Sarawak is moving towards a digital and secular economy, where many English terms cannot be translated into the national language,” he said when officiating the Parti Pesaka Bumiputera Bersatu (PBB) triennial delegates’ convention.

Abang Johari said the Sarawak government had never disobeyed the federal government and adhered to all the policies it implemented.

On June 8, Abang Johari stressed that the Sarawak civil service would continue using English as the official language alongside the national language — Malay.

His comments were in response to chief secretary to the government Zuki Ali’s May 24 statement where he wanted the public service department (JPA) to look into actions that could be taken against those who did not take instructions to strengthen the national language seriously.