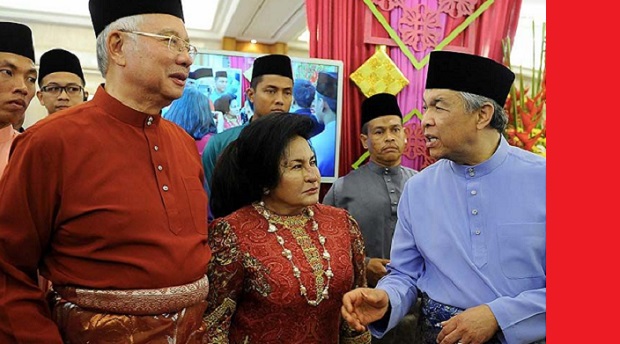 Umno’s dilemma: when to call for GE15

In the wake of the extraordinary electoral performances of the Umno-led Barisan Nasional in the Melaka and Johor state elections, it would be prudent for them to call an immediate federal election.

Based on BN’s recent electoral results, they are set to win with a landslide, allowing Umno to become the dominant electoral force if an election was held immediately.

However, here lies the dilemma. Umno is in the midst of a power struggle internally. On one side, Umno president Ahmad Zahid Hamidi has the power to select electoral candidates, and on the other side, Prime Minister Ismail Sabri Yaakob has the sole authority to request a dissolution of the Dewan Rakyat to pave the way for an election.

This stand-off is paralysing Umno’s ability to reap the benefits of its current electoral popularity.

Malaysia is coming out of the Covid-19 pandemic, and four years of political turmoil with a number of economic problems on the horizon. The rakyat are now facing hard times, and worse is to be expected with rampant inflation, rising food prices and chronic shortages. There are signs of increasing homelessness, business shutdowns, bankruptcies and rising poverty.

These perceptions within the media are substantiated by the fact that Ismail has not introduced any new initiatives or policies that resonate with the public. The political appointments and cronyism under his watch are turning the public against him. The push for Malay as a regional and official language used by bureaucrats overseas makes Ismail look even more parochial.

Former prime minister Najib Razak, who has been convicted and sentenced to 12 years, which is currently suspended pending appeal, has reinvented himself into the “prime minister in waiting”.

Najib is meeting heads of state and rubbing shoulders with the elite of the nation, including royalty. On Johor election night, Zahid gave Najib the centre of attention, even though it was Umno deputy president Mohamad Hasan and former Johor menteri besar Hasni Mohammad’s roles that were most important in Umno’s electoral win. Ismail was just left on the sidelines, as the crowds chanted “bubar Parlimen” (dissolve parliament).

Najib and Zahid have control of the Umno party machinery. A few weeks back, the extraordinary Umno general assembly allowed the party constitution to be changed, so no party elections need to be held until six months after an election. This means that Zahid will go into the next general election as Umno president.

At the recent Barisan Nasional convention, attended by 4,000 delegates from Umno, MCA, MIC and Parti Bersatu Rakyat Sabah, Najib and Zahid were all gung ho about holding an early election.

Najib said at the BN convention that it was risky to delay the dissolution of parliament, as he made that mistake back in 2018 by calling GE14, losing to Pakatan Harapan. He went on to criticise the PH government for lying, appointing incompetent ministers and calling them “cap ayam”, with the vigour of someone on the campaign trial.

Najib has resurrected himself as an electoral asset within the Malay heartlands, the power base of Umno. This also flows onto a number of strategic mixed constituencies, where the “malu apa Bossku” persona invites interest. Najib, of late, has been also playing the role of unofficial opposition leader, taking up issues the official opposition has been largely silent on. This has made him detached from the current government’s mistakes and mismanagement.

Zahid on the BN convention stage asked the crowd if there should be an election now, and received a standing ovation which some claim was orchestrated to browbeat his authority. Some of the upper hierarchy were seen remaining seated as Zahid enjoyed the moment, indicating a deep division within Umno.

Notwithstanding, Najib and Zahid are pushing for an early election for more than one reason. A resounding BN victory with Umno firmly in stewardship may guarantee that Najib will not face any jail time, and Zahid will not have his day in court.

As time goes on, unless Najib and Zahid both beat the system, jail time looks more likely. Thus, time is of the essence for the “court cluster”, while running for a full-term ending September 2023 is in Ismail’s personal best interests.

Ismail knows that even though the Umno Supreme Council has nominated him as their prime ministerial candidate for the next election, this does not guarantee him any claim to the tenure of office. Still fresh in everyone’s mind is Hasni being quickly cast aside for Onn Hafiz Ghazi.

Ismail, and a number of his Cabinet supporters are talking down any early general election. Nazri Aziz, Annuar Musa, Khairy Jamaluddin and even Azalina Othman Said were quoted as talking about fixing inflation and solving the current plight the rakyat are facing before having an election.

With Ismail’s support theoretically, although not actually declining, there is an opportunity for the anti-Ismail forces to stir things up and attempt the forcing of a parliamentary dissolution. This, of course, would be very risky, and bring the opposition into the key role of supporting the Ismail administration. This would also leave the fate of the government in the hands of the Yang di-Pertuan Agong to either appoint another prime minister or dissolve parliament.

It is in the interests of the opposition to support Ismail, as they themselves are in disarray and need time to reconfigure themselves. In addition, the longer time before an election is called, the better chance there is to woo those who deserted PH back to the fold, because of the economic hardship felt throughout the community.

As time goes on, plans to reconstitute policies like the goods and services tax (GST) are being leaked out, angering sections of the public. All sides are utilising social media to discredit the other side.

With the economy deteriorating quickly, Umno’s expected electoral dominance may have an Achilles heel.

Those wary of this are now beginning to relook at PH in a rekindled enthusiasm, where even former prime minister Dr Mahathir Mohamad is talking about the philosophy of “anything but Umno” to unite the opposition.

The key players within Umno are now in a massive dilemma of how to play the game. There are no set plans where both sides must effectuate what they do next. The best prediction is there will be induced instability once again in government over the next few months.