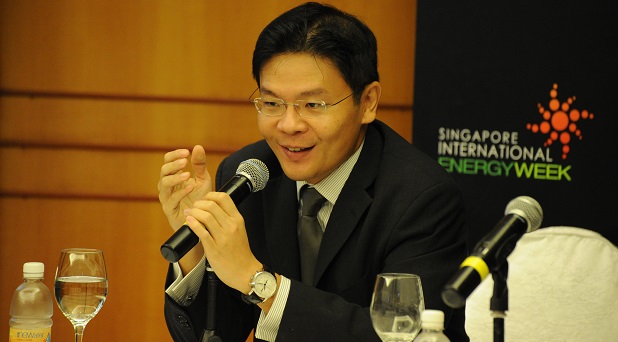 Wong, 49, was picked in April as leader of the People’s Action Party’s (PAP) so-called fourth generation team but the timeframe for a change in power in the ruling party remains unclear.

Lee, 70, has previously said Wong would succeed him either before or after the next general election, which is due in 2025.

“The next generation leadership is taking shape. I ask everyone to give your full support to this important transition, to steer Singapore safely out of the pandemic and into a brighter future,” Lee said in a Facebook post on Monday.

Monday’s announcement included the moving of several other political office-holders to different ministries.

Wong, who headed Singapore’s COVID taskeforce, will continue in his current role of finance minister while serving as deputy prime minister, according to an official statement. He would stand in for Lee as the leader in the event of his absence.

Singapore has been governed by the PAP since its 1965 independence and leadership succession is usually a carefully planned affair.

Felix Tan, a political analyst at Nanyang Technological University, said Wong’s appointment would ensure a smoother transition to the top job, which is unlikely to be imminent.

“This will give him some leeway to familarise himself in the role, give him the chance to form a new cabinet or at least be involved in the decision-making process of forming a new cabinet,” he said.

“I don’t necessarily think PM Lee is going to step down anytime soon. Perhaps we would see a timeframe of a year or two, which will bring us closer to the next general election.”  ANN

Lawrence Wong to lead PAP’s 4G team: 8 things to know about him 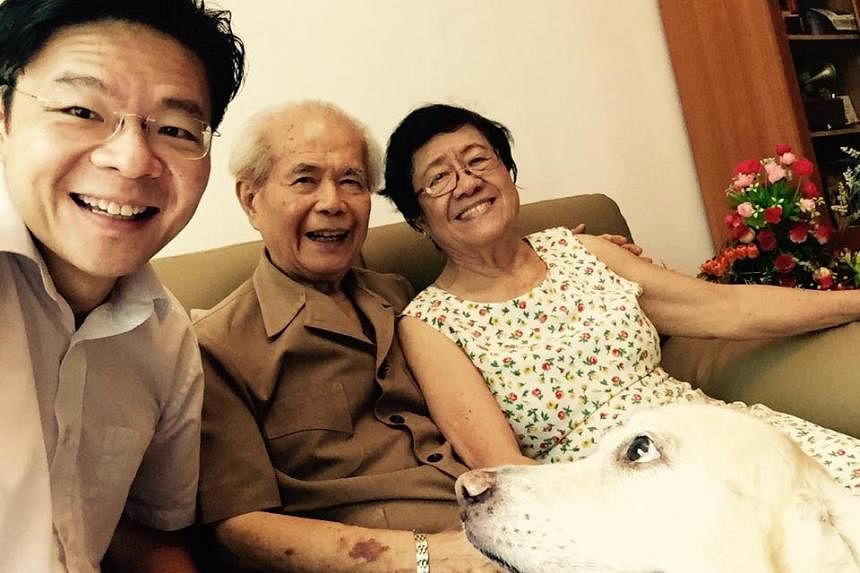 SINGAPORE – Finance Minister Lawrence Wong was on Thursday (April 14) endorsed as the leader of the ruling People’s Action Party’s fourth-generation (4G) team, concluding months of speculation over the identity of Singapore’s next prime minister.

Here are eight things to know about the 49-year-old, who is now heir apparent to Prime Minister Lee Hsien Loong.

Mr Wong grew up in what he has described as an “ordinary family” in the Marine Parade Housing Board estate.

His father, who died in August last year at age 86, was born in China’s Hainan Island and left for Ipoh in Malaysia as a young boy. After completing his secondary education, the elder Mr Wong moved to Singapore to work in sales for Sime Darby.

It was also here where he married Mr Wong’s mother, now 82 years old.

She started work at the age of nine – helping to wash neighbours’ clothes and look after their babies – while pestering her initially reluctant parents to let her go to school, against the gender bias of the time. She eventually became a teacher and taught for 40 years.

Mr Wong also has a brother, older by two years, who is an aerospace engineer at DSO Laboratories.

He remembers her as being a disciplinarian both in school and at home, and how that gave him “a strong sense of responsibility”. It also ingrained in him the ethos of making sure he does something well once he commits to it.

In school, Mr Wong was more bookish than sporty. He would hang out at the old Marine Parade library to borrow science fiction books and guitar tomes.

After Haig Boys’, he went to Tanjong Katong Secondary Technical School. Mr Wong has spoken of people asking him why he did not go to an “elite” school such as Raffles Institution instead.

He said it was only natural to continue his education in a school near home, where all his friends were and where he ultimately enjoyed himself.

Mr Wong went on to Victoria Junior College, where he got a government scholarship to study in the United States. He obtained bachelor’s and master’s degrees in economics from the University of Wisconsin-Madison and the University of Michigan-Ann Arbor, and also has a Master in Public Administration from the Harvard Kennedy School.

After he returned to Singapore, Mr Wong was posted to the Ministry of Trade and Industry and did economic modelling.

He then rose through the ranks in the finance and health ministries. As director of healthcare finance at the Ministry of Health, he implemented reforms to MediShield to provide Singaporeans with better protection against large hospital bills.

Three years later, he was appointed chief executive of the Energy Market Authority. After a 14-year career in the public service, he left to contest the 2011 General Election and was elected as an MP for West Coast GRC. He is currently an MP for Marsiling-Yew Tee GRC.

Early in Mr Wong’s career, he rebuffed offers from the private sector, and stayed on in the Government, which he felt allowed him to do different projects and shape schemes that could help Singaporeans.

He said he found it meaningful going down to the ground to explain policies – which could be why he has garnered a reputation for being a policy wonk, or someone with a particularly keen interest in the finer details of policy.

When pressed on the label in an interview with The Sunday Times in 2020, he said: “It’s partly what I was brought up with… That when you do anything, you have to put everything into it, you have to really want to excel.”

He added: “Whatever you do on a day-to-day basis, if you do it well, if you take responsibility, that in itself is a testimony of how you as a person are an example, you know, a light for the world.”

5. Thrust into the Covid-19 spotlight

In 2020, then Health Minister Gan Kim Yong had an idea to assemble a group to lead Singapore’s fight against an emerging pandemic. Mr Wong was his pick to co-chair what would eventually be the multi-ministry task force on Covid-19.

Deputy Prime Minister Heng Swee Keat, who was acting prime minister while PM Lee was away, called Mr Wong to tell him about his appointment.

Mr Wong’s response was “Okay, if you think I can help, I’ll be happy to support and I will do my best”.

In the book In This Together: Singapore’s Covid-19 Story written by The Straits Times, he acknowledged that the role was not something that would naturally fit into his portfolios at the time – National Development Minister and Second Finance Minister – even though those ministries would have to be involved in managing the unfolding crisis.

Publicly, he was not seen as the most obvious choice as well.

But Mr Wong would go on to make his mark at media briefings for his calm, clear explanation of policies, grasp of detail and steadying presence overall.

Mr Gan and Mr Wong have both used the same word – enjoyable – to describe what it was like to team up.

Speaking in Parliament in March 2020, the usually dispassionate Mr Wong was overwhelmed and had to choke back tears as he paid tribute to the front-liners.

After nearly two years of frequent appearances as co-chairman of the multi-ministry task force on Covid-19, Mr Wong put on a different hat in February 2022, delivering his first Budget statement since assuming the portfolio of Finance Minister in May 2021.

It was a significant Budget, packed with progressive tax measures aimed not only at generating revenues to fund major programmes needed over the next few years, but also at addressing social inequalities.

It fell on Mr Wong to outline the Government’s vision of a “fairer, more sustainable, and more inclusive society” and he did so in his usual unruffled way.

“Looking back at what we have been through during these Covid-19 years, we have nothing to fear. We will always overcome. We will always prevail,” he concluded. “We will chart a new way forward together. We will see through the pandemic today, and build a better Singapore tomorrow.”

His father gave him a guitar when he was eight, and he still speaks about music with real enthusiasm.

Where schoolmates had pictures of their favourite celebrities in school files, he had a picture of Eric Clapton’s guitar.

He picked the US to further his studies because it was home to his favourite musicians.

At the University of Wisconsin-Madison, he even went busking with his American roommate.

In 2011, he wrote about his “golden girl” in a Facebook post, saying: “There’s something wonderful about the way dogs behave – they eat with gusto, play with exuberance, and love extravagantly. In many ways, they help to restore our own sense of wonder, inspire us to look at things from new perspectives, and enable us to better appreciate the many simple blessings of life.”

After the 2020 General Election, it was Mr Wong who helmed a press conference to share preliminary findings from the PAP’s post-mortem.

He is a member of the party’s top decision-making central executive committee, and adviser to the PAP Policy Forum, which organises regular dialogues for rank-and-file party members to engage government leaders on policies.

“I’m doing it today but it could have been any one of us. I don’t think you need to read too much into who is the spokesperson,” he said then, reiterating that the Government’s focus was on getting Singapore through the Covid-19 crisis, and that the question of political succession would be dealt with later.

In January 2021, Mr Wong delivered a speech at the Institute of Policy Studies (IPS) think-tank’s flagship Singapore Perspectives conference, touching on the key themes of inequality and meritocracy; sustainability; and social solidarity.

He would then appear as keynote speaker at forums on race and racism in June and tribalism and identity politics in November, in a year where these issues came to the fore in Singapore through a spate of widely publicised incidents.

His June speech in particular was lauded in some circles for presenting a more forward-thinking and progressive approach than usual, to an often contentious topic.

Then, he pledged that the Government would continue to engage Singaporeans and update its policies on race and racial harmony.

“No community has gotten everything it wanted, but collectively, we have achieved more together than what we would have otherwise by just focusing on our individual agendas,” said Mr Wong.  https://www.straitstimes.com/