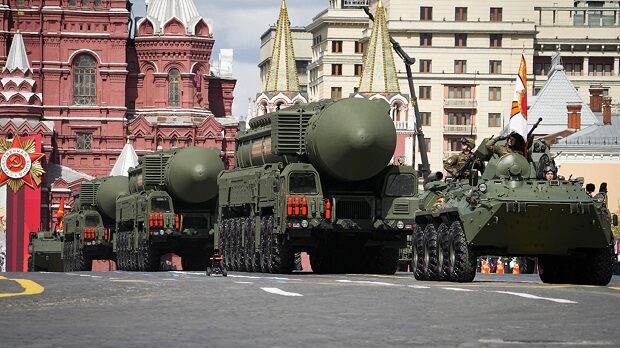 President Vladimir Putin has signed a decree simplifying the process for residents of Ukraine’s Russian-occupied Kherson and Zaporizhzhia regions to acquire Russian citizenship and passports.

The decree marks a further step towards “Russification” of the two regions, where Moscow’s war in Ukraine has enabled it to establish a continuous land bridge linking Russia to the Crimean Peninsula, which it seized from Ukraine in 2014.

Kyiv said the plan was a violation of international law and accused the Kremlin of “criminal” behaviour.

“The illegal issuing of passports … is a flagrant violation of Ukraine’s sovereignty and territorial integrity, as well as norms and principles of international humanitarian law,” the Ukrainian foreign ministry said in a statement on Wednesday.

Putin’s move extends a scheme available to residents of areas controlled by Russian-backed separatists in Ukraine’s Donetsk and Luhansk regions, where Moscow has issued around 800,000 passports since 2019.

Applicants are not required to have lived in Russia and do not need to provide evidence of sufficient funds or pass a Russian language test.

Russia claimed full control of the Kherson region, north of Crimea, in mid-March, and holds parts of the Zaporizhzhia region to the northeast.

In Kherson, the Ukrainian governor has been ousted and the military-civilian administration said earlier this month that it planned to ask Putin to incorporate it into Russia by the end of 2022.

On Monday, authorities in Kherson introduced the rouble as the official currency alongside the Ukrainian hryvnia. On Thursday, officials installed by Moscow announced the same measure in parts of the region of Zaporizhzhia.

Ukraine has pledged to recapture all of its seized territory.

Meanwhile, fierce battles are being fought in Ukraine’s east, where Russia has focused its so-called “military operation”. It has been three months since Russia launched its invasion of neighbouring Ukraine on February 24 to “de-nazify” the country.

Ukraine’s western allies say the invasion is a war of aggression.

The United Nations High Commissioner for Refugees said more than 6.5 million people have fled the war in Ukraine so far, with Poland hosting the largest number of Ukrainians. – AL JAZEERA

A Russian representative in the occupied Zaporizhzhia region says that Ukraine has forever lost access to the Sea of the Azov, state news agency Ria has reported.

Earlier another Russian representative in the annexed territory of Crimea told Ria that after the “liberation” of Mariupol, the Sea of Azov became a joint sea for Russia and the so-called Donetsk People’s Republic. AL JAZEERA

Ukrainian President Volodymyr Zelensky savaged suggestions that Kyiv give up territory and make concessions to end the war with Russia, saying the idea smacked of attempts to appease Nazi Germany in 1938.

The angry comments by Zelensky and a senior aide come as Ukrainian troops are facing a renewed offensive in two eastern regions that Russian-speaking separatists seized part of in 2014.

The New York Times editorial board said on May 19 that a negotiated peace might require Kyiv to make some hard decisions, given that a decisive military victory was not realistic.

And former US secretary of State Henry Kissinger this week suggested at the World Economic Forum in Davos that Ukraine should let Russia keep Crimea, which it annexed in 2014.

“Negotiations need to begin in the next two months before it creates upheavals and tensions that will not be easily overcome,” said Kissinger, who turns 99 on Friday. “Pursuing the war beyond that point would not be about the freedom of Ukraine, but a new war against Russia itself.”

Ukrainians support Zelensky’s position overwhelmingly, according to a recent poll that shows 82 per cent refuse to concede any land to end the war.

“Whatever the Russian state does, you will always find someone who says ‘Let’s take its interests into account’,” Zelensky said in a late night video address on Wednesday.
“You get the impression that Mr Kissinger doesn’t have 2022 on his calendar, but 1938, and that he thinks he is talking to an audience not in Davos but in Munich back then.”

In 1938, Britain, France, Italy and Germany sighed a pact in Munich that gave Nazi dictator Adolf Hitler land in the then Czechoslovakia as part of a failed attempt to persuade him to abandon further territorial expansion. “Perhaps the New York Times also wrote something similar in 1938. But let me remind you, it’s now 2022,” said Zelensky.

“Those who advise Ukraine to give something to Russia, these ‘great geopolitical figures’, never see ordinary people, ordinary Ukrainians, millions living on the territory they are proposing to exchange for an illusory peace.”
Italy and Hungary have urged the European Union to call explicitly for a ceasefire in Ukraine and peace talks with Russia, putting themselves at odds with other member states determined to take a hard line with Moscow.

“No one is going to trade a gram of our sovereignty or a millimetre of our territory,” he said in video remarks posted online. “Our children are dying, soldiers are being blown apart by shells, and they tell us to sacrifice territory. Get lost. It’s never going to happen.”

“You can’t supply Ukraine with weapons with one hand and come up with plans for a peaceful resolution of the situation with the other,” Maria Zakharova said at her weekly briefing, referring to the Italian initiative.

Meanwhile, Russian President Vladimir Putin on Wednesday fast-tracked citizenship for residents of two regions of Ukraine, prompting protests from Kyiv that the move violated its sovereignty.

Putin signed a decree affecting residents of the southern region of Kherson, which is under the full control of Russian troops, and the southeastern region of Zaporizhzhia which is partially controlled by Moscow.

“The simplified system will allow all of us to clearly see that Russia is here not just for a long time but forever,” the Moscow-appointed deputy leader of Kherson region, Kirill Stremousov, told Russia’s RIA Novosti state news agency.

“We are very grateful to Russian President Vladimir Putin for all he is doing for us, for protecting Russian people in historically Russian lands that have now been liberated,” he added.

The new authorities want to help those wishing to “join the big family of Russia”, he said.
The Ukrainian foreign ministry swiftly protested against the “illegal issuing of passports”.

The move “is a flagrant violation of Ukraine’s sovereignty and territorial integrity, as well as norms and principles of international humanitarian law”, it said in a statement.

In Washington, State Department spokesman Ned Price voiced concern that the plan was part of “Russia’s attempt to subjugate the people of Ukraine – to impose their will by force”.

“That is something that we would forcefully reject,” Price told reporters.

The official order published Wednesday came on the heels of a 2019 decree that allowed the same fast-track procedure for residents of the self-proclaimed Donetsk and Lugansk People’s Republics, eastern Ukraine’s breakaway regions.

Applicants are not required to have lived in Russia, do not need to provide evidence of sufficient funds or pass a Russian language test.

Applications will be processed within three months and the Kherson region has already begun work on launching centres to issue Russian passports, Stremousov said.

On Monday, the authorities in Kherson introduced the ruble as the official currency alongside the Ukrainian hryvnia. On Wednesday, officials installed by Moscow announced the same measure in parts of the region of Zaporizhzhia. SCMP