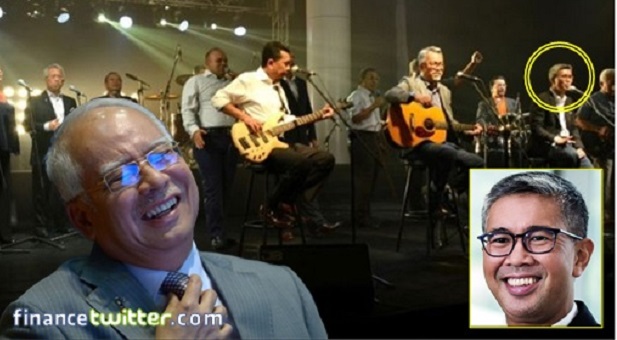 The revelation came amid rife speculation that Zafrul is eyeing to contest in the next general election.

According to Ahmad, the finance minister has been a long-time Umno member since before he became a cabinet member.

“Yes, I confirm that Zafrul is an Umno member,” he was quoted as saying by Utusan Malaysia today.

However, Ahmad did not know which division the finance minister is a member of but noted that the latter’s sibling Tengku Zuhri Abdul Aziz, was the Lembah Pantai Umno deputy chief.

An ally to Muhyiddin

The former banker became a minister under Muhyiddin Yassin’s administration and kept his job when Ismail Sabri Yaakob took over as prime minister.

He has been, for a long time, considered an ally to Muhyiddin.

However, speculation has been rife that Zafrul is eyeing to contest on a BN ticket in the next general election.

This is despite BN chairperson and Umno president Ahmad Zahid Hamidi – who signs off on candidates – being perceived as a critic of Zafrul, as witnessed by the former’s efforts to pressure the government into allowing for multiple EPF special withdrawals over the past year.

One seat reportedly being staked out by Zafrul is Sungai Besar.

Umno division chief Jamal Md Yunos had said on Monday that he was willing to make way for the finance minister during the general election.

Jamal was quoted by Utusan Malaysia as saying that Umno should also consider possibly fielding Zafrul in other seats in Selangor.

The Sungai Besar Umno chief is aligned with Selangor Umno chief Noh Omar. The camp’s alliances with Zafrul, as well as the pursuit of cooperation with PAS, have put them at odds with Zahid.