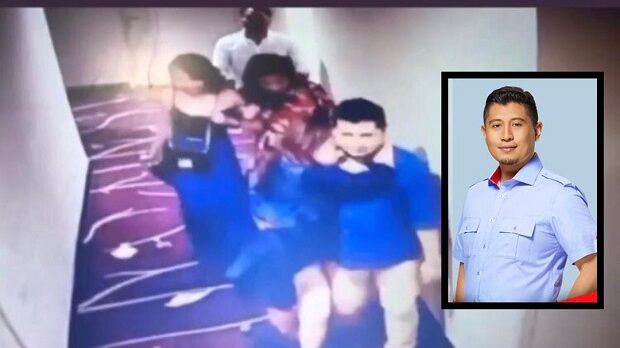 PETALING JAYA: A 33-year-old woman testified at the sessions court today that she did not consent to having sex with an aide to a Bersatu assemblyman.

The woman, who was cross-examined at her rape trial, also denied suggestions that she had enticed Zulfahimin Mahdzir into a bedroom at a hotel in Kuala Lumpur, where the incident took place on Dec 5, 2020, Malaysiakini reported.

“Not with my consent, no! no! no!,” the portal quoted her as saying.

Zulfahimin is an aide to Gombak Setia assemblyman Hilman Idham.

The woman also said she was not “merely tipsy” but was “mostly unconscious from intoxication”.

In her testimony, she identified Zulfahimin as the “last person she recalled seeing on top of her body” prior to passing out.

“I saw Zul. At that time, I could feel that I was on a bed. I could feel Zul on top of me,” she said, referring to the accused.

The woman went on to identify the accused, who was present.

She also admitted to a “scandal” with Hilman whom she was introduced to by a mutual contact, adding that they had met several times.

“I also slept with Hilman. (Using) nicknames like ‘sayang’ and ‘baby’,” she was quoted as saying.

Zulfahimin was charged in the Kuala Lumpur sessions court on Sept 3, 2021 with raping the woman in December 2020.