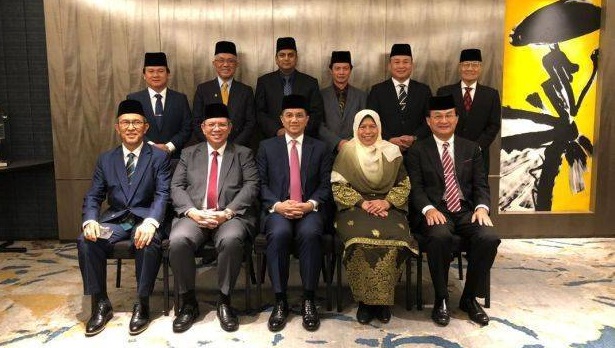 Michelle Yeoh attends The Metropolitan Museum of Art's Costume Institute benefit gala celebrating the opening of the "In America: An Anthology of Fashion" exhibition on Monday, May 2, 2022, in New York. (Photo by Evan Agostini/Invision/AP)

Just like the title of her latest movie, Malaysian actress Tan Sri Michelle Yeoh is just about (Everything) Everywhere All At Once.

The 59-year-old powerhouse has so many projects attached to her name in recent years – from acting and producing to starring in films and TV show.

It is no wonder Time magazine named Yeoh as one of its 100 Most Influential People Of 2022.

Guest contributors are invited to pen tributes to these luminaries.

​​”She achieves the impossible again and again. Simply put, that is what Michelle Yeoh has been doing for decades,” Kwan started his essay.

“Subverting stereotypes in a Bond movie and breaking into the global consciousness with an Oscar-winning kung fu epic? Michelle Yeoh did it.

“Leading the first Hollywood film with an all-Asian cast in 25 years to become the highest-grossing romantic comedy in over a decade? Yes, Michelle Yeoh did it,” Kwan wrote, referring to Crazy Rich Asians which made US$239mil worldwide.

He ended the tribute saying: “Michelle Yeoh astonishes us with her honesty, humour, and grace, and we realise we will never get enough of her achieving the impossible.”

This year alone, Yeoh is slated to appear in five films – the aforementioned Everything Everywhere All At Once, Minions: The Rise Of Gru, Paws Of Fury: The Legend Of Hank, Avatar: The Way Of Water and The School Of Good And Evil.

She has also completed shooting the TV series The Witcher: Blood Origin and is currently shooting the comedy series for Disney+, American Born Chinese.

Other stars honoured in Time‘s 100 Most Influential People Of 2022 include Zendaya, Sarah Jessica Parker, Andrew Garfield, Keanu Reeves, Adele and Yeoh’s co-star in Shang-Chi And The Legend Of The Ten Rings, Simu Liu.