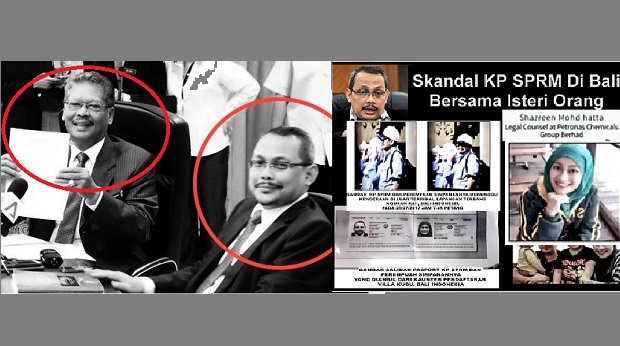 Following Donald Trump’s footstep is his best friend, Scott Morrison. The Australian prime minister has just lost power, as expected, after Aussie voters decided he had done enough damage to the country. At the eleventh hour, the desperate Scotty admitted he was a bit of a “bulldozer”, but his drama was enough to convince the voters that he does not deserve another three years.

Under the impression that Australia under his leadership is the United States’ “deputy sheriff” in the Asia-Pacific region, Morrison was running the country under the platform of division and hate. Even after Trump lost the 2020 Presidential Election, the arrogant Morrison still hadn’t learned any lesson, going full throttle on anti-Chinese rhetoric just like Trump.

Thanks to his arrogance and racist strategy, the Liberal Party has lost more than a dozen seats. After six weeks of campaigning and almost a decade since Labor last was in power, Opposition Leader Anthony Albanese is now officially Australia’s 31st Prime Minister. With counting still ongoing since Saturday night (May 21), the Labor has won at least 76 seats in the 151-seat House of Representative to form a majority government.

It is a humiliating defeat for Scott Morrison and the Coalition, which will hand over power to Labor for the first time in 9 years. The Liberal is practically wiped out in Melbourne, where one in five people are of Chinese descent in seats like Chisholm in the eastern suburbs of Melbourne. Morrison’s anti-Chinese rhetoric has seen worsening racism, forcing Chinese-Australians to retaliate.

Scotty probably didn’t aware that his center-right Liberal National coalition won the electorate by a margin of just 0.6% three years ago. As early as February, Chinese-Australians, who make up less than 5% of the country’s 25 million population, already felt the heat of racism and discrimination when even businessman Jason Li Yat Sen’s loyalty to the country was being questioned.

But Jason is no ordinary Aussie, but has just won the New South Wales legislative assembly in a mid-February by-election. His parents migrated to Australia from China more than 60 years ago, but thanks to Morrison, Jason was associated with the Chinese Communist Party. The PM didn’t care about issues like the economy and cost of living, but positioned himself as tough on China.

Like Trump, Morrison was so obsessed with spreading anti-Chinese sentiment that he had made baseless claims that opposition leader Anthony Albanese was Beijing’s preferred candidate. On February 16, Scotty went to the extent of calling the opposition Labor Party’s deputy leader Richard Marles a “Manchurian candidate” – suggesting that Marles was a Chinese puppet. 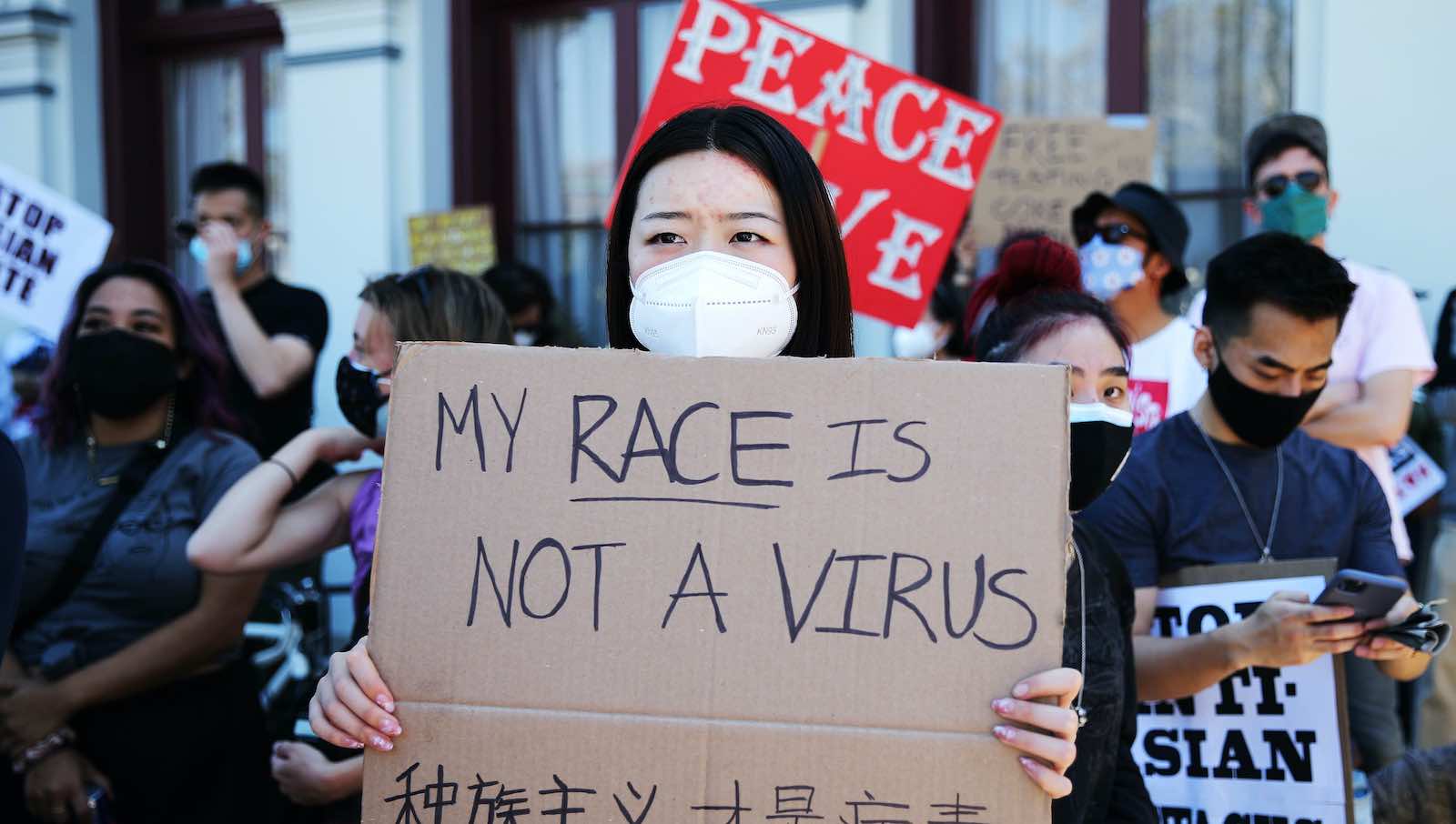 In another incident, June Loh, a Singaporean who moved to Australia and settled in Melbourne about 15 years ago, was shocked when her husband was called a “cockroach” as he walked down the street. In March, a truck with a billboard featuring a photo of Chinese president Xi Jinping with a message that says “Vote Labor” was seen being driven around Parliament House in Canberra.

As much as Australia likes to brag as a model multicultural society, in truth, anti-Asian racism runs deep in the country. Beginning in the late 19th century, a series of laws have been systematically passed to restrict Chinese migration to Australia, eventually evolving into the “White Australia” policy that prevented migration by non-Europeans into the country.

The Covid-19 pandemic has seen discrimination and racism turn for the worse after PM Morrison saw it as an opportunity to project himself as the hero of the White Australia. To cover-up his screw-up in mishandling the pandemic, Trump diverted attention to China, accusing Beijing of “a disinformation and propaganda attack”, a dangerous accusation which was parroted by Morrison.

China is Australia’s biggest trading partner – about one-third of “the land Down Under” total exports go to the Chinese, contributing A$135 billion annually and providing thousands of jobs. However, beginning April last year, the relations between both nations have been spiralling downwards in the wake of Canberra’s call for an inquiry into the origins of Covid-19.

In April 2021, Prime Minister Scott Morrison started what appeared to be a silly pro-Trump campaign, urging top allies France, Germany and New Zealand to pressure China to give the foreign countries the “weapons inspector-like” powers to investigate the Coronavirus outbreaks. That would be as good as an invasion, breaching the Chinese’s sovereignty.

Unimpressed, China mocked Australia of parroting U.S. President Donald Trump in its call for an inquiry to determine the origins of Covid-19. It was Morrison’s own admission that he had no evidence to suggest the disease originated in a laboratory in the Chinese city of Wuhan. Only Trump said he was convinced the virus may have originated in the Chinese virology lab.

In the same month (April), Chinese Ambassador to Australia Cheng Jingye warned the Morrison government that its dangerous manoeuvre would spark a consumer boycott against Australian goods. Beijing made good on its promise, slapping an 80.5% tariff on all Australian barley grain in May after banning imports from four major Australian beef suppliers, allegedly over labelling issues.

By November, the situation was so bad that Chinese import agents warned their clients they had been informed that no Australian shipments of wheat, barley, sugar, red wine, timber, wool, lobster and copper ores would be cleared. The Aussie’s tourism and education sectors have also been targeted when Chinese tourists and students were advised to stay away from the country.

Still, the defiant Australian PM continued his attacks on not only China, but also fellow Chinese-Australians – even White Australians in the opposition camp. However, despite throwing everything, including the kitchen sink, Morrison has failed to improve his government’s rating despite a fierce campaign on national security, in which he accused the Labor Party of being too weak on China.

The writing was on the wall when the Liberal National coalition was trailing Labor Party 45% to 55% in surveys as recent as February, just 3 months before the May national election. The Opposition did not need to try very hard to win over the voters. Morrison had done an excellent job in scaring the Chinese-Australians to revolt against the same Coalition that they had voted in 2019.

In Sydney’s north-west, which has a sizeable Chinese Australian population, the community leaders warned the Coalition’s use of hardline rhetoric against China was turning voters off -the government could lose Bennelong. Felix Lo (president of the Australian Asian Association of Bennelong) said the Chinese Australian community was afraid anti-Asian attacks could intensify if the political rhetoric did not soften.

Felix said – “Many are switching their votes from Liberal to Labor, and this is the main reason. Most Chinese Australians are business owners and for them to switch parties will come down to their wellbeing. I know a lot of Liberal supporters are thinking of switching to Labor and it comes down to the anti-Chinese sentiment that is filtering down from the government.”

Last year, 18% Chinese-Australians were physically threatened or attacked because of their Chinese heritage while at least 34% were discriminated for the same reason. That’s more than 600 reports of abuse and attacks since April 2020. To make matters worse, local news media happily worked with Morrison to fuel a divisive mentality, bashing every single Chinese without an exception.

The last straw that broke the camel’s back was when Defence Minister Peter Dutton warned Australia should be prepared for war amid the threat of China and Russia. Nobody wants a war, not even the White Australians. Morrison government had taken for granted the support from Chinese-Australians, believing that they are usually pro-Liberal because Liberal is traditionally pro-business. 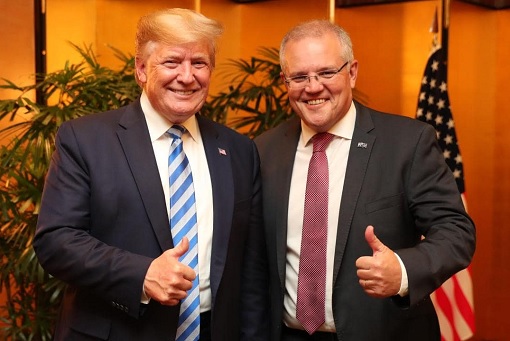 Mr Morrison had also underestimated the threat of independent candidates. Voters who do not like either the Liberal or Labor can still vote for a third voice. As it turns out, Treasurer Josh Frydenberg – supposedly the future leader of Liberal – has lost the Melbourne seat of Kooyong to independent Monique Ryan, a paediatric neurologist. Even Ryan was shocked she had won.

The unexpected defeat of Frydenberg is a slap in the face for the Liberals simply because Kooyong has been their traditional stronghold, a seat previously held by former Liberal PM Robert Menzies and former leader Andrew Peacock. The initial plan was for Frydenberg to take over the leadership if Morrison fails. Now, it appears the highly unpopular Peter Dutton has to take over.

Liberal Party has lost seats to not just its main rival in Labor, but also new challengers in the form of the “teal” independents. Not only Morrison made a huge mistake of picking a fight with China that he shouldn’t have, his administration was highly unpopular with women, not to mention Covid-19 mishandling and his vacationing during Australia’s biggest wildfire, as well as the half-baked fight on climate change.

Former Liberal Party minister Julie Bishop lectured outgoing PM Morrison how Australia’s women taught him a lesson – “Women did not see their concerns and interests reflected in a party led by Scott Morrison in coalition with Barnaby Joyce”. About 2 weeks before the poll, State of Nation poll showed only 22% of women aged over 18 plan to vote for the Coalition, compared to 31% for Labor.

Voters saw Morrison as a man who consistently “missing” in action and unprepared to take responsibility. Like Trump, he would blame everyone else but himself. He attacked Albanese as too risky, too economically illiterate, and therefore un-electable. On the contrary, Anthony Albanese’s strategy was focussing on “bread and butter” issues – cost of living and wages, leaving the public’s anger at Morrison to do the magic.

Albanese said that while Canberra’s relations with Beijing will remain complicated, there is a “mature and diplomatic way” to deal with China. He said that provocative statements should not be made for domestic political gains. Penny Wong, a Malaysian born in Borneo Sabah who speaks fluent Chinese, has become the new foreign minister in the Albanese new government.

The country that celebrates the defeat of Morrison and the Liberal Party is not China, but France. The French has not forgotten how Morrison betrayed and lied when he quietly scrapped a submarine deal worth A$90 billion last year and award a new contract instead to the U.S.  France outgoing foreign affairs minister Jean-Yves Le Drian said – “I can’t stop myself from saying that the defeat of Morrison suits me very well.