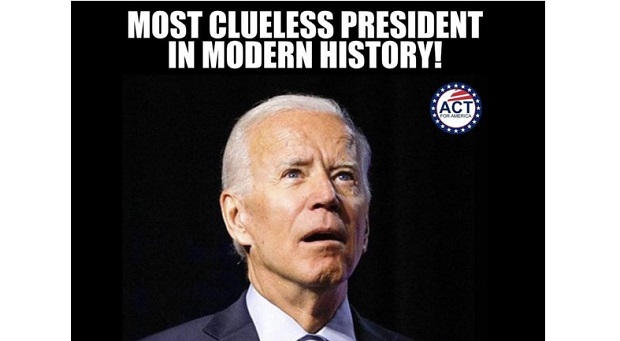 HONG KONG — Asian stocks rose today after US President Joe Biden said he was considering lifting some Trump-era trade tariffs imposed on China, although concerns over inflation and growth weighed on sentiment.

Tariffs on hundreds of billions of dollars of Chinese imports are due to expire in July, and Biden has faced growing calls to get rid of the punitive duties to help combat the highest US inflation in more than four decades.

Biden’s comments today during a visit to Tokyo come after Treasury Secretary Janet Yellen last week said some of the duties imposed by former president Donald Trump “seem to impose more harm on consumers and businesses” and do little to address real issues posed by the Asian giant.

The president also said a recession in the United States was not inevitable but acknowledged the economic pain felt by American consumers, saying “this is going to take some time”.

Ending the tariffs could help cut roaring US inflation by making imports cheaper.

Biden also announced that 13 countries had joined a new, US-led Asia-Pacific trade initiative, although there are questions about the pact’s effectiveness.

Investors will be looking to the release on Wednesday of notes from the latest Federal Reserve committee meeting for clues on further rate hikes by the US central bank.

Trade was cautious in Asia after Wall Street briefly dipped into a bear market Friday, with the S&P 500 index down about 19 per cent from its January high. Tokyo closed 1.0 per cent higher, while Shanghai ended flat. Hong Kong fell 1.2 and Singapore was down 0.6 per cent but most other Asian markets saw gains, with Seoul, Bangkok, Taipei and Mumbai in the green.

The new government of Prime Minister Anthony Albanese is expected to undertake some policy shifts, particularly on climate change, but economists said they were unlikely to upset growth forecasts.

An interest rate cut by Beijing did little to cheer Chinese markets, with investors concerned about continuing Covid restrictions that are hurting the world’s second-largest economy and snarling international supply chains.

European markets opened higher despite lingering concerns over inflation, with London up 0.8 per cent, Frankfurt 1.4 per cent higher and Paris adding 0.7 per cent.

Oil was higher, with US crude benchmark WTI up 0.9 per cent and Brent gaining 1.0 per cent.

The invasion of Ukraine has shaken up the global market and the outlook for key producer Russia, which has been largely shunned by Western countries.

“Concerns over demand destruction appear to be limiting the upside, while threats of oil embargoes are keeping a floor under the downside,” said Michael Hewson, chief market analyst at CMC Markets. — AFP

U.S. President Joe Biden on Monday said he would be willing to use force to defend Taiwan, prompting thanks from the democratic, self-ruled island — but sharp criticism from China.

When asked at a joint press conference with Japanese Prime Minister Fumio Kishida whether the U.S. would be prepared to defend Taiwan if attacked, Biden replied: “Yes.”

“That’s the commitment we made,” Biden said. “We agree with the ‘one China’ policy. We signed on to it. All the attendant agreements [were] made from there. But the idea that that can be taken by force, just taken by force. It’s just not it’s just not appropriate.”

Taiwan’s foreign ministry thanked Biden for reaffirming U.S. support if Beijing invaded the island. However, China’s foreign ministry said the U.S. should not defend Taiwan’s independence, Reuters reported, adding that Beijing has no room for compromise or concessions relating to matters of sovereignty and territorial integrity.

Taiwan and mainland China are separated by the Taiwan Strait, which is only about 100 miles wide (160 km) at its narrowest point. China claims Taiwan as part of its own territory and has been putting pressure on the democratic island to accept its rule.

A break from ‘strategic ambiguity’

Biden’s comments appeared to break Washington’s long-held tradition of “strategic ambiguity” on Taiwan, whereby the White House had been intentionally vague on whether it would come to the island’s aid if China invaded. The aim of this policy had been to ward off the mainland from taking military action, without the U.S. committing itself to war.

A White House official said Biden’s comments did not reflect a policy shift.

Under the “one China” policy, a cornerstone of diplomatic relations between Washington and Beijing, the U.S. diplomatically acknowledges China’s position that there is only one Chinese government.

However, the U.S. also maintains a “robust unofficial” relationship with Taiwan, and Washington supplies military equipment to the island in accordance with the 1979 Taiwan Relations Act. This act does not require the U.S. to intervene militarily to defend Taiwan if China invades, but makes it a policy to ensure the island has the resources to defend itself and to deter Beijing from unilaterally unifying the island.

China has stepped up its military provocations with Taiwan in recent years in an ostensible effort to intimidate what it sees as a rogue province into accepting Bejing’s demands to unify with the mainland.

Taiwan, and the view of the island through the lens of Russia’s onslaught in Ukraine, came up several times throughout Biden’s press conference with Kishida.

Japan’s leader said that the two countries’ position on Taiwan remains unchanged and “underscored the importance of peace and stability of Taiwan Straits, which is an indispensable element for peace and prosperity of international communities.”

At the start of the year, one political analyst singled out the tense relationship between the U.S. and China over Taiwan as the top risk for Asia in 2022. CNBC