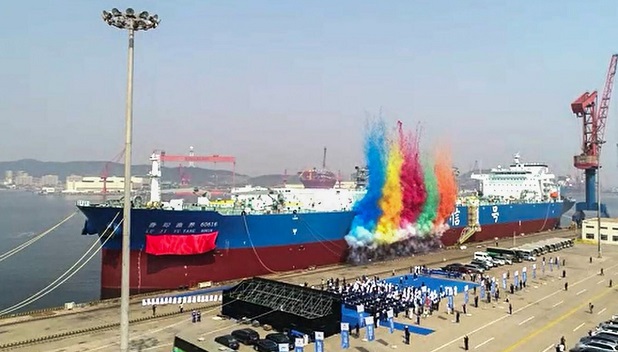 Party members who turned up to cast their ballot at the Bukit Beruntung Golf & Country Resort as early as 7.30am today walked into an empty venue.

Basic facilities, including tables and chairs, only arrived at 9.15am, 15 minutes after the scheduled polling time.

Hulu Selangor MP June Leow (above) is defending her Hulu Selangor division chief post in a three-cornered fight. Hulu Selangor is one of 22 divisions in Selangor that was supposed to be holding their election today.

According to party election guidelines, election logistics should have been provided by the incumbent division committee led by Leow, reported Malaysia Gazette.

Logistics and polling facilities should be in place on the eve of the polling day.

PKR election committee (JPP) spokesperson and Selangor coordinator Mazli Saring said the decision to call off polling at the Hulu Selangor division was made on the grounds that no complete facilities were provided as per the party rules.

“JPP does not provide these facilities. Secondly, there is no communication as claimed by June. I have nothing further to say and I don’t want to point a finger. We will let the JPP decide.

“The ‘caretaker’ of Hulu Selangor should deal with the facilities. But for almost two hours, they were unable to provide the facilities and the election committee decided to cancel the polling today.

“Further action will be reported soon and the JPP will issue a cancellation (notice) soon,” he said.

Mazli denied that the JPP overlooked the matter and failed to carry out its responsibility as claimed by Leow, who was the division chief for two terms.

“Don’t blame JPP. I have all the evidence and facts. So, don’t talk. This is not the time to play the blame game as this is a party matter,” he said.

Meanwhile, Leow claimed that none of her suggestions and plans were ‘entertained’ by the JPP in the past three weeks.

A source who spoke on condition of anonymity described this as an act of sabotage, as voters who turned up early were the supporters of two candidates while supporters who aligned with another camp were asked to turn up at 2.30pm today.

Last Tuesday, a party member from the Hulu Selangor division lodged a police report alleging being offered a bribe for a vote in the ongoing party elections.

Apart from Selangor, Perak PKR is also holding its polls at all of its 24 divisions today.