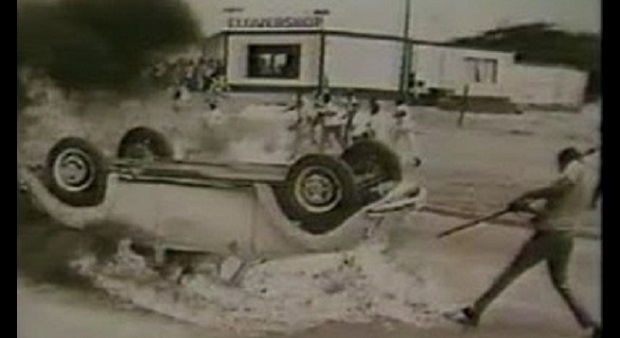 Fifty-three years ago today, on May 13, 1969, Malaysia lost its racial harmony.

Racial riots rocked Kuala Lumpur and hundreds of people were killed, vehicles torched and buildings destroyed. The nation built on the promise of a shared future after its independence would never be the same again.

The skirmishes were between the Malays and Chinese and to a degree, Indians. Author and academic Dr Kua Kia Soong claimed Umno political conspiracy in his book, ‘May 13’, significantly based on declassified British documents. But academic Dr Syed Husin Ali disagreed. The consensus though is Umno leaders were involved to oust their leader, the late Tunku Abdul Rahman.

The internet has abundant archives of May 13, 1969, the day the nation was consumed by violence and blood-letting. It was a tragic time for a nation that has yet to resolve in a historic, constructive and moral sense, its bloody and shameful past, even if it is a conciliatory and historic denunciation of racial violence.

Even today the spectre of unscrupulous, evil and opportunistic politicians and their sycophants stirring the race embers for an insidious political agenda and unsavoury gain is real.

There is no disagreement however that Malaysia subsequently went on the road to a political agenda based on ‘ketuanan Melayu’, a political idea of ethnic supremacy that has since hamstrung the nation’s democratic and political progress and national equity. 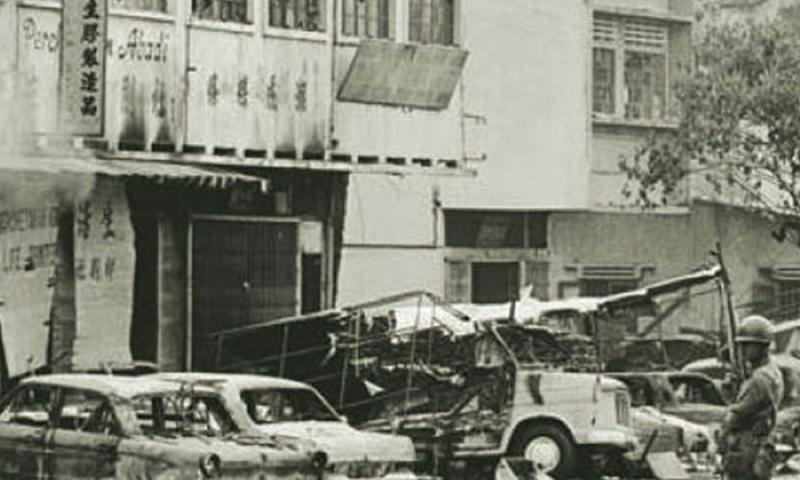 History is wont to repeat itself if those who govern nations do not learn from it. The result is chaos, carnage and human suffering.

May 13, 1969, is unlikely to happen again, not as a race-civil war between Malays and Chinese. Today, the roles of the disadvantaged have changed. Malays are no longer the economic underclass, and while kleptocracy and corruption among the political cartel are rife (several of their leading politicians have been convicted of corruption or facing court charges), national wealth disparity is no longer an excuse for racial politicking and troublemaking.

If after more than 60 years in power, having untold billions to spend with little constraints to do as they like, and they failed to achieve national goals, is this political entity, in whatever coalition it forms, fit to govern?

The ‘Malay dilemma’, after 22 years, had metamorphosised into an enigmatic Dr Mahathir Mohamad personified (the man became the dilemma), and corrupt leaders, political and class differentials, elitism, anti-social and youth misbehaviour, among other ills, are the problems creating the Malay dilemma today.

When it was historically perceived as a simple ‘they’ and ‘us’ contention, the Malays now face their enemies – not the non-Malays – from within. Intra-Malay divisiveness is rife and the infighting within and without their political parties is today’s dilemma.

Lies are given a re-run

Penang where I was then had its curfew a month before May 13, 1969. There was racial tension after a man was killed in a political event. The Gerakan that later governed Penang was a strong voice for the opposition and Chinese. Another opposition party, DAP, had also done well in the ensuing federal elections before the riots.

When May 13 broke out, there were rumours of fighting in Penang. We took care of our family’s Malay friends in our Chinese-dominated suburbia. They also looked out for us. Penang had always been a harmonious melting pot of diverse races and cultures.

While May 13 is unlikely to recur along political lines, the danger of evil politicians creating tension and promoting political agendas based on lies and subversion is latent. The falsehood and instigation that created fear among the Malays before May 13, 1969, are very much alive.

Today, we have seen how unscrupulous leaders created an unfounded sense of fear that the Pakatan Harapan government would see the loss of Malay hegemony and rights because some cabinet posts saw Chinese faces. And what was that Malay Dignity talkfest, attended by then Harapan leader Mahathir, about?

The blatant lie of the ‘Chinese bogeyman’ was exploited by the ‘Young Turks’ before May 13, blaming the then country leader, Tunku Abdul Rahman, for their loss of power. The lies are being given a re-run in today’s Malay politics. Fortunately, they are countered by other Malay politicians, among others.

From time to time, evil-minded politicians still use May 13 to warn off political opponents who push for their constitutional rights. And any observer of Malay politics can detect the overt threats during past political assembles when the ‘keris’ was raised and alarmist, hostile and bloody language was used.

Ultimately, when all is reduced to the source of human conflict, where race is overlooked, it bears testimony to the never-ending classic war between good and evil. Politics in Malaysia should not be about race but morality. Immoral, bad, unscrupulous and corrupt politicians have no role, no place, no right to be in politics, let alone in power.

May 13, 1969, or simply ‘May 13’ to many Malaysians, has receded into the past. Soon the generations that lived through it will no longer be alive. Few will give it a thought except the relatives of those who were the unwary victims.

“I was in the cinema at Jalan Tunku Abdul Rahman, near the Chow Kit area,” a friend recounted over a cup of coffee at the university cafe in Wellington, New Zealand. It was 1971.

“Suddenly we heard loud banging on the doors of the cinema. It was dark. There was riotous shouting and I saw people rushing into the place. There was pandemonium as everyone rushed to get out. The cinema with an unwary audience was under mob attack.”

My friend scaled a wall and ran for his life. He had lived to tell me of his harrowing escape. Sadly, many did not. Years after, the bloody murderous riots of May 13 are still taboo to many. Malaysia has a War Memorial to honour and remember its heroes. Who remembers the sad victims murdered on May 13?

The unfortunate victims of May 13 will never be known by the public, not remembered except by their loved ones and friends just like the other victims of evil, those killed in tragic incidents of the past such as during the Japanese Occupation.

“What is needed for evil to triumph is for good people to do nothing,” wrote philosopher Edmund Burke. When bad people run a government, evil will triumph. And people who do nothing to stop them should not complain.

Haris Ibrahim is not one of the silent ones. His efforts were significant in thwarting ‘bad’ politicians from getting into power before GE14.

This intrepid, selfless, tenacious and outspoken lawyer is once more in the news. His latest act of litigating against the MACC for the court to decide if its investigation of a judge is unconstitutional is classic Haris. This is despite the man being engaged in a life and death tussle against lung cancer himself. He needs people to help him defray his medical expenses. Let’s stand with Haris.

Governance in the country is being bombarded by the missiles of corruption. Doing something to help those who need our support to change the sorry state of the nation is the least any concerned citizen can do.

May 13 is a day of remembrance when evil took to the streets to slay innocent Malaysians. Never again ought to be our refrain. And never put evil politicians and corrupt people in positions of power.