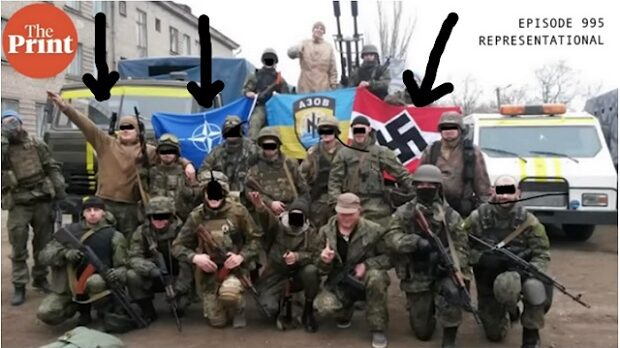 MOSCOW — Russia warned today it would have to take “military-technical” steps in response to neighbouring Finland joining Nato, after leaders in Helsinki backed entering the US-led alliance.
“The expansion of Nato and the approach of the alliance to our borders does not make the world and our continent more stable and secure,” Kremlin spokesman Dmitry Peskov told reporters.

When asked whether Finland’s membership would be a threat, Peskov answered: “definitely”.

“Everything will depend on how this process takes place, how far the military infrastructure will move towards our borders,” he said.
Russia’s foreign ministry said Moscow would be “forced to take reciprocal steps, military-technical and other, to address the resulting threats to its national security”.

It accused Nato of seeking to create “another flank for the military threat to our country”.

“Helsinki should be aware of its responsibility and the consequences of such a move,” the foreign ministry said.

Earlier today, Finland’s president and prime minister said they were in favour of joining Nato and a formal decision would be taken this weekend.

Finland’s political and public opinion swung dramatically in favour of membership after Russia sent troops into Ukraine on February 24.

Finland shares a 1,300-kilometre border with Russia and has been militarily non-aligned for decades. —AFP 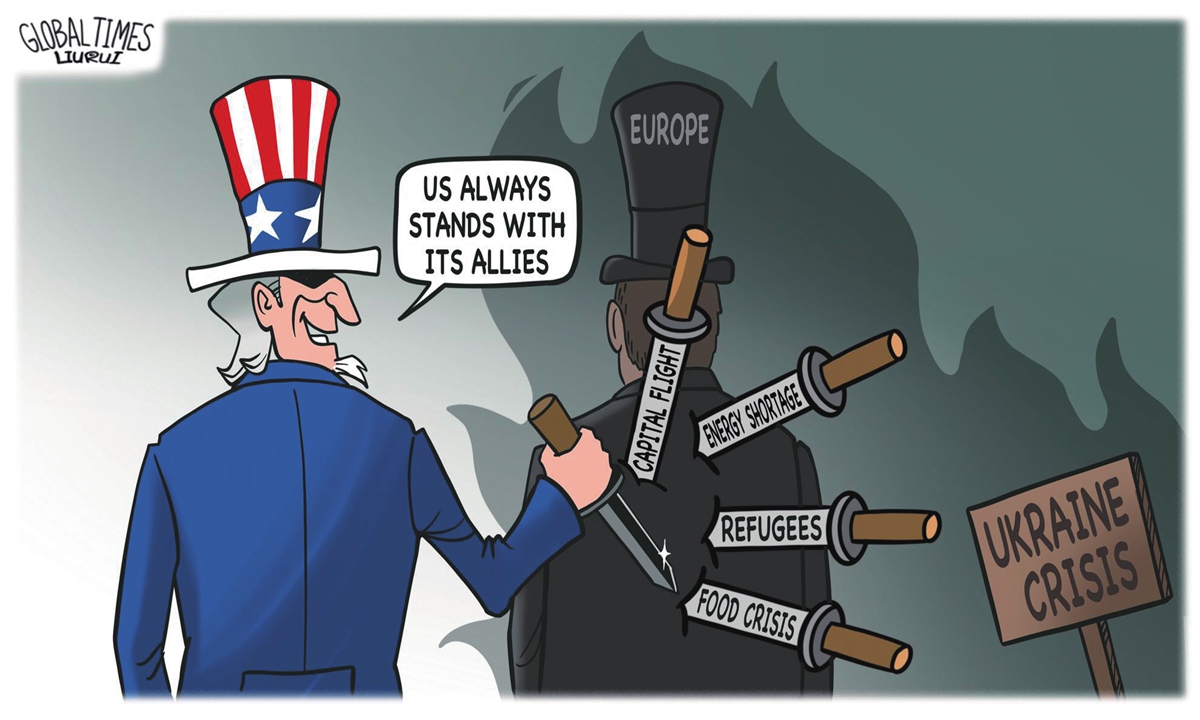 “Finland must apply for NATO membership without delay,” Finland’s President Sauli Niinisto and Prime Minister Sanna Marin jointly announced on Thursday. A similar announcement will come from Sweden on Sunday.

After its eastward expansion, NATO is moving northward, which might turn Europe into a new powder keg.

The term Finlandization, which refers to the policy of strict neutrality that Finland followed during the Cold War, has been brought up since the outbreak of the Russia-Ukraine conflict.

Maintaining neutrality has also brought many benefits to the development of neutral countries, including Finland and Sweden.

However, the two countries, which did not join NATO even during the Cold War era, decided to join the military alliance now. The move will result in, most directly, a boom in NATO’s power, forming a new acute challenge to Europe’s security order, observers noticed.

A crucial background is – when it comes to the European security architecture – there is no way to kick Russia out of the concept. Russia is there, right next to Europe, with a territory of about 17 million square kilometers, 145 million people as well as the world’s second-most powerful military. How is European security in any way enhanced by threatening Russia’s security? For Europe, it is simply not realistic to maintain the ongoing tensions with Russia.

After the end of the Cold War, the European security balance was broken, when NATO, which no longer had excuses to exist after the dissolution of the Warsaw Pact, not only stayed alive, but even obtained a new role as the military support of US global hegemony. Worse, there was no other military organization in the world that could check and balance NATO. This is already a huge imbalance, Sun Keqin, a research fellow at the China Institutes of Contemporary International Relations, told the Global Times.

After several rounds of eastward expansion, NATO has absorbed quite a few members of the former Soviet Union. It has already been proved the bloc’s expansion has made Europe more dangerous instead of making it safer. Still, NATO welcomes another round of northward enlargement. Europe’s security imbalance will only deteriorate. The geopolitical map of Europe is being redrawn.

If Finland, which shares a 1,340-kilometer-long border with Russia – longer than the Russia-Ukraine border – joins NATO, it will be a dangerous escalation of the provocation right on Russia’s doorstep. The possibility of new conflict between Russia and NATO will only increase. Europe will get nothing but an even more fragile security status.

NATO may think it has strong conventional forces and economic power. But Russia retains thousands of nuclear warheads. This is its ace in the hole. That being said, a further provocation from NATO against Russia will jeopardize not only Europe, but also the world.

Finland and Sweden may now think that after joining NATO, they could receive protection from others. But be careful: Finland will be right at the forefront in the anti-Russia campaign. If anything goes wrong on the front line, Finland will be the first to face the consequences, Sun noted.

The fatal imbalance in the European security architecture has brought the continent to great disruption and catastrophe. This should offer a lesson to the Asia-Pacific.

After the end of WWII, the US had always wanted to establish a global security framework to contain socialist countries. Yet the attempt has not worked out given contradictions between itself and its allies.

But very recently, South Korea’s national intelligence agency joined the NATO Cooperative Cyber Defense Center of Excellence as the latter’s first Asian member.  Both South Korea and Japan were invited to the NATO Summit to be held next month. It may signal that US’ Asian allies and NATO are forming institutional interactions. This is something to be vigilant about.

The US and NATO, with strong logic of power politics, bloc politics and a Cold War mind-set, may apply its tactic of turning other regions into tinderboxes in the Asia-Pacific region. With the lessons drawn from the Ukraine crisis, Asia-Pacific countries should join hands in saying no to foreign interference in the region, and start building its own security regime, avoiding the crisis in Europe from taking shape on our doorstep.  GLOBAL TIMES

Europe’s top oil firms reported blowout earnings for the first quarter as oil and gas prices spiked with the European energy crisis and the Russian invasion of Ukraine.   All three major producers and traders—Shell, BP, and TotalEnergies—posted their highest quarterly earnings in years, hailing “outperforming” and “exceptional” trading results for contributing to the high earnings, together with spiking oil and natural gas prices and stronger refinery margins.

While it’s no secret that trading in volatile markets makes a lot of profits for trading firms and trading divisions, none of the three big European oil and gas majors have a separate “trading result” item on their balance sheets. This leaves the market and analysts guesstimating just how profitable oil and gas trading is, especially in exceptional market circumstances such as the ones we are experiencing now.

The top executives at BP, Shell, and TotalEnergies shed some light on the trading business in the earnings calls, but none went on record to quantify the earnings from crude oil, refined products, or liquefied natural gas (LNG) trading.

Analysts, however, have estimated that trading profits for this past quarter alone were in terms of billions of U.S. dollars.

BP, for example, reported last week a quarterly profit that was more than double last year’s first quarter— far exceeding analyst expectations, thanks to high oil prices and what it described as an “exceptional” oil and gas trading business.

BP’s combined refining and trading adjusted earnings before interest, tax, depreciation, and amortization (EBITDA) surged to over $2 billion in the first quarter, from $400 million for Q4 2021 and $419 million for the same period last year, the earnings release showed. But the company—like the other majors—isn’t breaking down the results from trading only, nor does it say how much it is earning from oil and/or gas trading.

BP likely made $1.2 billion from gas trading and another $400 million from oil trading in the first quarter, Oswald Clint at Bernstein has estimated.

“BP, Shell and Total have an edge and it is unique to these three companies,” Clint told the Financial Times, commenting on the European majors’ trading divisions and performance.

Reporting its highest profit since 2008, Shell said that “Adjusted Earnings and Adjusted EBITDA benefited from higher trading and optimisation margins for gas and power, due to exceptional market environment, particularly in Europe, as well as seasonality.”

Outperformance in crude oil and petroleum products trading activities helped TotalEnergies see a jump in its adjusted net operating income for the Refining and Chemicals segment—that income surged to $1.12 billion for Q1 2022 from $243 million for the first quarter of 2021.

“It Is More About Volatility”

In the conference calls following the Q1 results, the oil majors’ top executives did not reveal specific trading numbers, either. Yet, BP’s chief financial officer Murray Auchincloss did say that the exceptional volatility in the markets in the first quarter played a large part in the trading result.

“Generally, our trading organisation is set up to make profits when volatility occurs, and the first quarter was probably the highest quarter of volatility we have seen. So, it is more about volatility. It does not matter if prices are high or low; it is about volatility,” Auchincloss said on BP’s earnings call.

BP traded 55 cargos of LNG into Europe in the last five months, 10 of those into the UK, chief executive Bernard Looney said.

“I guess also on the ultimate role of trading that we need to remind ourselves is to make sure that the molecules find a home and connecting supply with demand has never been more important than it has been for the energy systems in the first quarter,” Looney added.

For Shell, “trading plays an integrated part in our results always,” CFO Sinead Gorman said on the call.

“But particularly this quarter, it’s fair to say that in our chemicals and products area, particularly on the product side, we had very strong trading and optimization results,” Gorman added, without specifying numbers.

Going forward, all three European majors—and many others—have sworn off signing or renewing contracts to buy Russian oil and petroleum products. Shell even had to apologize for buying a Russian crude cargo in the early days of the Russian invasion of Ukraine, following a backlash over the ethics of continuing trade with Russian oil.

Still, oil and gas trading (with non-Russian fossil fuels) at the supermajors is likely to remain strong in the coming quarters, considering the volatile energy markets and expectations of more volatility amid the Russian war in Ukraine, the EU embargo on Russian oil imports, oil demand trends in China, and the impact of inflation and interest rate hikes on economic growth.

With so many uncertainties in the global oil and gas markets right now, BP, for example, will be operating “I think probably in a world where volatility will continue to be the order of the day. So, I think we expect a continued volatile outlook for energy prices, and we probably expect prices to remain strong in the near to medium term,” CEO Looney said on the call last week.  OILPRICE.COM