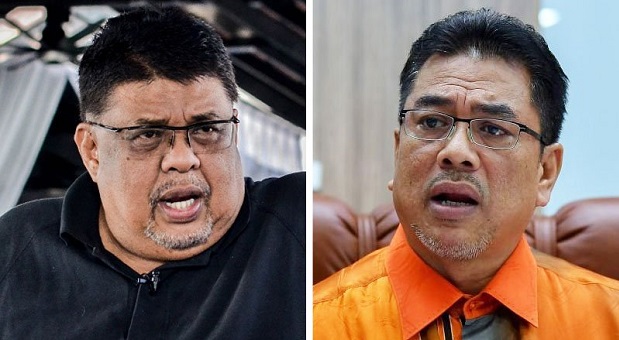 I am still Malacca CM: Sulaiman

In a statement, the first he issued officially since the rumour started last week, Sulaiman said he regarded such speculation as an attempt to disrupt Malacca’s stability.

“I want to stress here that I am still the chief minister of Malacca and will continue to give my best in serving the state as per the wishes of the party leadership.

“I deny claims that I have resigned as the chief minister. This allegation is to disrupt the stability of the Malacca state government, which I have been leading since the 15th Malacca state election.

“Such issues should not have come up when Malacca Umno and BN were focusing on their resources and efforts to win back parliamentary seats in the state which we lost in the 14th general election.

“My willingness to listen to the views of all politicians in Malacca should not be taken as a weakness, but instead, seen as a strength towards yielding the best decisions,” he said.

Sulaiman’s statement came days after rumours started spreading alleging that he was forced to resign from the chief minister’s post.

Prior to this, a similar rumour was also circulating alleging that there was a move to oust Sulaiman by another party leader, who was said to be eyeing Sulaiman’s position.

Despite him not holding any senior position in Malacca Umno, the party’s top leadership had chosen Sulaiman to helm the state again after the party emerged victorious in the Malacca state election in November last year.

In his statement today, Sulaiman also called on all Umno members to focus on strengthening the party and winning the next general election rather than playing politics.