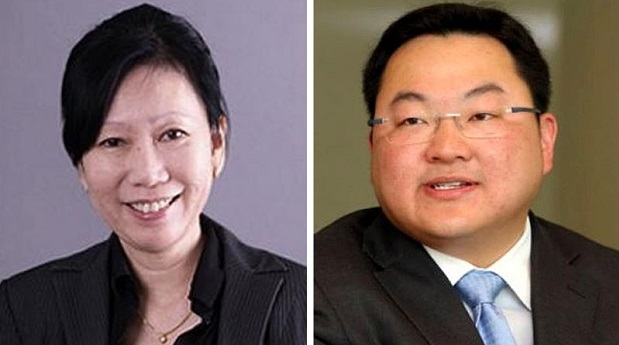 Ex-1MDB company secretary confirms she is not Jho Low’s aunt, says 1MDB officials pointed him out at hotel lunch

KUALA LUMPUR — A former company secretary of 1Malaysia Development Berhad (1MDB) today confirmed in the High Court that she is not the aunt of now-fugitive Low Taek Jho, and said this individual was only pointed out to her once while she was having lunch with other 1MDB officials at a hotel.

Goh Gaik Kim, 54, said this while testifying as the 17th prosecution witness in former prime minister Datuk Seri Najib Razak’s trial over the misappropriation of more than RM2 billion of 1MDB funds.

Najib’s lawyer Wan Aizuddin Wan Mohammed today asked Goh to clear the air over previous claims made that she was the aunt of Low.

Wan Aizuddin: This is a red herring, you don’t look old enough to be anyone’s auntie, but there is this allegation you are this person, Jho Low’s auntie, can you answer it once and for all?
Goh: I categorically say I am not his auntie, not only I’m not his auntie, I am also not in any way related to him.

Goh said she had seen Low “from afar” in the first month of joining 1MDB, where she was having lunch with then 1MDB director Tan Sri Ong Gim Huat and then 1MDB chief financial officer Radhi Mohamad at the Concorde Hotel.

“I think he came in, Radhi said ‘oh, that’s Jho Low’ and Tan Sri Ong and him went over to say hi. I saw him from afar. At that time, I didn’t know who he was,” she said, confirming that she was not introduced to Low.

Clarifying that it was not a situation where the two other 1MDB officials bumped into Low, Goh said that Ong and Radhi had just went over to say hi to Low and then came back to her.

Shown a photograph of Low, Goh confirmed that she was unable to confirm if he was indeed the person that was pointed out to her during that lunch, as she had only seen him from afar.

Apart from this 2011 lunch event, Goh confirmed that she had not seen Low at any other occasion or in 1MDB’s premises.

Asked if she was informed by 1MDB’s senior management that Low played a part in 1MDB, Goh said “no, whatever I know about his role in the company were from the media”.