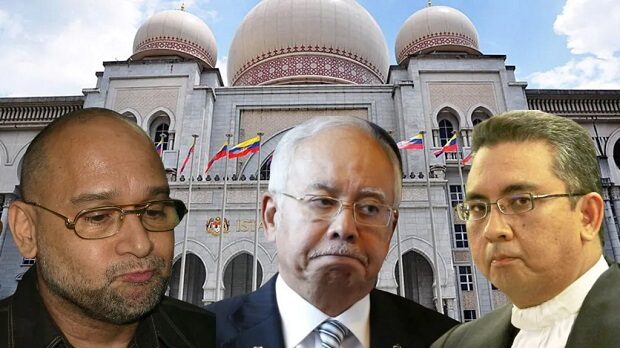 The fugitive, the felon & the judge

Raja Petra Kamarudin must be very pleased with himself. Safely ensconced in the United Kingdom beyond the reach of Malaysian law, the fugitive blogger continues to cause havoc in his native land with his malicious allegations.

His latest allegations against Justice Nazlan is a case in point. With a single, vile and unfounded allegation, he has succeeded in shifting attention away from the man who was convicted of high crimes to the judge who, by all counts, simply did his job without fear or favour.

Justice Nazlan, then a high court judge (since elevated to the Court of Appeal), presided over the trial of former prime minister Najib Tun Razak in the SRC International case. Najib was found guilty on all seven counts of abuse of power, criminal breach of trust and money laundering and was sentenced to a total of 72 years imprisonment and fined RM210 million. However, as the judge ordered him to serve his sentences concurrently, he would only have to serve 12 years.

A three-member panel of the Court of Appeal unanimously upheld the verdict. Mincing no words, Court of Appeal Judge Abdul Karim said that “there was no national interest when RM42 million was transferred into Najib’s accounts, only national embarrassment”.[1]

It is against this backdrop that the slanderous allegations against Justice Nazlan must be considered. It is patently obvious that Najib’s supporters are playing up the allegations against Judge Nazlan in order to make the case that Najib’s conviction was unfair, part of a political vendetta designed to hobble a good man. If any of it were true, the proper place to make such an argument would be the Federal Court but they have decided to play dirty by smearing Judge Nazlan instead.

In the wake of Raja Petra’s allegations, the Malaysian Anticorruption Commission (MACC), an agency that has long since lost the respect of the public, quickly opened investigations into the judge. In doing so, the MACC put the spurious allegations of a notorious serial slanderer over that of a man who has served his country and the law with integrity and professionalism.

The MACC’s investigation into Judge Nazlan has generated a great deal of controversy and discussion. The Bar Council has argued that the MACC probe violated the doctrine of separation of powers and undermined the judiciary’s independence.[2]  A former Chief Justice jumped into the fray with an alternative view.[3] An UMNO politician demanded to know if judges are above the law or were demanding special immunity.[4]

Of course, judges are not above the law. And no one is suggesting that Judge Nazlan should be given a free pass simply because he delivered a judgement that most Malaysians readily agree with. What is obnoxious and unacceptable is the way unfounded allegations from a dubious source is being used to discredit a judge and advance the agenda of a convicted felon.

It is no secret that a massive campaign in now underway to whitewash Najib’s crimes and restore his public standing. He is repeatedly seen these days being received by suspiciously enthusiastic crowds, or regularly hobnobbing with VIPs who ought to know better, or giving keynote speeches at questionable conferences. With the judge now under a cloud of suspicion, the stage is perhaps set for Najib’s supporters to press for a royal pardon.

It is duplicitous, criminal and contemptible. It makes a mockery of the constitution and the rule of law. If mere slander and innuendo can result in a witch hunt by agencies with no credibility of their own, no judge will be safe from intimidation and pressure. Make no mistake, if this dastardly assault on the judiciary succeeds, the last credible institution in Malaysia and the ultimate guardian of our constitutional rights, would be severely impaired.

This is the true nature of the evil that now confronts us. Instead of playing Raja Petra’s game and allowing ourselves to be distracted by rumour and innuendo, let’s remember who the real felon is, what this is really about and what’s at stake here. Enough time has been wasted on peripheral arguments; it’s time to march for justice.