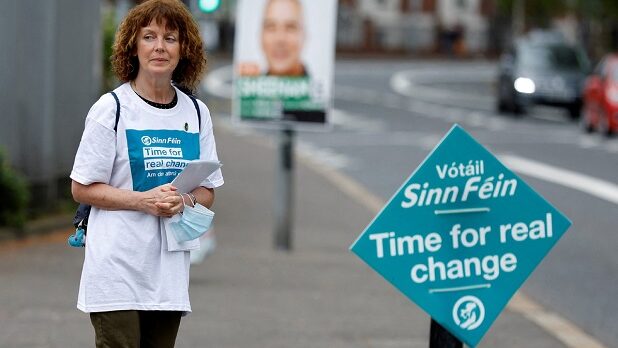 Will The UK Break Up ?

Northern Ireland (Belfast) recently had their local Parliamentary elections. For the first time since 1921 the Catholic majority Sinn Fein Party which is the political wing of the militant Irish Republican Army or IRA has won a majority of the seats.

My Comments :The ‘peace accord’ between the British government and the Irish Republican Army or IRA is now 25 years old (Sinn Fein, IRA, Provisional IRA or PIRA are all the same people ok). The peace has not held very well and there has been violence in Northern Ireland although not to the extent of the earlier times.

The Sinn Fein in Belfast cannot be separated from the Sinn Fein across the border in the Irish Republic. Both of them have one main objective ie to unite Northern Ireland with the Republic of Ireland.

Over in Scotland the push for independence has not waned either. The last referendum on Scottish independence in 2014 was defeated 55% for and 45% against.  A swing of 5% would have created an independent Scotland.

The British mother-ship is not fully intact. The English invaded Ireland in 1170 and they invaded Scotland in 1385. After 746 years of colonisation the Irish fought and gained their independence from the Brits in 1916. But they lost a chunk of territory in Northern Ireland.

Despite such a long passage of time the fact that the Sinn Feins and the SNP in Scotland still wave their own flags shows that the United Kingdom will not last forever.

Why is this relevant to us? We lost Singapore. We have Sabah and Sarawak. There is also bangsa something.  – http://syedsoutsidethebox.blogspot.com/

BEIJING (Reuters) – China said on Tuesday that an expression of concern by the Group of Seven industrialised nations over the selection process for Hong Kong’s new chief executive was interference in China’s internal affairs.

The G7 said on Monday that the selection process for a new chief executive in Hong Kong was a source of grave concern and underscored wider worries about fundamental freedoms in the former British colony.

“Certain Western countries and institutions have colluded to maliciously smear Hong Kong’s election of its chief executive, a wanton interference in China’s internal affairs which China is resolutely opposed to and strongly condemns,” Zhao Lijian, a spokesman at the foreign ministry, told a regular news conference.

He also criticised countries that “use the tone of a teacher of democracy to lecture on the democratic election in China’s Hong Kong”, adding that “relevant countries and institutions should respect China’s sovereignty”.

Hong Kong’s leader-in-waiting, John Lee, was endorsed for the city’s top job on Sunday by a committee stacked with pro-Beijing loyalists, as the financial hub attempts to relaunch itself after several years of political upheaval.