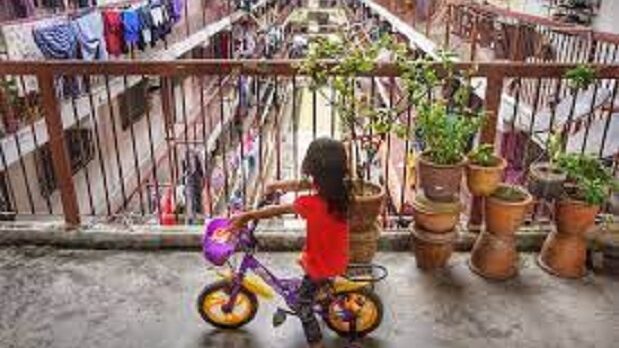 Economist Madeline Berma believes the Covid-19 pandemic left a scarring impact Malaysia, which will have a knock-on effect on employment and income.

MALAYSIA will most likely achieve its goal of eradicating hardcore poverty but it will take longer than the government’s projected target of a achieving this by the end of 2025, an economist said.
Economic analyst Madeline Berma said that although Malaysia has a clear poverty reduction goal, its experience in poverty eradication efforts has always been associated with rapid economic progress favouring the poor under a growth and distribution development framework.She said with the current economic performance, it will be tough for the country to achieve this target in the next three years.

“Given the current economic scenario of slow economic growth, I doubt the economy can provide vast opportunities of high-income employment to the poor and lower income groups in the urban areas in the next three years.

“Also, I doubt the agriculture sector will modernise quickly enough to increase its productivity and contribute to the increasing income of the rural poor,” Berma told The Malaysian Insight.

Mustapa said the programme would provide poor families with handouts to improve their lives, and their family development would be monitored, especially their children’s education.

Berma, a fellow of the Academy of Science Malaysia, also said the Covid-19 pandemic had left a scarring impact on the Malaysian labour market, which she believes will have a knock-on effect on employment and income.

However, she was hopeful that over time, this will improve.

“The employment structure has not changed significantly during the pandemic. The high incidence of employment and underemployment can hinder Malaysia’s ability to eradicate hardcore poverty in 2025.

“In the longer-term, the situation will improve slightly, with reduced reliance on migrant workers, particularly low-skilled foreign workers. This will increase employment opportunities and make wages more attractive to encourage more involvement by Malaysians in certain occupations,” Berma added.

Berma also believed eradication of hardcore poverty is not possible by 2025 due to the shift in the working landscape, where most businesses now focus on digitalisation, but she said this shift will not happen immediately.

“Substantial remote work, including work-from-home practices and the advancement of digitalisation, are expected to change the employment landscape and future of work to increase employability.

“Malaysia will also move towards digitalisation, adopting technological tools in daily tasks and allowing workers to meet the future of work. This shift will not happen immediately, or by 2025,” she said.

However, AmBank Group chief economist Anthony Dass said the government will meet its target as planned because the economic planning unit championing the cause, spearheaded by Mustapa.

“There are not many families defined as hardcore poor and this figure can be managed.

“More important, the strategy adopted by the government is to improve human capital quality, raise household income levels, inclusivity and a whole-of-society approach in formulating and implementing policies,” he said.

Dass, who is also a member of the Economic Action Council secretariat, said the government’s work with civil society groups, corporate bodies, academics and experts to share their experience in dealing with poverty is vital.

“Such strong engagements and validations will help ensure the strategies adopted are workable to yield the desired results,” he added.

Dass lauded the government’s plan to move in phases to eradicate hardcore poverty, saying the approaches will be tailor-made to yield the best results.

“This gives a holistic and targeted approach to eradicate hardcore poverty in about 50 localities throughout Malaysia with the mind that there is no one-size-fits-all solution for poverty.

“Instead, the strategies will be tailormade, based on the unique features of each locality that will yield the desired results. It will help build the hardcore families foundation and their ability to potentially migrate to better living standards by 2025,” he said.

According to Mustapa, 80 areas nationwide, each with 50 families, have been identified for phase one of the government’s programme.

Dass also said the government recognising the importance of co-ordinate policy matters at national level through the implementation co-ordination unit (ICU) was good.

He said the ICU must develop a solid tracking system that can shed light on the overall progress as well as challenges to enable achieve the 2025 target.