Michelle Yeoh arrives at the In America: An Anthology of Fashion themed Met Gala at the Metropolitan Museum of Art in New York City, New York, U.S., May 2, 2022. REUTERS/Andrew Kelly

The action queen and the comedian

I’M in a celebratory mood. Firstly, because we managed to keep Covid-19 infections low throughout Ramadan, allowing for a joyful Hari Raya Aidilfitri, so Selamat Hari Raya, Malaysians!

Secondly, we have untethered ourselves from the MySejahtera app and we no longer have to flash it on our phones to gain entrance to every place.

Thirdly – and what this column is about today – I want to celebrate the international success of two Malaysians, Tan Sri Michelle Yeoh and Nigel Ng a.k.a. Uncle Roger, who are extremely buzzworthy right now.

Yeoh is, of course, Malaysia’s most well-known personality in the entertainment world after starring in more than 50 films and TV series in a career spanning almost four decades. She turns 60 this year.

Who can forget the absolutely jaw-dropping, death-defying stunts both Yeoh and Jackie Chan did in Supercop, which was shot in Malaysia?

But it was her appearance in the Bond movie, Tomorrow Never Dies, and the Ang Lee masterpiece, Crouching Tiger, Hidden Dragon, that brought her to Western audiences and sealed her fame.

Yeoh used to be mistaken for a Hong Kong actress, but it’s now clearly established that she is Malaysian whenever she is introduced in talk shows and interviews.

She’s even Malaysian in her role in Star Trek: Discovery. In the series, her character, Starfleet Captain Philippa Georgiou, was asked where she came from and she said she was raised in Pulau Langkawi, Malaysia. (Sorry, Ipoh!)

Much as she is widely admired and respected – film review website Rotten Tomatoes ranked her the greatest action heroine of all time in 2008 – she has never won any significant industry award despite many nominations.

Last year, she was nominated for the best actress award in a superhero movie for her role in Marvel’s Shang-Chi and the Legend of the Ten Rings by the Critics Choice Super Awards, but she lost to Black Widow star Florence Pugh.

Because of Covid-19 and my decision to avoid going out, I missed watching Shang-Chi, much to my regret. I didn’t make the same mistake with her latest movie though.

I caught the earliest daily screening of Everything Everywhere All at Once (EEAAO) with just four people in the cinema, and I can tell you this is Yeoh’s best movie to date.

Her character in EEAAO is simply out of this world. For readers who haven’t watched it, I’m going to quote The New York Times: “This whirligig runs on tenderness and charm. Yes, the movie is a metaphysical multiverse galaxy-brain head trip, but deep down – and also right on the surface – it’s a bittersweet domestic drama, a marital comedy, a story of immigrant striving and a hurt-filled ballad of mother-daughter love.

“At the centre of it all is Evelyn Wang, played by the great Michelle Yeoh with grace, grit and perfect comic timing.”

EEAAO brought me back into the cinema, and it made me laugh and cry. Yeoh is the irresistible heart of the film. I really hope she finally cops a trophy at the Screen Actors Guild Awards, British Academy Film Awards and, yes, the Academy Awards.

One thing about Yeoh, which I find quite adorable, is that she has never lost her Malaysian accent whether she is Starfleet captain-turned-emperor, Siberian nomad in Far North, snooty Singapore matriarch in Crazy Rich Asians or eccentric New York gift shop owner in Last Christmas (her first foray into comedy).

In EEAAO, that Malaysian accent and with touches of the Cantonese-sing song way of speaking English was pure ear candy for me.

Indeed, that way of speaking English is a major reason why this other Malaysian has become world-famous. 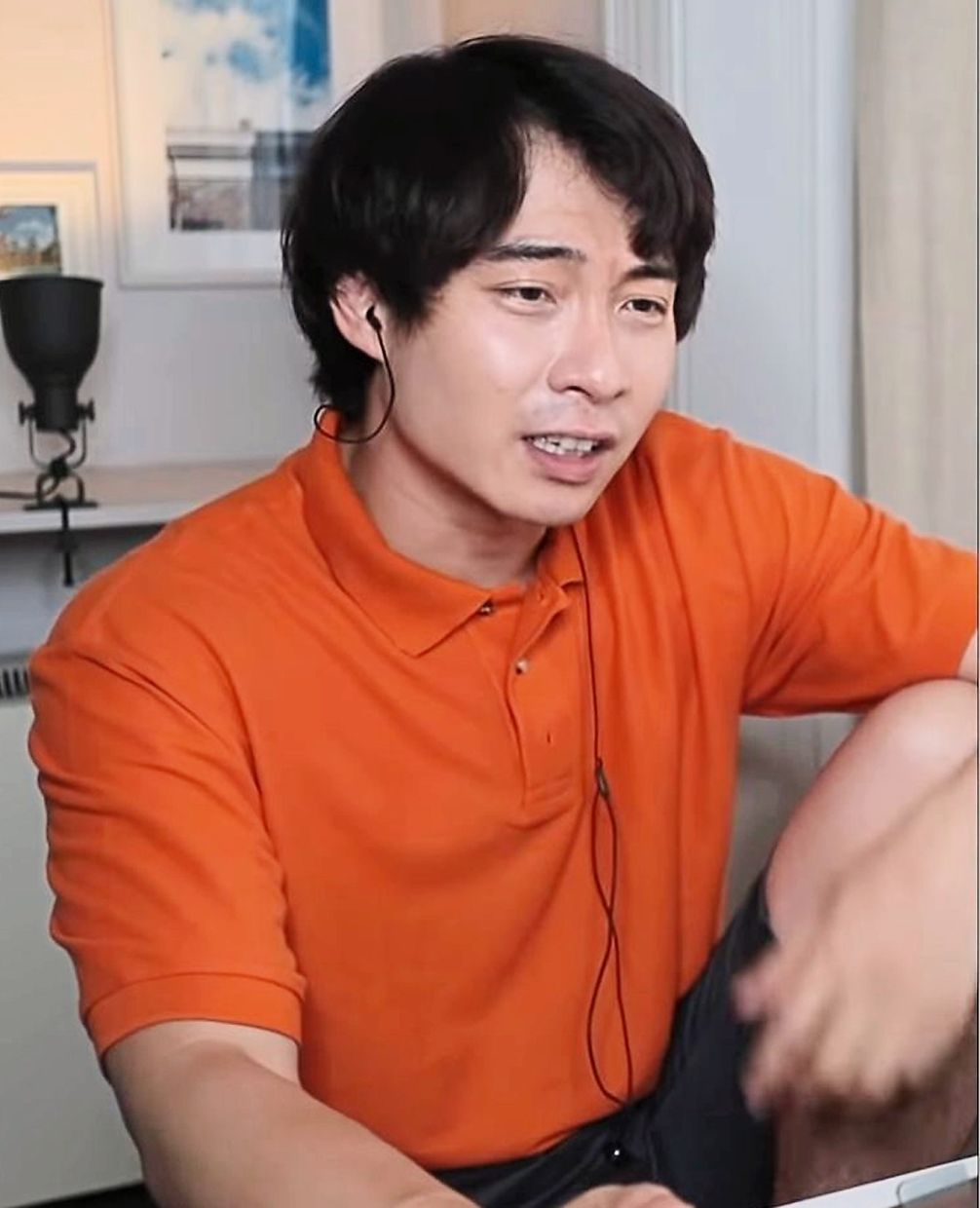 Ng in his Uncle Roger persona.

Nigel Ng, 31, through his YouTube videos featuring his crass but endearing Ah Pek character called Uncle Roger has won legions of fans. He is London-based, but everyone knows he is Malaysian.

I wrote about Ng on Sept 23, 2020, in a column titled “Malaysian ‘uncle’ a ‘ricing’ Internet star”. Two years on, he has proven that the overnight sensation has staying power. So much so that he could hold his Haiyaa World Tour in North America in March and April this year with 13 shows in Toronto, Chicago, Philadelphia, New York, Houston, Dallas, San Francisco, and Vancouver. Many venues were sold out.

Not bad for a middle class Kuala Lumpur boy who trained as a data scientist but gave it up to do comedy. Ng has single-handedly brought global recognition for the Malaysian expressions of annoyance and disappointment (“haiya”) and of approval (“fuiyoh”) along with that Malaysian-Cantonese accent.

YouTube channel Asian Boss CEO and host Stephen Park in an interview described Ng as ‘”someone who has elevated Asian culture through food and humour.”

Ng does this through his brand of humour that The Guardian (UK) calls cross-culture or culture clash comedy. One of his iconic lines, which is printed on the T-shirts he sells, is “Use the right amount, not the white amount”, in reference to how Caucasian chefs mess up cooking Asian dishes. The celebrity chef he has targeted most successfully is Jamie Oliver.

To accusations that Uncle Roger is a stereotype with an accent and that his humour is actually racist, Ng responds in an Equire.com interview: “I do that accent sure, but one that’s faithful to what I grew up with. This is informal commoners’ language, it’s how I spoke to friends at school. The accent amps up the humour.”

He adds: “My comedy is a reflection of my life. I’m born and raised Chinese Malaysian, and moved to the US for college and work, then moved to the UK in 2015. It’s observational comedy through an Asian lens. Everyone has a different perspective, (mine) is ‘why is Western bok choy so much bigger than Asian bok choy? Comedy is always the best when you talk about little things people don’t notice, but you notice and find the humour in it.”

While Ng’s success is far below what Michelle Yeoh has achieved, he represents the new generation of Malaysians with true “Boleh” spirit, and I am rooting for him to expand and extend beyond being an Internet sensation.

Perhaps he will go on to acting like Ronny Chieng, another Malaysian comedian based in New York who is senior correspondent on Comedy Central’s The Daily Show and starred in several films, including Crazy Rich Asians, Godzilla vs Kong and Shang-Chi.

Hollywood has certainly become more Asian-friendly in its offerings, and our English-speaking talents might have a better chance than, say, less fluent Korean and Japanese stars; another reason why we shouldn’t neglect our English proficiency!

Ng’s Haiyaa World Tour is coming to Kuala Lumpur in June. But this aunty is too cheap to want to pay to see him live so she will enjoy his performances on YouTube. And there is Yeoh’s just released The Witcher: Blood Origin series on Netflix to watch. Pass the kuaci and popcorn.