Stock Market Sell-Off Is Not Over Yet – And The IMF Downgrades Global Growth As Economies Of U.S. & China Slow

While the Federal Reserve is expected to signal that a rate hike will happen as soon as March – with more tightening policies to fight inflation – the stock market volatility will likely continue. In fact, the stocks sell-off is not over yet, judging by other factors on the table like the geopolitical tensions in Ukraine, where Western allies prepared for some kind of military confrontation against Russia.

On Tuesday, the DJIA (Dow Jones Industrial Average) lost 67.77 points, but not before it plunged as much as 818.98 points at one point during the day. It was a repeat of the same pattern on Monday, when the Dow recovered from a 1,115-point drop. Essentially, investors were in confusion, desperately looking for clues of the Fed’s next step.

Even though the Dow made a massive rebound on both days, the Nasdaq Composite did not demonstrate a similar trend. The Nasdaq dropped 315.83 points (2.28%) while S&P 500 tumbled 53.68 points (1.22%). It’s a big deal because we’re talking about unwinding stimulative measures involving a US$9 trillion balance sheet, introduced since 2020 to support the economy due to Covid-19 pandemic.

Investors were extremely panicked on Monday when the S&P 500 was down a whopping 10% from its recent highs. Sure, in the past, the S&P 500 had recovered from a 10% plunge. The last 10% decline was in late 2018, when the Federal Reserve talked about raising interest rates. However, the correction took almost 3 months, and it happened before the pandemic.

More importantly, the stock market has never in the past plunged as much as the 16 trading days into a new year like this year. According to Bloomberg data, the S&P 500’s drop of 11% so far in 2022 is the most and the fastest in over 90 years. Worse, the S&P broke below its 200-day moving average for the first time since the Covid outbreak in 2020.

The correction provides the best opportunity to buy, but it’s hard to catch a falling knife during a time when the Fed is fighting its first major war with inflation in decades, after 2 years of flushing the financial markets with cheap money – about US$120 billion a month. The last time it raised the rate was in 2018. And the stock market sell-off has made the Fed’s job more difficult.

For months, the Federal Reserve under the leadership of Chairman Jerome Powell has been indecisive over how aggressive it should be in tapering asset purchases and raising interest rates. Some argued that a 50 basis point hike should be in order in March. Some said at least US$100 billion a month should be taken out from the balance sheet, which was addicted to free money.

And if you think 2022 will be a better year than 2020 or 2021, think again. The IMF (International Monetary Fund) has just downgraded its global growth forecast for this year. It said the global GDP (gross domestic product) is expected to weaken from 5.9% in 2021 to 4.4% in 2022. That’s 0.5% lower than previously expected by IMF back in October last year. 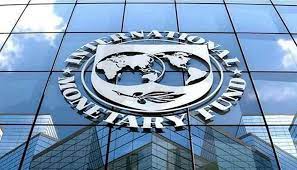 The IMF made the surprising downgrade primarily due to escalating Coronavirus cases, supply chain disruptions and higher inflation. The negative outlook is led by slower economic recovery expected from the world’s two largest economies – the United States and China. The U.S. is expected to grow 4.0% this year, a disturbing 1.2% lower than previously estimated.

China, on the other hand, is predicted to grow 4.8% in 2022 – down 0.8% lower than projected earlier due to its zero-Covid policy. One man’s meat is another man’s poison. Analysts have expressed their concerns that the Chinese Coronavirus policy is a “burden” to both China’s domestic economy as well as the global economy, largely because China is a supply source for the world.

Beijing’s strategy, however, was cutting its lending rates in order to lower corporate and household loans to excite its economy. In general, the IMF also worried that the Federal Reserve’s move to raise interest rates and tighten policy will cripple the economic recovery in Asia. Although Asian countries have higher levels of reserves today, so are their debts.

During the 2008-2009 global financial crisis, Asia accounted for about 27% of the global debt. In 2021, the same continent accounted for about 40% of global debt. When the Fed raised interest rates, it triggered capital outflows and currency depreciation in Asia. As a result, central banks in the region were forced to also raise interest rates to protect their capital stability.

The biggest issue here is that the Fed is being seen too slow in recognizing – even understanding – the risk of a burst of an inflation. Some analysts fear that the Federal Reserve, under pressure, might be forced to react so rapidly that it pushes markets into a free fall, so much so it could even trigger a recession. As recent as September, a rate hike was unthinkable.