I hope Dr Mahathir recovers from his hospital stay and returns home asap. No one should suffer any ailment.
I wanted to comment about Dr Mahathir’s chopsticks analogy for some time now but it got postponed.

Everytime we drive down the Seremban Highway towards KL we note this billboard ‘e-banci 2020..‘. It refers to an e-census (online census) which was obviously done in 2020. My wife and I and our sons know for a fact that none of us participated in any e-banci. No one contacted us. I recently asked a lawyer friend if he took part in any e-banci or online census in 2020. His answer was also in the negative.

So dear reader, have you or anyone you know taken part in any e-banci (online census) in 2020?  Few people even know about it. I am sure hundreds of millions of Ringgit were spent on that online census.

I know for a fact that the previous census done in 2014 also did not count my family. At that time we were living in Bukit Jalil in a taman with over 500 link houses of which we were the only non-Chinese house. Later another non-Chinese family moved in. All the Chinese houses had dogs and/or that red tokong in front of their houses.

I saw the Malay “Census” girls arriving in a van. They walked into our street but did  not ring any bells or knock on any doors. After a while the Malay girls just got back in their van and drove off.  No census was taken in our area. I know my family was not counted in 2014. Hundreds of millions of Ringgit must have been spent yet there is no proper census.

A few weeks back  YB Waythamoorthy said that about TWO million Indians would like to attend the Thaipusam all over the country. I recall that a few years ago (before Covid) almost ONE million Indians gathered at Batu Caves alone. If two million Indians can attend Thaipusam there must be more Indians staying at home.  So what is the exact population of Indians?

And what about the Mamaks or Indian Muslims? Nowadays closer to election time all the Mamaks are automatically counted as Melayu. After the elections are over the Mamak / Melayu count may get blur again. People say there are more than 350,000 Mamaks in the country. I think the number is well over 500,000 if you count all the Mamaks in Penang as well.  The point is we do not have an accurate population count.

How many Chinese are there in the country? There cannot be less than SEVEN million Chinese. I believe the number of Chinese is EIGHT million or more. In Singapore there are (about?) FOUR million Chinese? And what is the distribution of the population?

YM Tengku Razaleigh Hamzah told me just a few months back that the actual Malay population in the entire country is about 16.2 million Malays. That is barely above 50% in a population of 32 to 33 million people.

Yes bumiputeras make up about 70% of the population but not all bumiputera are Muslim or Malay. Ibans, Kadazans, Dusuns, Orang Asli, Mamaks fall in these categories. (Oklah the Mamaks are counted during election time).

So Malays / Muslims / bumiputeras make up the majority of MPs because they do form the majority of the population. Plus there is also gerrymeandering and racial delineation of Parliamentary seats which causes Malay / Muslim / bumiputera MPs to dominate parliament.

But the Malay MPs belong to different and opposing parties and so their grip on power has decreased. Hence Brader Anwar, Najib and Hadi’s attendances at Thaipusam and at the temples.

There are more than TWO million Indians lah. And I believe there are more than EIGHT million Chinese. If you do not make an accurate count of the population then you can suffer surprises at the elections, when you argue about chopsticks etc.

Using tools has been one of the most important reasons for the dominance of the human race (homo sapiens) over the other animal species. Among other things using tools shows dexterity.  Young children learning to use tools like chopsticks does sharpen hand eye coordination as well. The Chinese can save money buying learning toys for their kids. 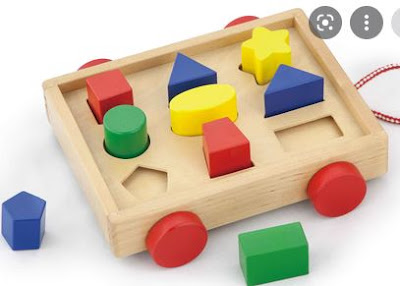 Chopsticks have served the Chinese people well. Assimilation usually goes in the direction of from less desirable to more desirable. For example food is something that can convert anyone regardless of the culture that created it or the culture that consumes it. Why does the whole world eat pizza? Because it is desirable. From the North Pole to the South Pole human beings like pizza.

The Chinese have long been exporting dodol durian overseas. And the Nyonya women have hijacked almost all the kueh Melayu.  Maybe if the Chinese master teh tarik and roti canai then all the kedai mamak may have to close.There is already a popular Chinese owned nasi kandar in Puchong !! 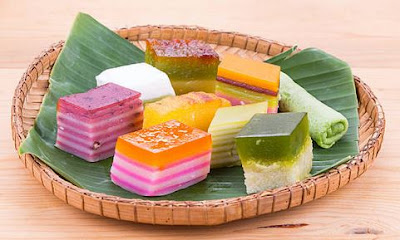 The Indians and Malays have also hijacked many Chinese foods. There is absolutely no such thing as Mee Mamak, beehoon or kway teow in India. Tau Foo Fah is 100% Chinese.

The same with clothes.  There is cross-dressing (no pun intended, religious nuts take note) between cultures when a particular dress is desirable. The kain sarong is Indian. Kain pelekat (palayakattu) is certainly Indian. Yet Chinese men and women in Malaysia have since long ago been wearing kain pelekat at home.

And of course for centuries now the Nyonya women have assumed the gorgeous sarong kebaya. Many Malay women have just left the building completely. 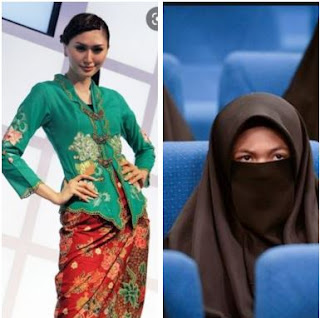 In brief if it is desirable, if it is comfortable, if it is tasty and delicious, if it is useful, if it works, if it makes life easy then it will get hijacked.  Imitation is the highest form of praise. Well even in religion the Chinese have hijacked some notoriety. Today in Malaysia among the top religious “preachers” and personalities in the country are the muallaf fellows like the Yees, the Liews and the Tees. And the Chinese muallaf fellows do not indulge in coconuts and bamboo telescopes, or hysteria kits.  They stick to just plain regular “tidak boleh gunakan akal dalam agama” stuff.

One drawback in cultural exchange could be the inability of too many Chinese to speak Malay fluently. The Indians have this ‘problem’ too. This has nothing to do with the Chinese schools or Tamil schools. I will dwell on this a little more here. Do read on. But can you also blame the Chinese and Indians that just when they began speaking Malay better the Malays switched to Arabic? Just when the Chinese were going from ‘lu’ and ‘gua’ to ‘kamu’ and ‘aku’ the Malays pula switched to ‘ana’ and ‘anta’. Now the Chinese have to start all over again.

In the video below you can see and hear an Indian speaking Banjar. This happens in Johor, the Kuala Selangor, Sekinchan areas, across the Perak border in Hutan Melintang and Bagan Datok. (Javanese is more common).

The question is how come the other fellow does not speak Malay? Belum assimilate ke? And in Sarawak many Chinese speak Iban fluently. Like this guy here:

In the modern era brain knowledge is more important than control over physical resources.  Oil does not mean rich anymore.

Light speed communication creates wealth. No one writes letters on paper. Its WhatsApp, email, FB etc.  Lazada can deliver in two days – normal delivery. They do not need a shop or a shopping mall. So the language that is popular for communication will also create wealth. That language is English and now Mandarin.

Malaysia is the world’s 17th largest trading nation (or thereabouts). Our exports/imports are about RM2 trillion !! All that trade is done increasingly in Mandarin and English. Malaysia-China trade makes up more than half of our external trade.

The fact of the matter is Malay has little practical use in this huge volume of our exports and imports. Plus Malays themselves play a small role in our external trade. Or in our economy. The Prime Minister said Malays own less than 17% of corporate wealth. He forgot to mention that this includes the share ownership by bumiputera agencies.

What is more relevant is the negligible Malay presence in the SME sector. Another Minister once said Malays contribute less than 10% to GDP growth. This also means Malays contribute very little to total tax collection. But we do have an RM1.2 TRILLION sized economy.  This economy depends mostly on Chinese and English. These are just realities. Facts.

And then you have Javanese and Banjarese being spoken from lower Perak to Johor while Iban is the lingua franca in Sarawak. That Indian fellow did not learn to speak Banjar at the Tamil school. Neither do Chinese schools in Sarawak teach Iban. So people will speak whatever is easy and beneficial for them.

Culture, language, cross dressing (of the inter-cultural kind only ok) will find its own level. Please do not award any million Ringgit or billion Ringgit crony contracts to promote “assimilation”. It is a big word and very complicated. Just maintain peace and harmony and everything will sort itself out.

My sons and I used to go off roading into the jungle. It was often a mixed crowd with Chinese, Indians, Malays. Often it was easier to eat with fingers at the campsites. You can wash your hands in the river.