About 20 years ago, Chinese warships were a joke, far behind the Western and Russian – both quantity and quality. Not only their ships were smaller in size, but they were only equipped with short range missiles. Worse, in the 20 years between 1990 and 2010, only 10 destroyers were launched from Chinese shipyards, out of which only two were Aegis-type – the 052C class.

Aegis – the shield of the Greek God Zeus – Combat System was already being developed in the 1970s in the U.S. The integrated naval weapons system was subsequently installed in the U.S. Navy’s Ticonderoga Class cruisers in the 1980s. The AEGIS system allowed Ticonderago to track and engage many targets more effectively than any previous U.S. Navy warship. 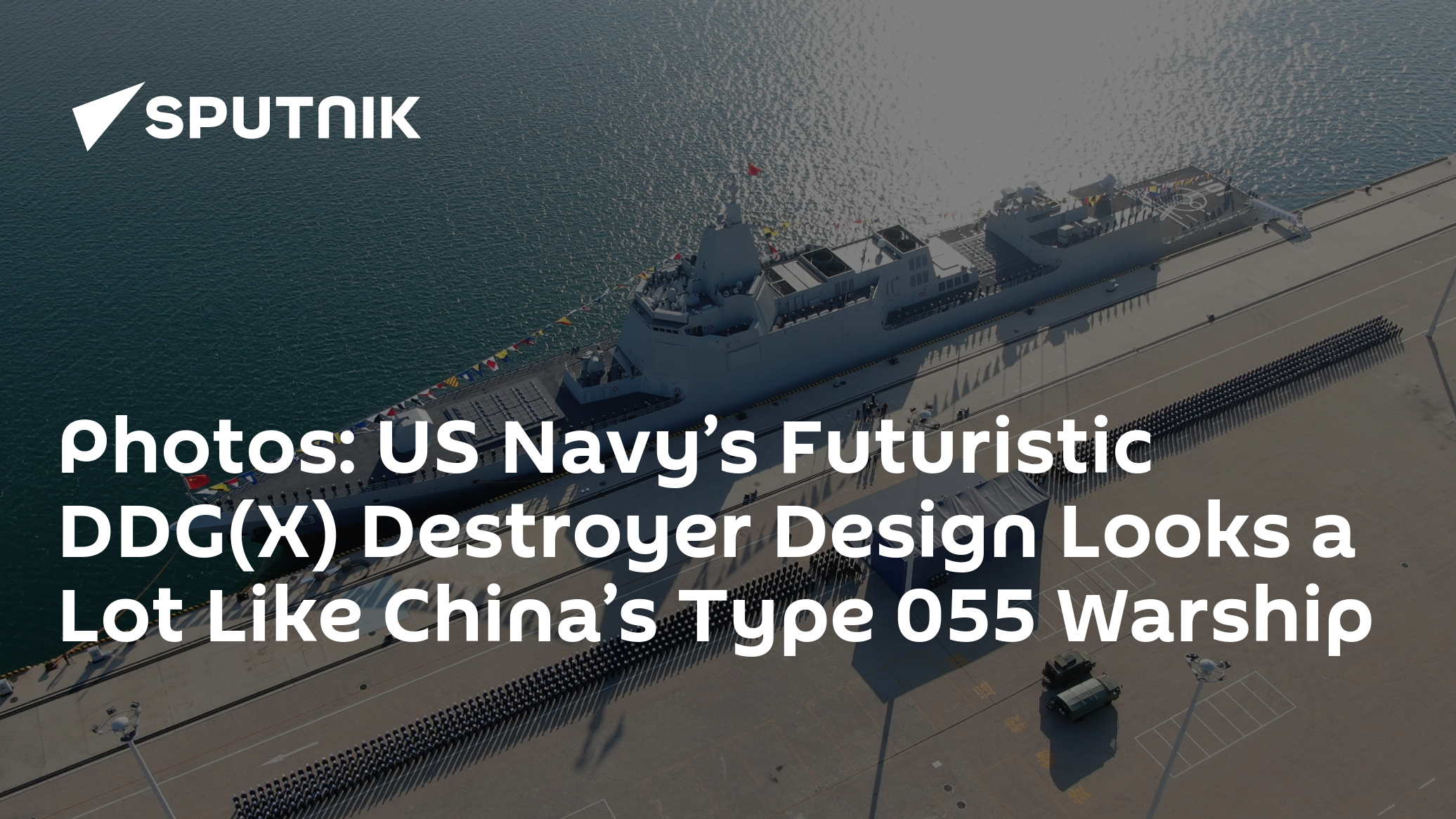 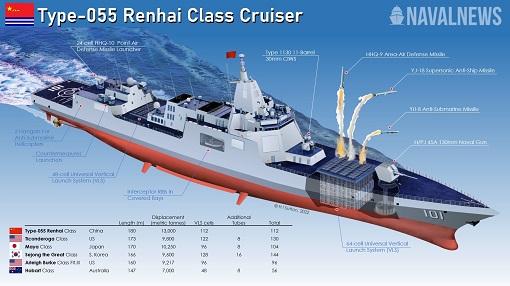 Not only the U.S. did not consider China as a threat at all, the Americans laughed at the Chinese Navy’s inferior system, which was decades out of date. Beginning 2000s, however, modern Chinese ships started to emerge. From Type-052C Luyang-II Class destroyer, the first Chinese warship with area air defence capability, it was succeeded by Type-052D Luyang-III model (known as the Chinese Aegis).

In fact, the Chinese Type 055 is one-third larger than the U.S. Navy’s Ticonderoga Class cruisers (9,800 tonnes) in terms of displacement. China has already built eight Type 055 destroyers, which is a class of stealth guided missile destroyers. Three of this Type 055 is operational (Nanchang, Lhasa and Dalian), with 8 ships already in the water, and China plans to build a total 16.

The Type 055 destroyers, costing 6 billion Yuan (US$950 million) a pop, are engineered and designed for multi-mission operations, including land-attack, open water maritime warfare, and anti-submarine missions. It is equipped with sonar systems that can locate hostile submarines, as well as rocket-propelled torpedoes, or anti-submarine missiles that can strike targets.

It is equipped with 112 vertical launch missile cells capable of launching a combination of surface-to-air missiles, anti-ship missiles, land-attack missiles and anti-submarine missiles. The Type 055 is so advanced that analysts think it not only could rival the U.S. Navy’s emerging Arleigh Burke-class DDG 51 Flight III destroyers, but also Zumwalt-class warships. 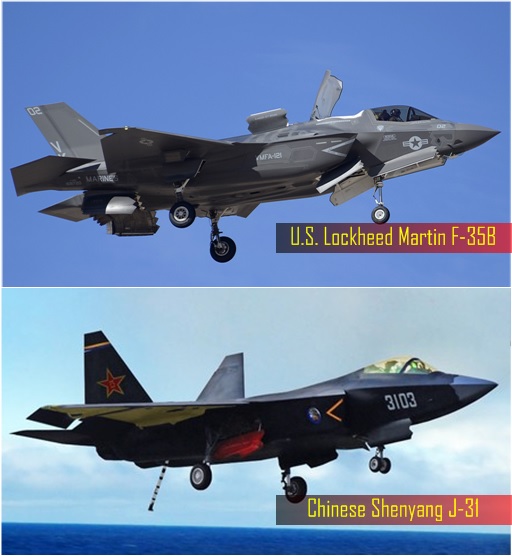 The Chinese biggest and most advanced warship, which will play its role as a “powerful escort” to aircraft carriers in battle groups, could also be useful to blockade Taiwan in an event of a war in the region. The Type-055 is also essential in China’s deep blue-water strategy, which requires large warships (such as Type-055 destroyers), aircraft carriers and amphibious assault ships.

Surprisingly, when the U.S. unveiled its New Generation Destroyer – DDG(X) – design this month as part of the U.S. Navy program to replace its 22 Ticonderoga Class cruisers and older versions of its Arleigh Burke destroyers, it immediately raised eyebrows. The U.S.’ new futuristic warship, supposedly capable of deploying hypersonic missiles and laser weapons, looks like a copy of Type-055.

Some Chinese netizens mocked and laughed at the U.S., saying that America’s next-generation destroyer DDG(X) directly copies China’s current Type-055 destroyer. If indeed the U.S. had taken the short-cut of copying the Chinese warship, it would mark a reversal of China’s long-standing practice of allegedly copying everything from the U.S. – ranging from smartphone to fighter jets. 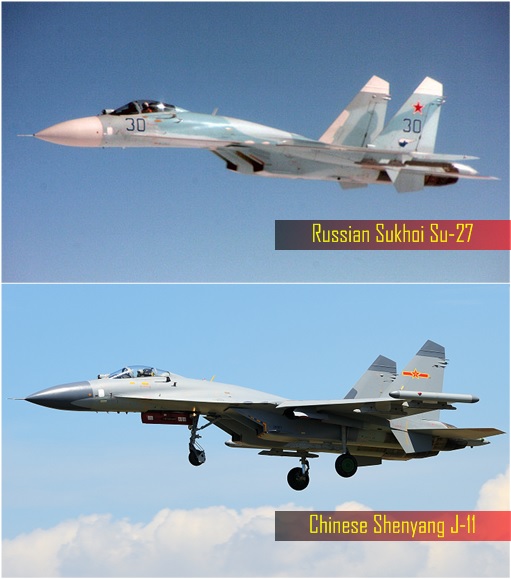 In the past, China’s high-tech weapons have been ridiculed as copy versions through espionage. For example, J-20 was said to be a mere copy of F-22 Raptor, while Shenyang FC-31 (known as J-31) looked like the F-35 stealth fighter jet. The design of Chinese UAV CH-4 also resembles that of MQ-9 Reaper drones, and Y-20 military transport aircraft was copied from C-17 Globemaster III.

However, the U.S. used to copy from other countries too. For instance, the Lockheed Martin’s F-35B jet’s so-called unique vertical take-off and landing (VTOL) ability actually incorporates technology from the Soviet-era Yak-38 (which was introduced in 1976) and Yak-141 carrier-launched fighters (introduced in 1987).

Some of the similarities between the Chinese Type-055 and the U.S. Navy’s next-generation missile destroyer, which was revealed at the Surface Navy Association (SNA) National Symposium in Arlington, Virginia, include the shape of its hull, a clipper bow with a bulbous protrusion, and forecastle, as well as the shape of its mast and superstructure.

The U.S. Navy said that the DDG(X), estimated to start construction in 2028, will trade the traditional gas-turbine propulsion system for one like the Integrated Power System found on the Zumwalt class guided missile destroyers. Shockingly, the new ship will have just 32 Mk-41 vertical launch system (VLS), compares to Arleigh Burke’s 96 Mk-41 VLS cells and Type-055’s 112 VLS tubes.

China may not have the number or the size of aircraft carriers as the United States, for now. But the balance shifts dramatically when the low-profile escort vessels are taken into account simply because aircraft carriers are not the only source of military power. Stealthy destroyers and missiles can defeat a larger aircraft carrier being escorted by old cruiser, such as a 40-year-old Ticonderoga. 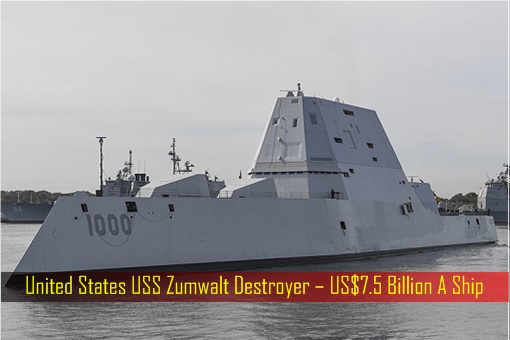 The best part is, even the U.S. does not know the full capability of the Type-055. Some said the Chinese vessels are fitted with 20-megawatt generators capable of powering high-energy weapons such as lasers and electromagnetic rail guns. As China builds more Type-055 at insane speed, the U.S. is stuck on the drawing board after an earlier replacement program – the USS Zumwalt class – was abandoned due to excessive costs.

Even as the DDG(X) was revealed to be a copy of Type-055, it appears the design is rather sketchy because no information about the dimensions of the U.S. next-generation destroyer was disclosed, such as its length and water displacement. Could its length just a fraction of Type-055’s 180-metre, hence it could only fit 32 Mk-41 vertical launch system (VLS)?