Deltacron – Is The New Covid-19 Variant Real, Or Being Ignored Because Experts Too Busy & Tired Of Omicron?

It may sound like Megatron – the villain and the supreme leader of the Decepticons, a faction of warmongering Transformers who seek to conquer their home planet of Cybertron, and the rest of the universe. But “Deltacron”, a Covid-19 new variant that possessed characteristics of Delta and Omicron variants, has raised eyebrows among scientists – if indeed it exists.
The Deltacron was apparently discovered in Cyprus by Leondios Kostrikis, professor of biological sciences at the University of Cyprus and head of the Laboratory of Biotechnology and Molecular Virology. After his team identified 25 cases of Deltacron, Kostrikis said – “There are currently Omicron and Delta co-infections and we found this strain that is a combination of these two.”

However, coming at a time when Omicron variant is spreading like wildfire around the globe, other scientists were not impressed, let alone convinced of the new variant.  Dr Jeffrey Barrett, director of the Covid-19 Genomics Initiative at the Wellcome Sanger Institute, said – “This is almost certainly not a biological recombinant of the Delta and Omicron lineages,”

Thomas Peacock, a research associate at Imperial College London’s Barclay Laboratory, also said that the ‘”Deltacron” sequences could be due to “contamination”. He also argued that Omicron has not circulated long enough to produce a true recombinant. And because Omicron existed for only a couple of weeks, it was unlikely that the variant has become a true recombinant to form Deltacron with Delta.

Therefore, the UK-based virologist agreed that Deltacron was nothing but laboratory contamination – not a new strain. Scientists who were skeptical of the new variant suggested that fragments of Omicron have accidentally been inserted into Delta’s genetic make-up during the sequencing process that takes place when attempting to identify a Covid variant infection. 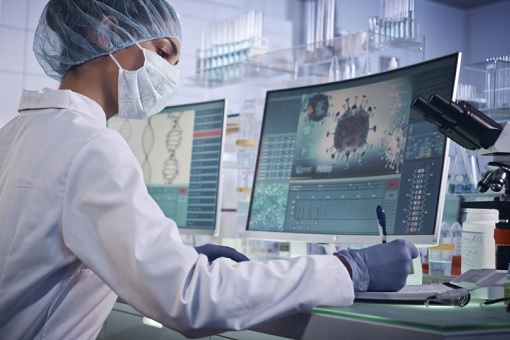 However, the Cypriot scientist defended his discovery, and offered his justifications. He said the theory of contamination can be ruled out because Deltacron infection is higher among patients hospitalised for Covid-19 than among non-hospitalised patients. In addition, the samples were processed in multiple sequencing procedures in more than one country, such as in Israel.

According to Kostrikis, of the 25 samples taken in Cyprus, 11 were hospitalised due to the virus, while 14 were from the general population. Regardless of the debate, as Delta and Omicron variants continue to circulate, it’s possible that both variants could mix, leading to recombination. No scientist can say for sure that both variants can never combine with each other to create a new variant.

As the world faces a new wave of infection thanks to Omicron, the last thing scientists want is another new Coronavirus variant. On Monday (January 10), the U.S. saw 1.5 million new cases – the highest infections in a single day since the pandemic started in 2020. On Tuesday, the U.S. surpassed its record for Covid-19 hospitalizations with 145,982 people admitted to the hospitals.

United Airlines, for example, not only cancelled thousands of flights during the year-end holidays because of winter storms and Omicron, but also has to address a surge in sick calls among its employees. Already, 3,000 of its workers are currently tested positive for Covid. As part of incentives for pilots to pick up trips through January this year, United offered “triple pay” on December 31, 2021.

Europe saw more than 7 million newly-reported cases in the first week of 2022, more than doubling over a two-week period. The WHO (World Health Organization) said even though the Omicron variant is on track to infect more than half of Europeans in the next 2 months, it should not yet be seen as a flu-like endemic illness. The WHO has also warned against describing the Omicron as mild.

While recent studies indicate that Omicron is less likely to make people seriously ill than previous Covid variants, the WHO said the variant is killing people across the world nevertheless. The variant, which is highly infectious even among those who had been vaccinated, had been reported in 50 of the Europe region’s 53 states and was becoming dominant in western Europe.

One of the reasons Omicron is described as mild is because it affects the upper respiratory tract (nose, mouth and throat) more than the lungs, causing milder symptoms (such as chest pain, headache, backache and sore throat) than previous variants. However, the incubation period – the time from infection to symptoms appearing – was as short as three days.